Some time ago Aralsk town prospered, because real sea splashed by its shores, and local citizens were engaged in shipping and made a living by fish catching. In the 60-ies of the last century, the water began to go down rapidly, and the Aral sea gradually turned into a desert…

I wonder, white gates at the entrance to the town is the remains of olden luxury or an attempt to somehow decorate the sober reality? Anyway, it seems that you enter the ancient Greek Panticapaeum, but not in the godforsaken steppe town. 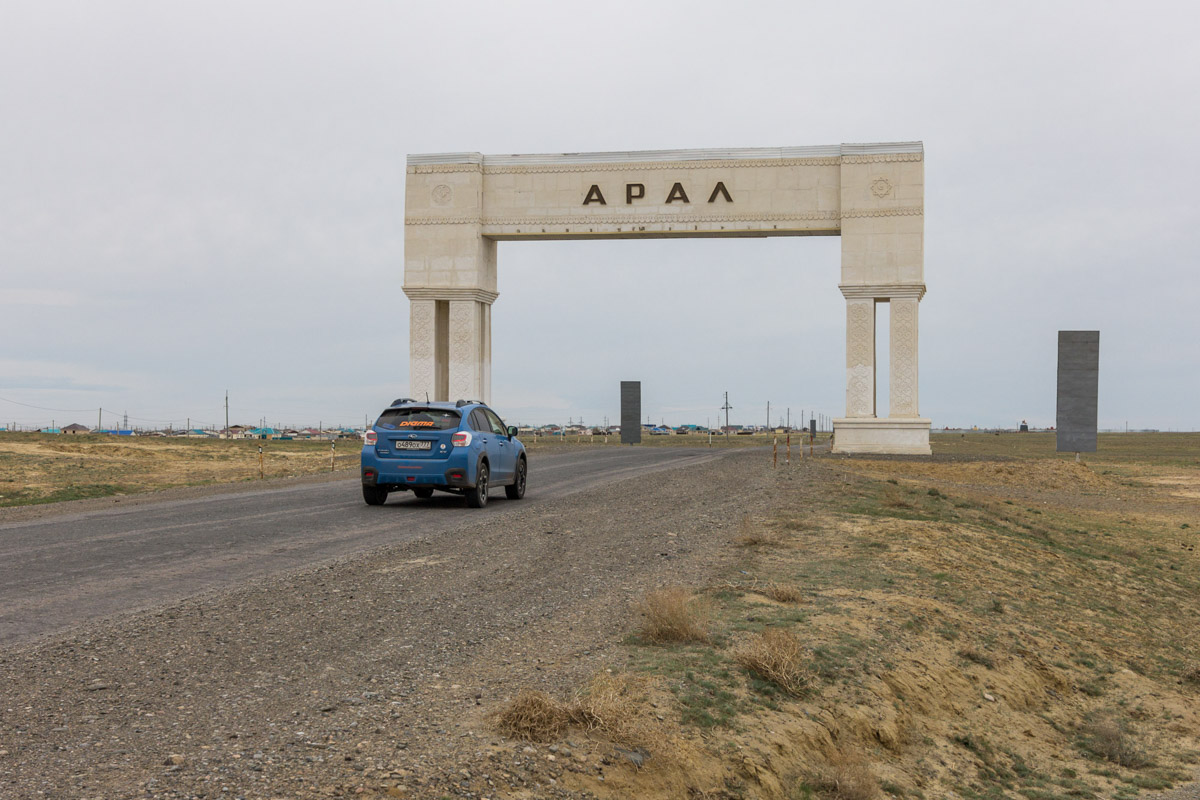 According to preliminary data, there are several sights in Aralsk: an neglected old steam locomotive, a once functioned seaport and a museum telling about the olden luxury. Let’s begin with the bad, don’t look for the locomotive any more, it’s already gone, but the museum is worth a visit, it consists entirely of exhibits of such kind. 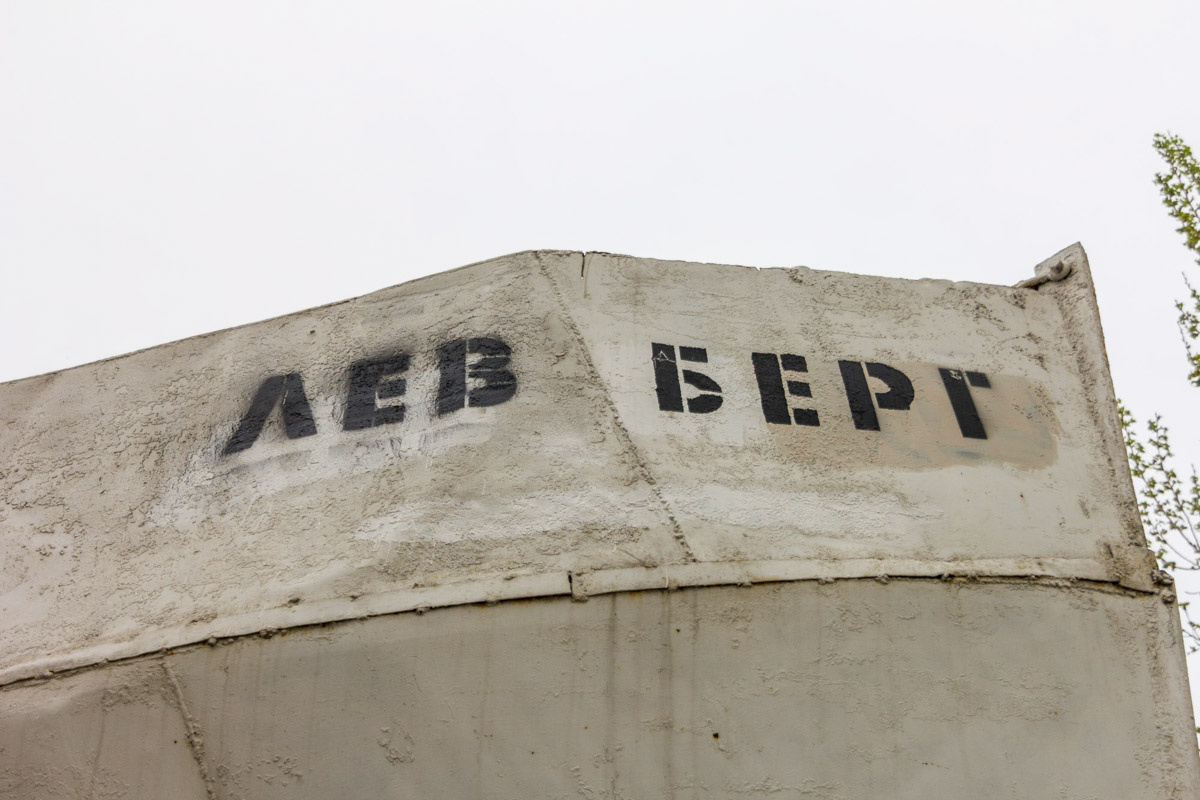 If you walk around the museum on the right side, you’ll see a ladder leading to the deck of the ‘Lev Berg’ ship. Go upstairs boldly, because only from here you can see the former seaport. It’s amazing that the lift cranes haven’t been taken it into scrap-metal yet, probably people still have hope for the return of a big water. 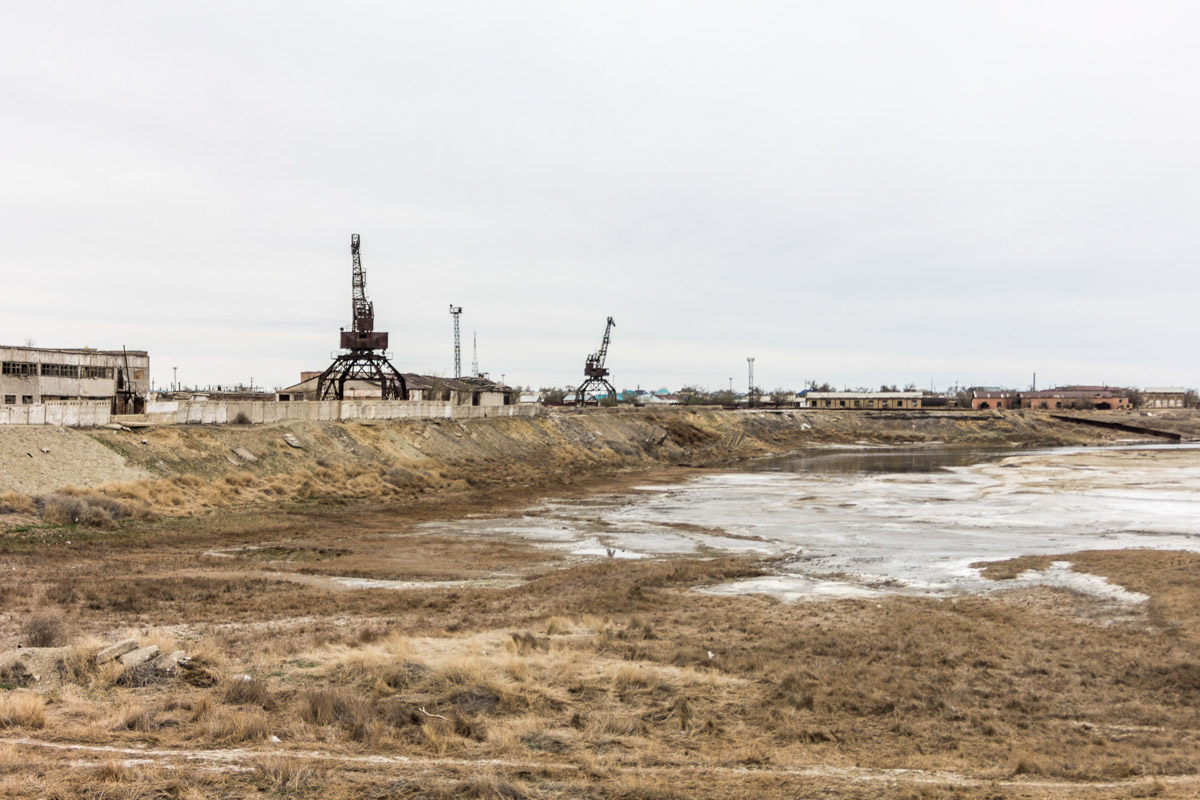 Of course, the Aralsk town is colorful, but we won’t stay on here for a long time — we have a different purpose. They say that if we drive deep into the wild steppe, which was once the sea bottom, you can find the remains of old ships, which are stuck in the sand dunes for several decades. We decided to go in search of them. 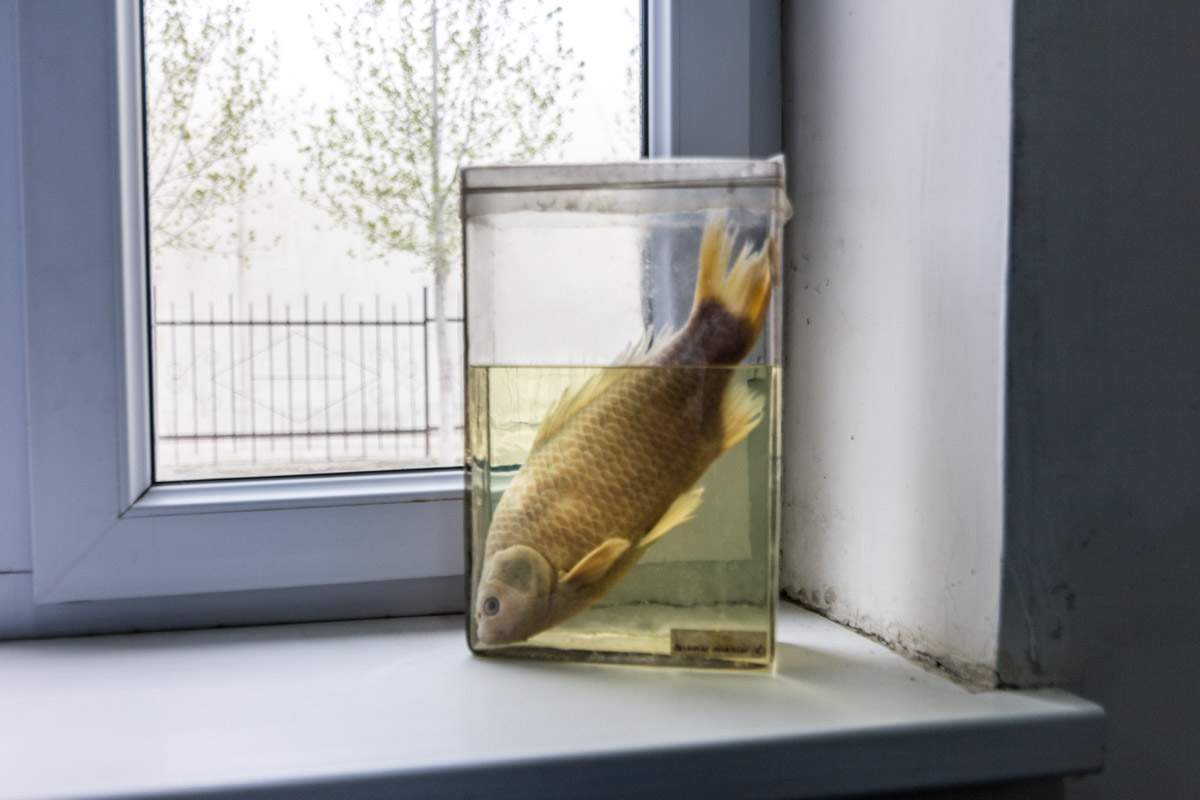 The Zhalanash village is located in 60 kilometers from Aralsk, according to preliminary data “eternal parking” of the ships are concentrated nearby. The road, made of broken stones, unites town and village, it’s possible to drive only off-road or crossover here. It’s normal for locals to slash car’s tyres on this road. 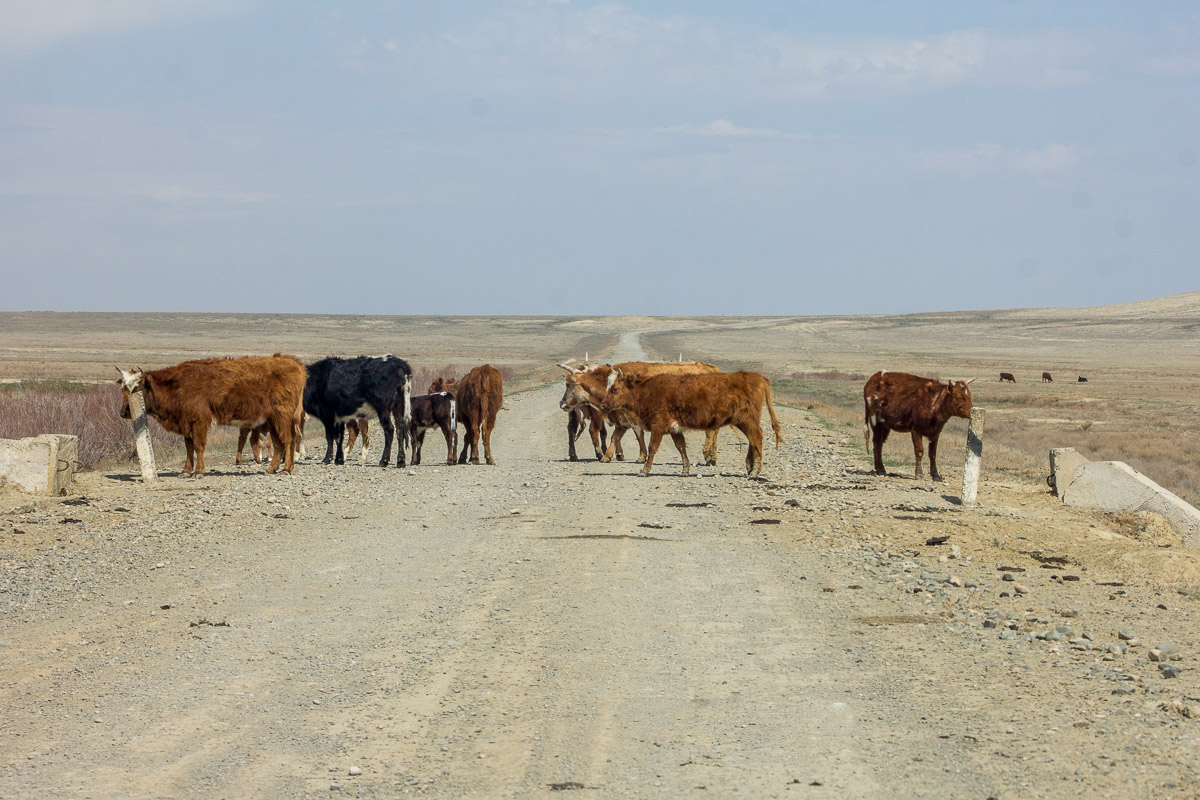 There are no more ships left, the locals told us that this year the last one was sawn and taken away in an unknown direction. But, we decided to go and see it for ourselves and, waiting for the morning, went on. The roads run across a mixture, consisting of shells, salt and sand. If you even try to get out of the route, the car immediately begins to get stuck in a swamp. In the end, almost reaching the shore, we decided to turn around, deep ashore was seen as the wind rises clouds of salt off the ground and turn them toward us. 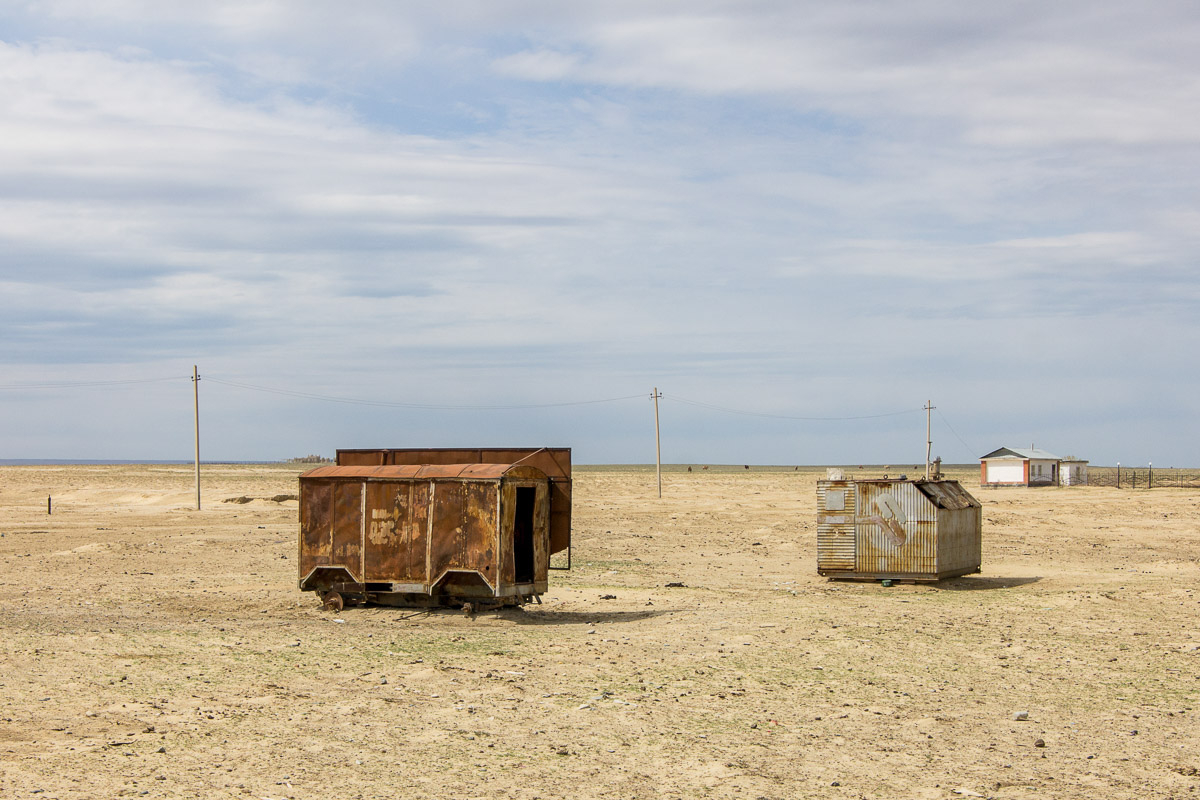 The ships were really once here, it’s confirmed by satellite photograths of past years and widely scattered rusty frameworks. Probably, the locals decided to earn some money and dismantled vessels for the purpose of later scrappage. People hardly waited for the return of the big water, although the local authorities ingeminate it annually and keep palming people off with promises. 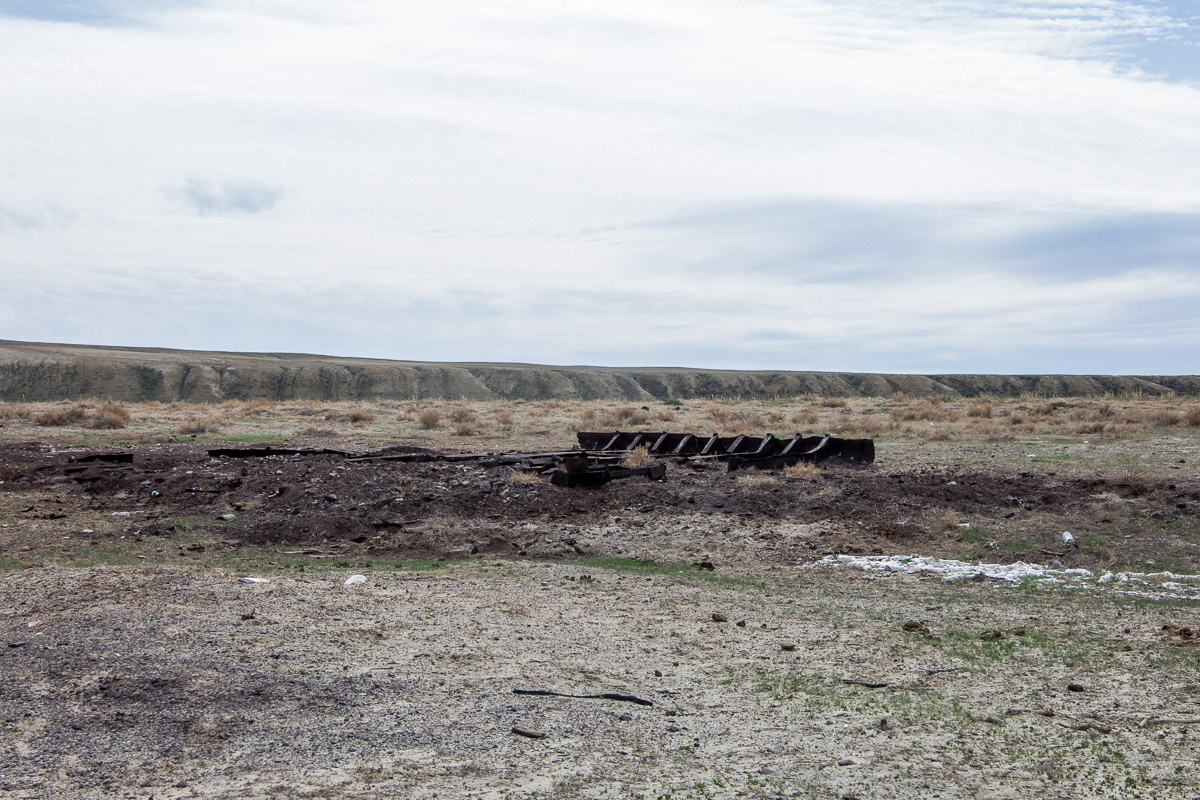 In fact, happening here is one hundred percent environmental disaster of universal importance. The dried sea presents the high hazard, because wind spreads not only salt, but also harmful chemicals that brought here by the Syrdarya and Amudarya river flows. Sodium hydrogencarbonate, sodium sulfate and sodium chloride are carried by air and destroy all natural vegetation and plant crops in the area. 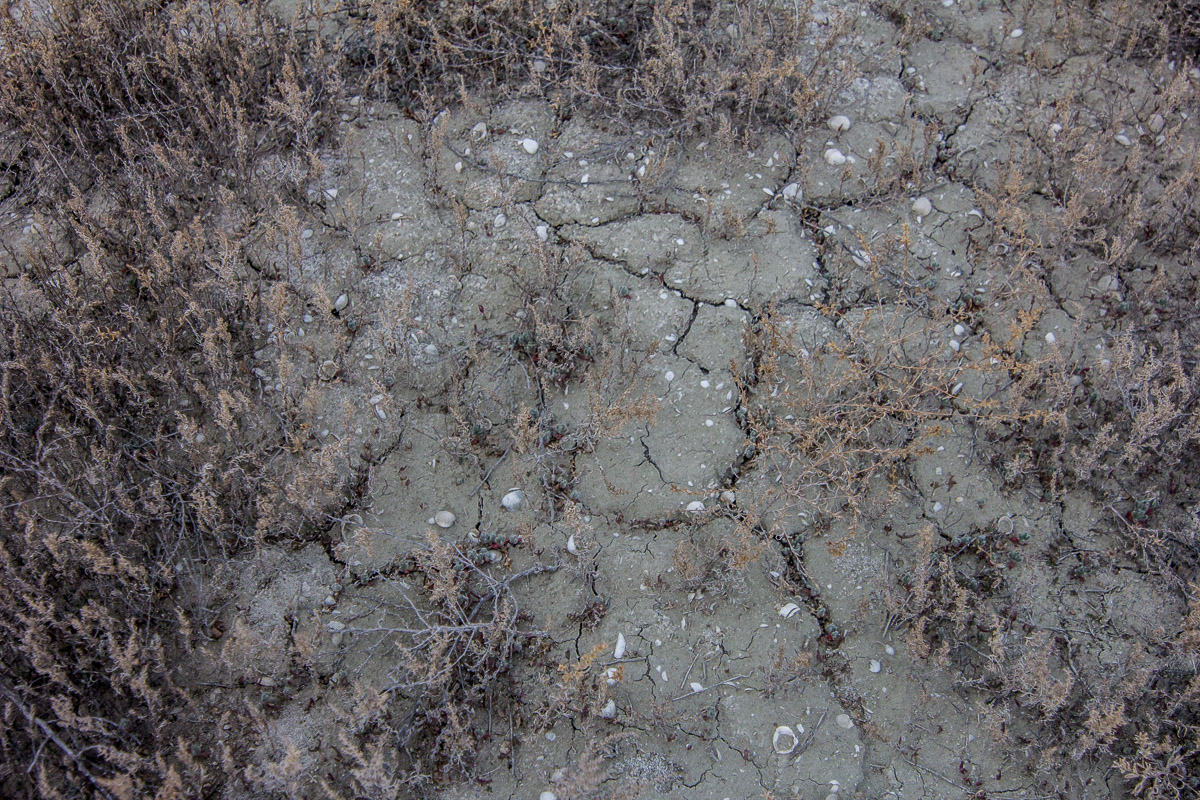 On the Renaissance island, which now became a part of the continent, military biochemical laboratory functioned until 1992, where bacteriological weapons were tested — warfare agents of anthrax, rabbit-fever, brucellosis, cholera, typhus, variola… 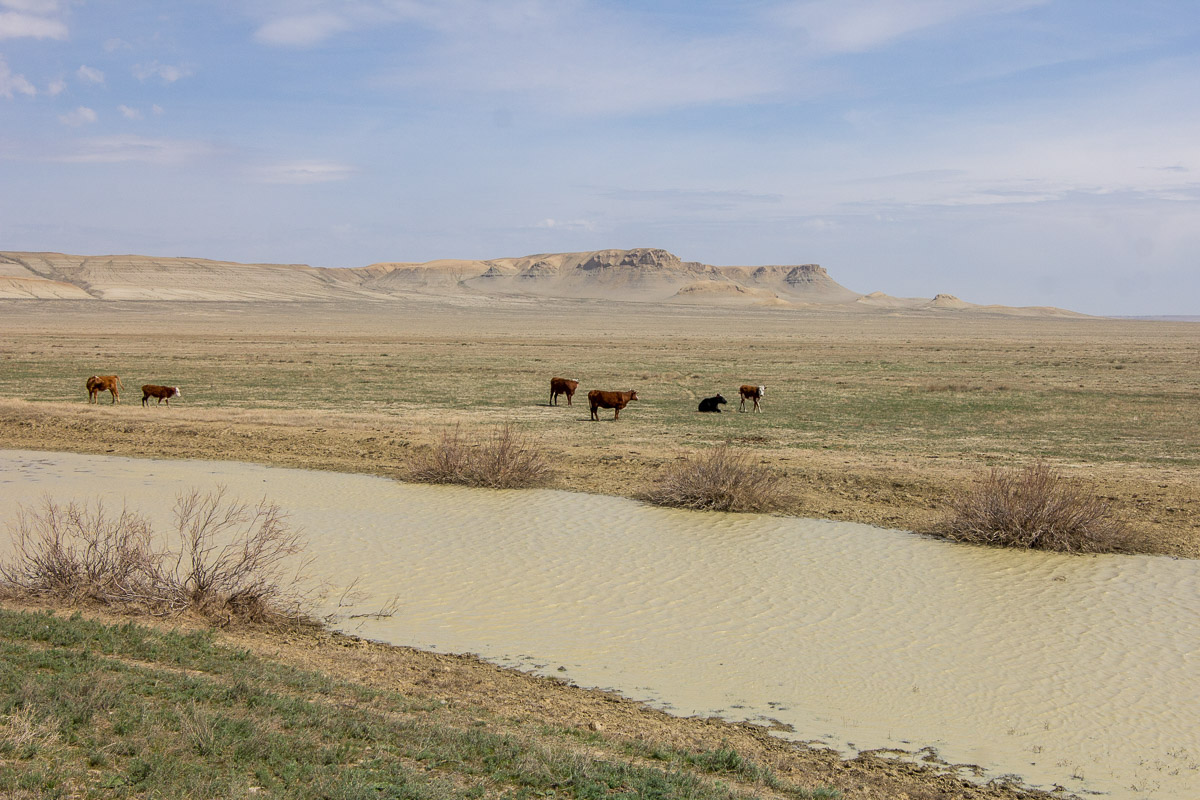 There exists a danger that these viruses haven’t lost their activity and can be carried by rodents. The drying up of the sea has somewhat affected the climate of the region: summer has become drier and hotter, winter — colder and longer. 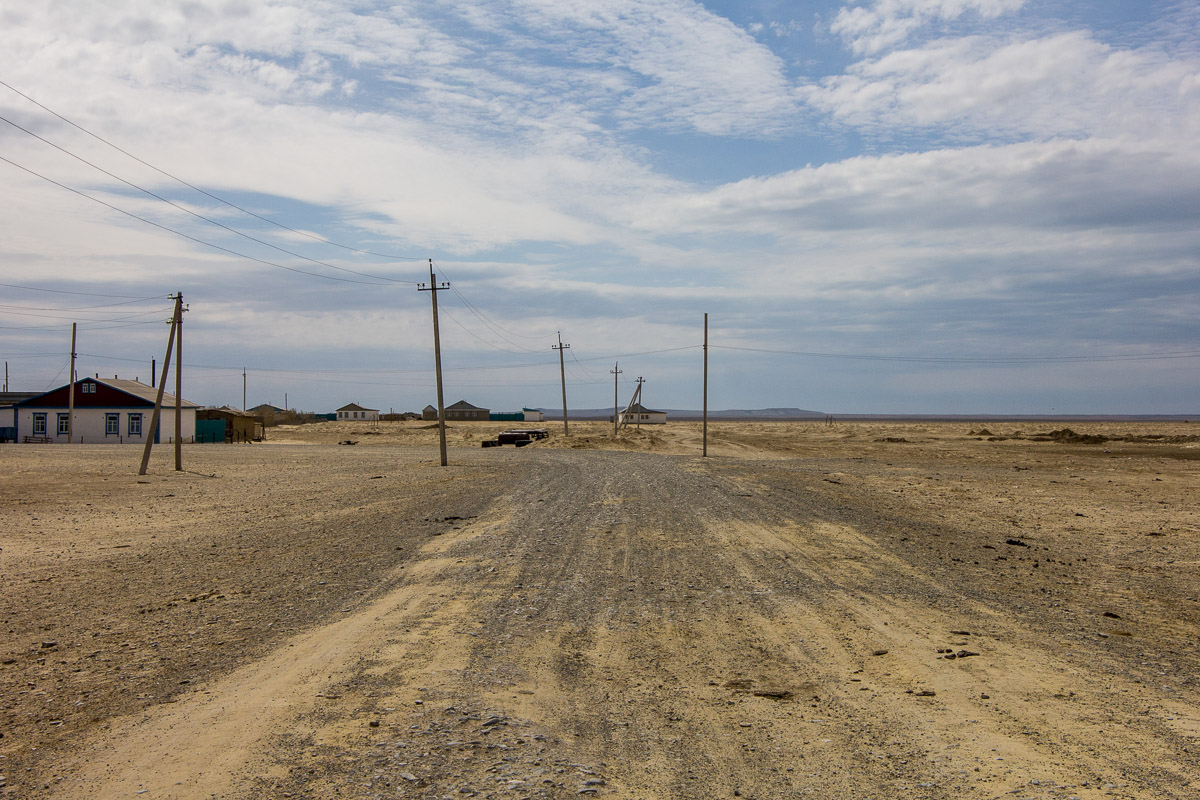 Until the 70s of the last century, about 34 various species of fish inhabited in the Aral sea, more than 20 of them were commercial. In the postwar years, 23 thousand tons of fish were caught. Only in Kazakhstan, 5 fish factories and 1 fish cannery were concentrated around the Aral sea. Simply stated, the region prospered and people used to work. Today, to put it mildly, the locals have to survive here.