The IFA exhibition, now taking place in Berlin, brought together more than a thousand representatives of various brands of consumer electronics and household appliances. Tens of thousands of guests from all over the world came to get acquainted with the novelties. We have prepared a detailed report from the exhibition.

IFA is the last major gadget show this year. It can be said the companies have summed up their work and will now begin to prepare for the presentation of new products at the January CES. What will IFA 2019 be remembered for? 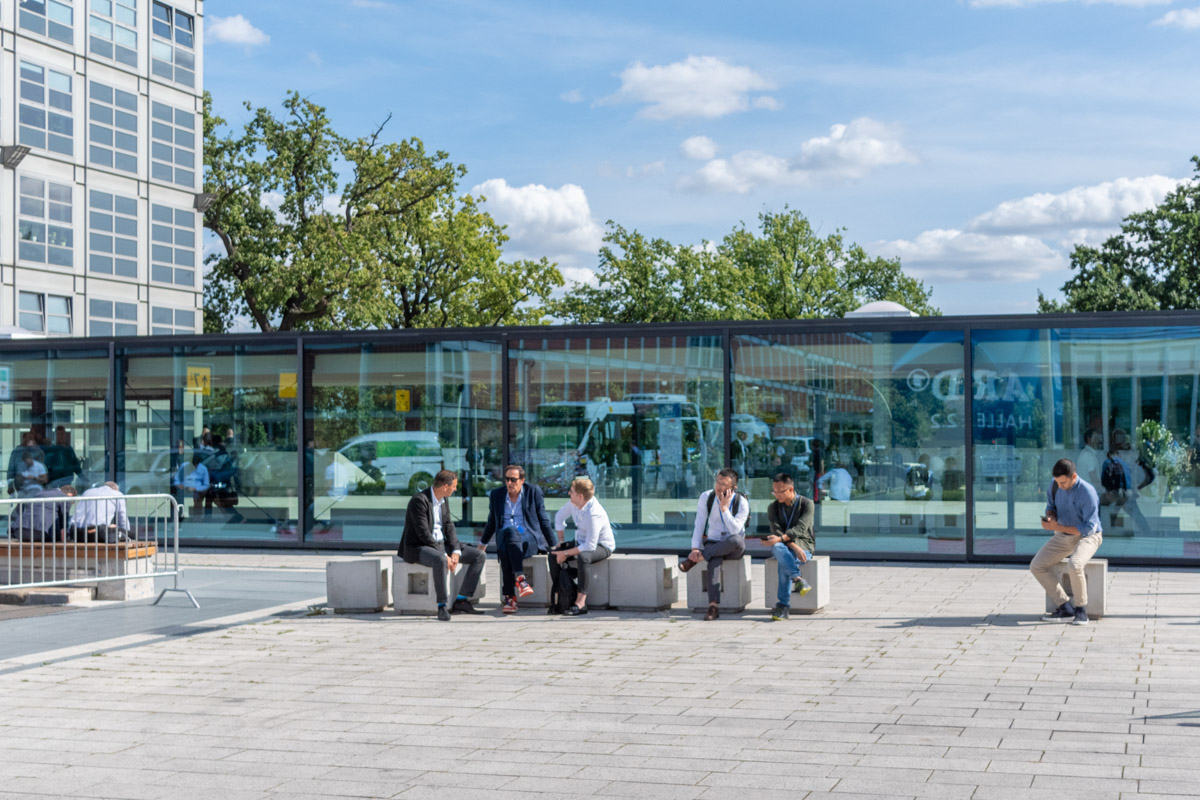 It’s worth noting all stands are located at the same places as last year. So the habitues of the exhibition have been easy enough to navigate. 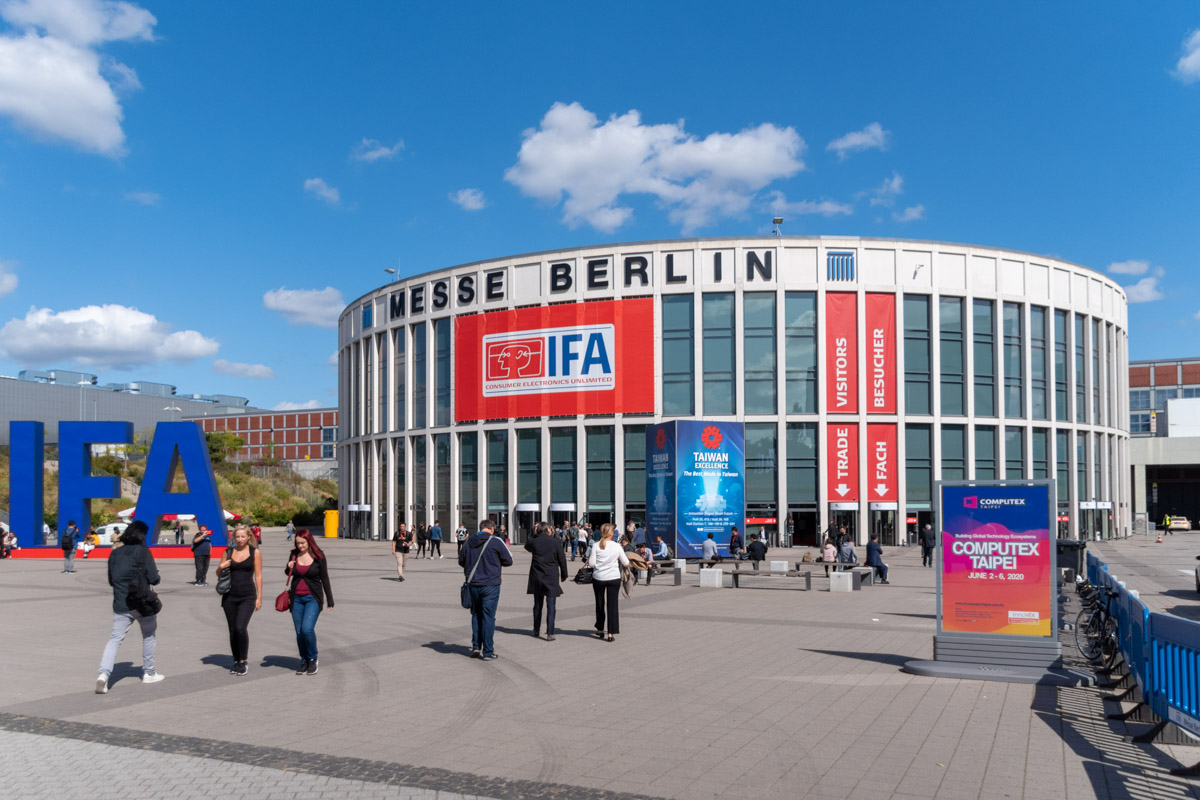 Besides, the organizers made plans of the pavilions, lists of participants and posted all this on the official website, so guests were able to make a route in advance. 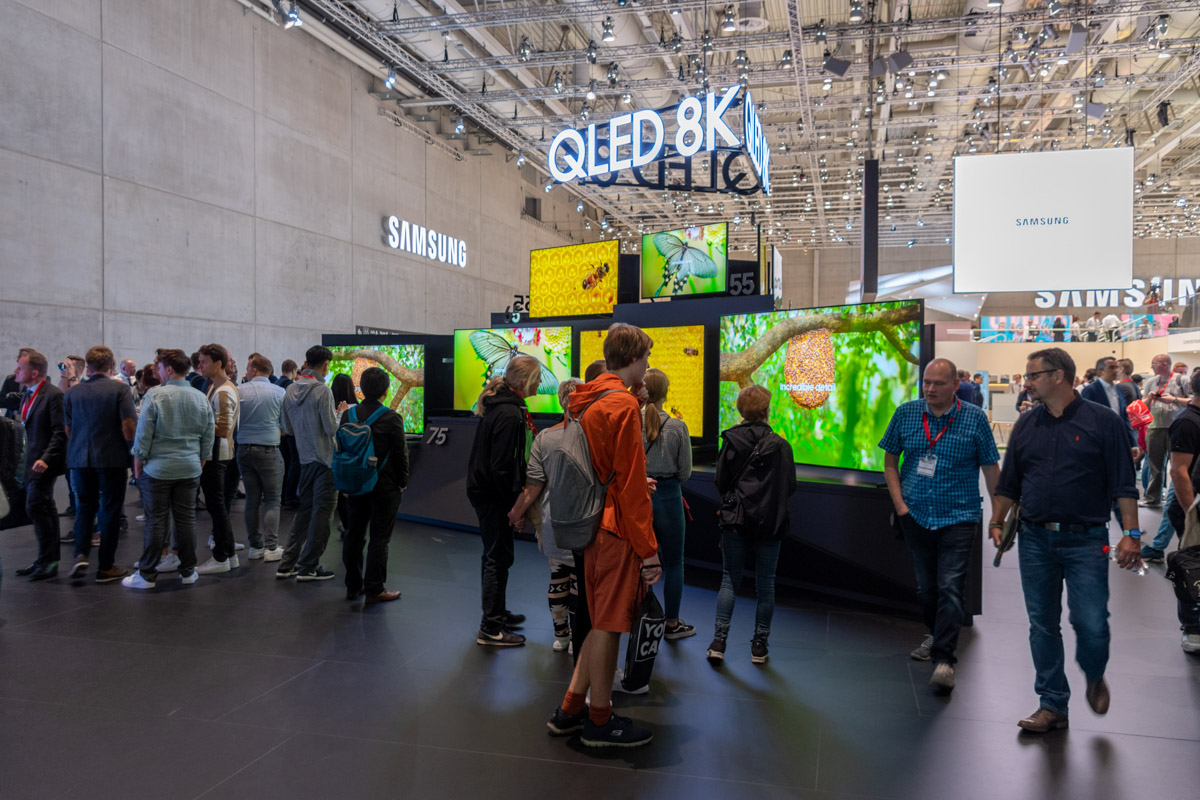 The biggest stand was shown by Samsung Corporation. Despite the fact that the company occupied an entire pavilion, it couldn’t meet the expectations of visitors. Everyone was waiting for the same luxurious atmosphere as it was last year. 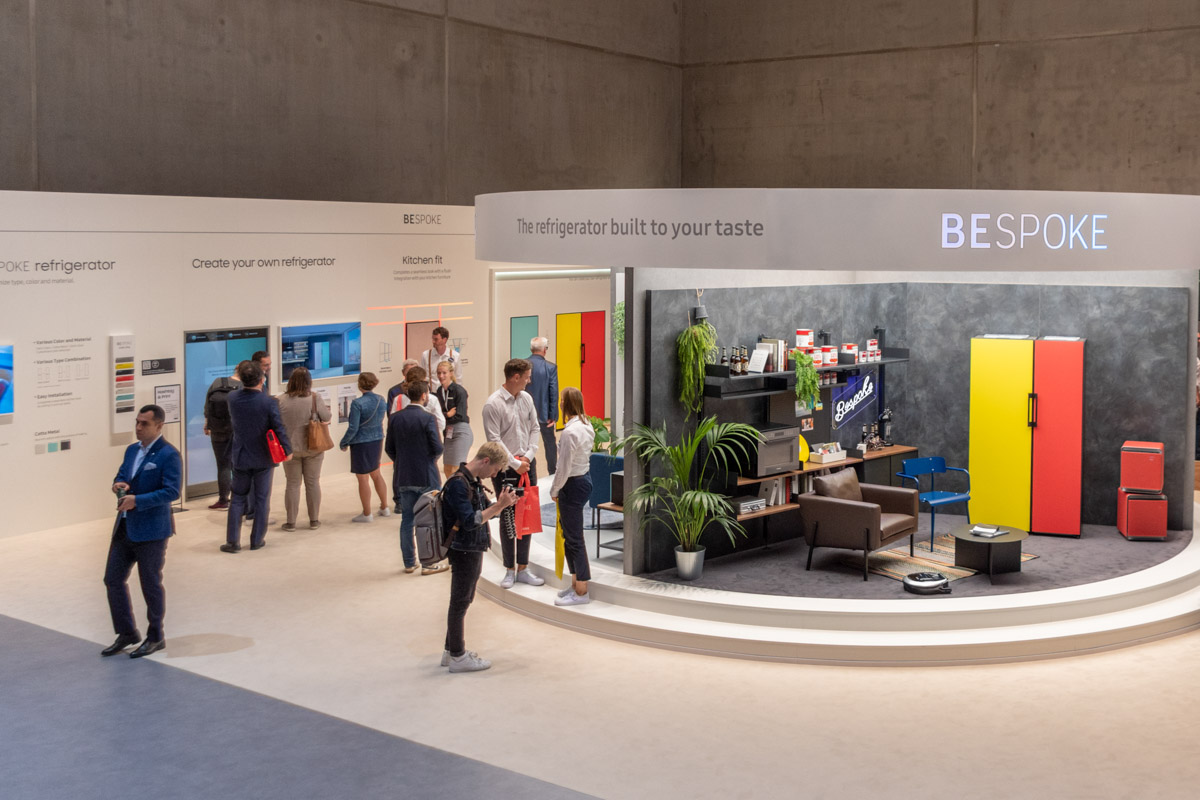 Fans of Samsung technology hoped to test a smartphone with a bendable Galaxy Fold screen. The company has already tried to present it, but its technical part failed. Despite the fact that the engineers have carried out ‘work on errors’, the smartphone’ve been feared to be given to the masses. 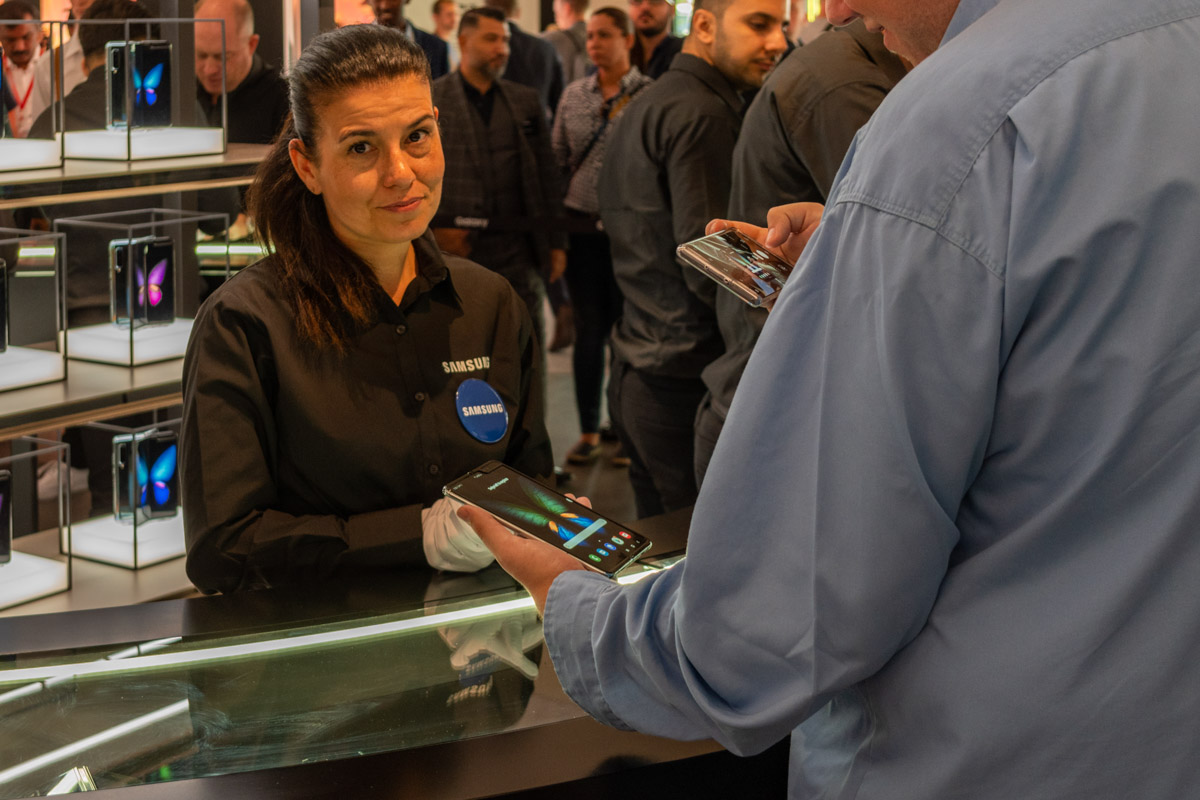 It was organized a separate guarded stand for him behind which professional consultants stood and showed the gadget only for a limited time. 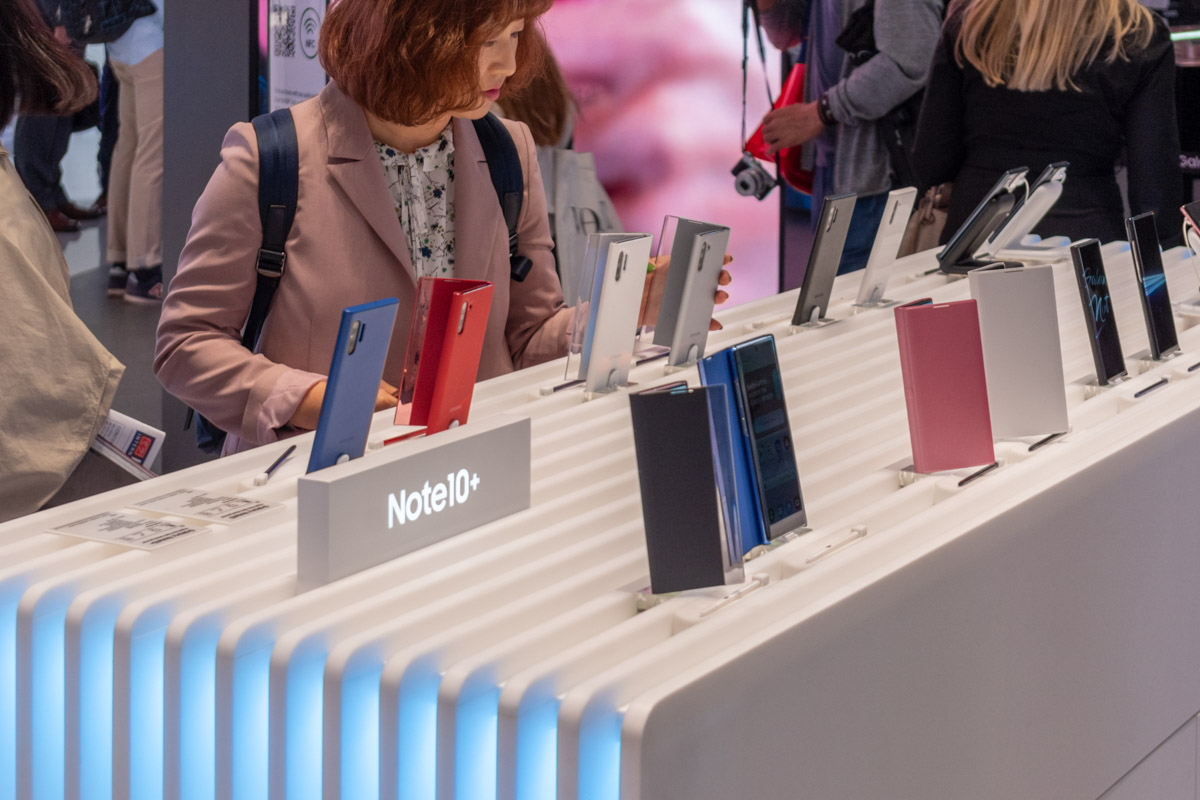 Classy Samsung Galaxy Note 10+ business flagman with support for 5G was able to obscure the confusion with Galaxy Fold. Dynamic AMOLED Display with curved edges, protection from water and dust, triple video camera, 3500 mAh battery – this is not all the advantages of Note 10 and Note 10+ . The gadget is complemented by an advanced S Pen stilus. 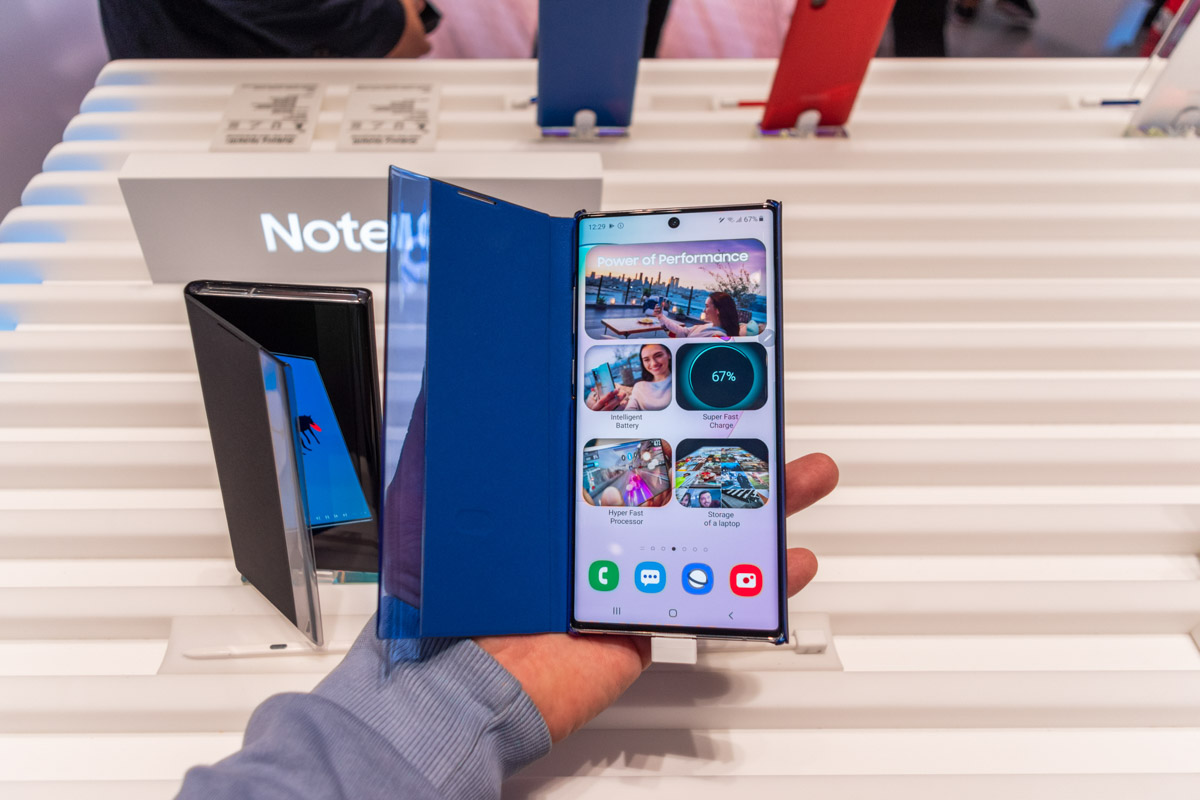 The highlight of the event was Philips company. It didn’t only design the stand in the form of a modern house, but also arranged a whole theatrical performance. 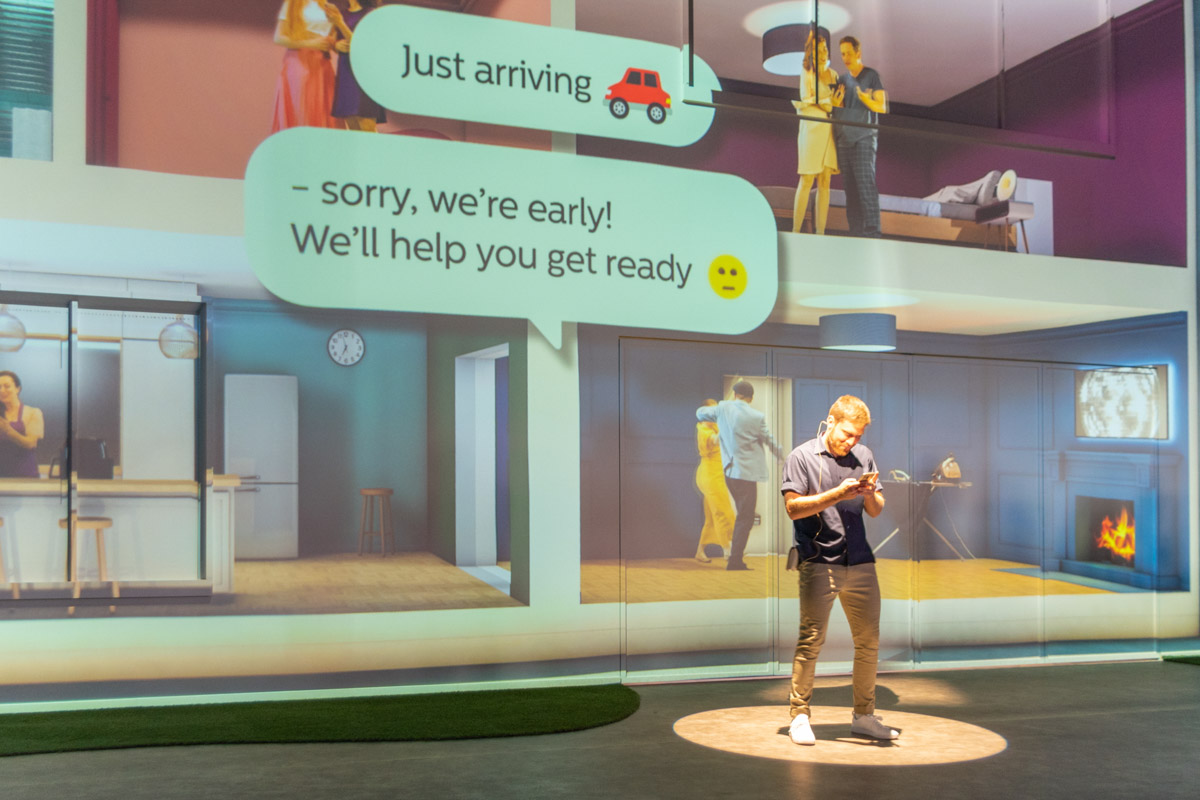 Every 15 minutes a group of spectators was met by a representative of the company, who ‘warmed up’ the audience, and then opened the doors to the Philips house. Professional actors acted out scenes involving the brand’s equipment – an aerogrill, an iron with a steamer, an electric razor, an innovative toothbrush, a snoring belt and TV sets. 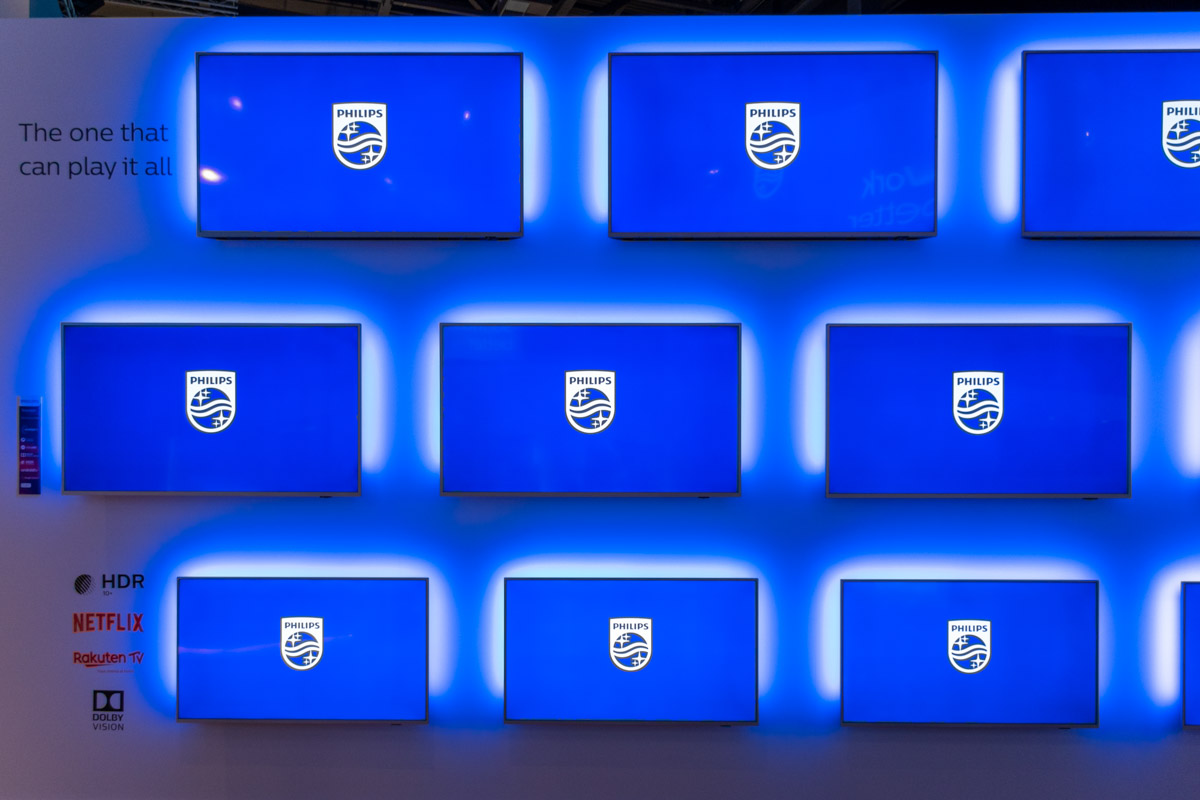 All this was accompanied by high-quality lighting and sound design. 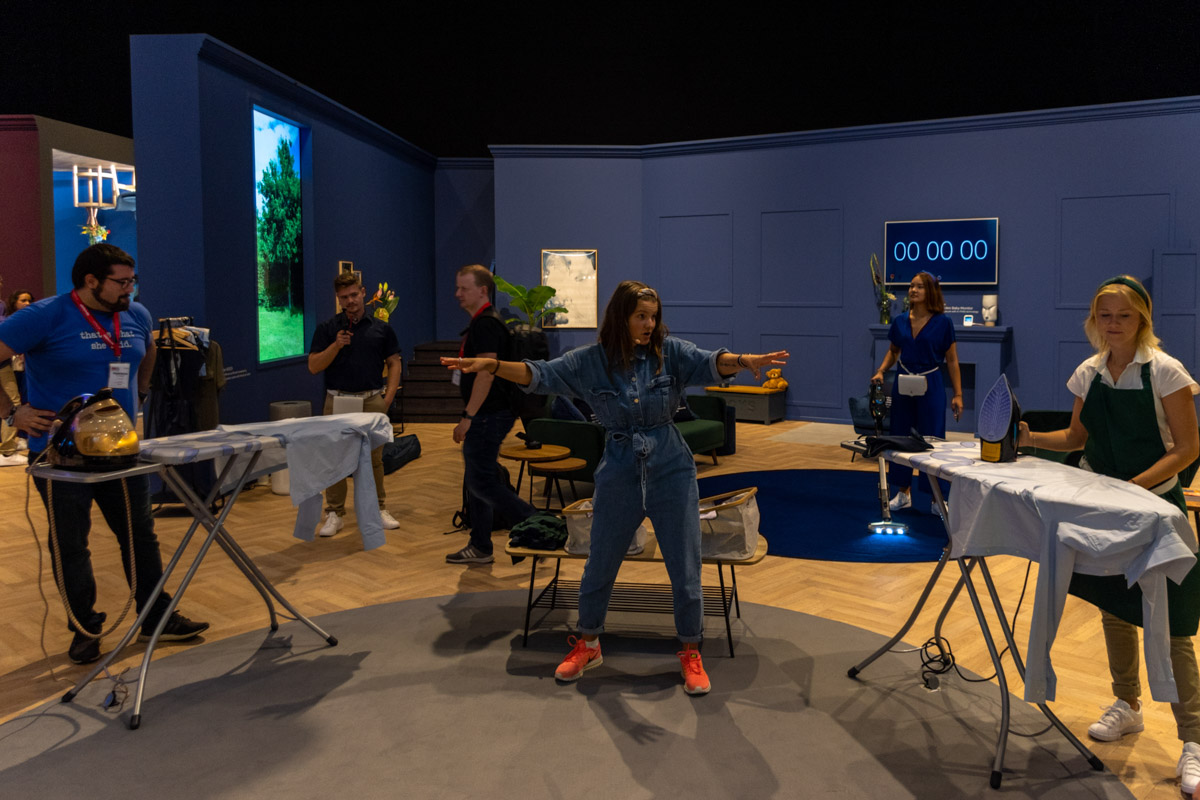 Everyone leaved the LG stand under the great impression also. The company introduced TV sets and TV-panels with support for 8K. 8K resolution is in the range of almost all manufacturers today, but only LG has the image of such quality. 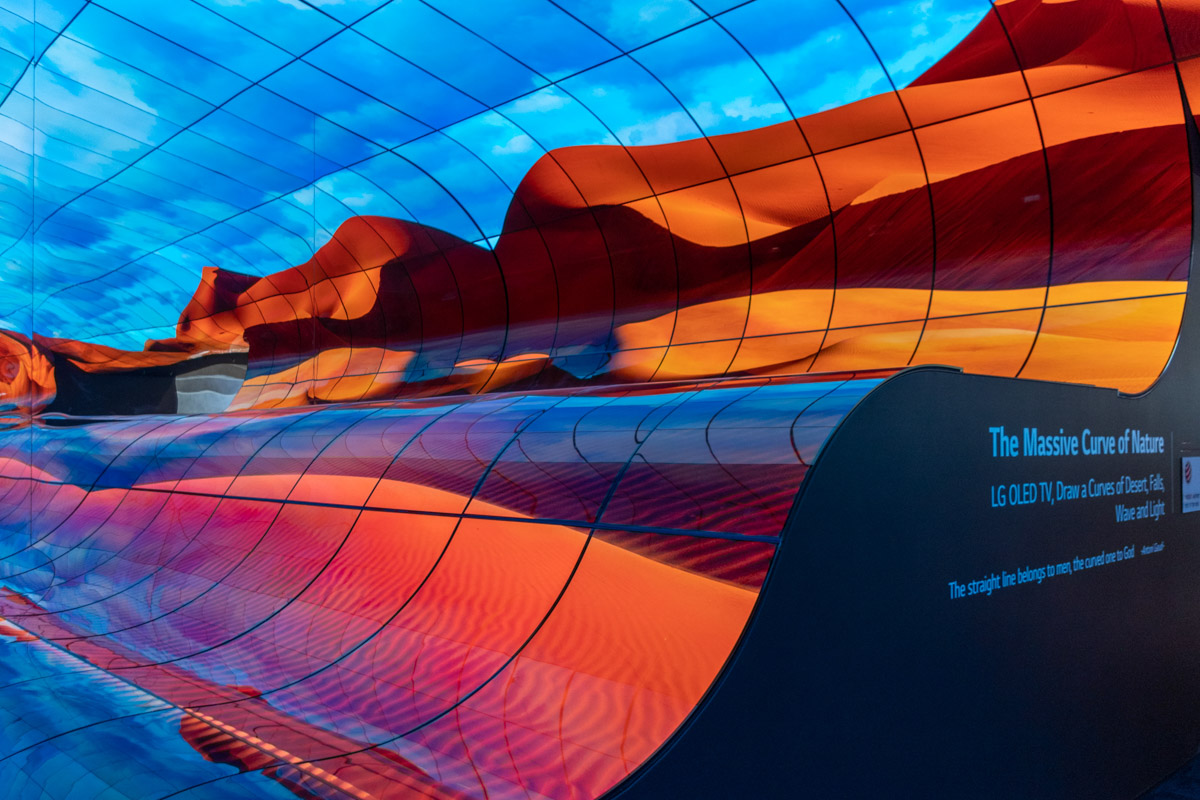 Ultra-precise color reproduction, increased detailing – all this creates the feeling that you are next to the broadcast events and watching them out the window. Unfortunately, the photos of the stand don’t convey the same feelings from viewing the 8K image from LG. 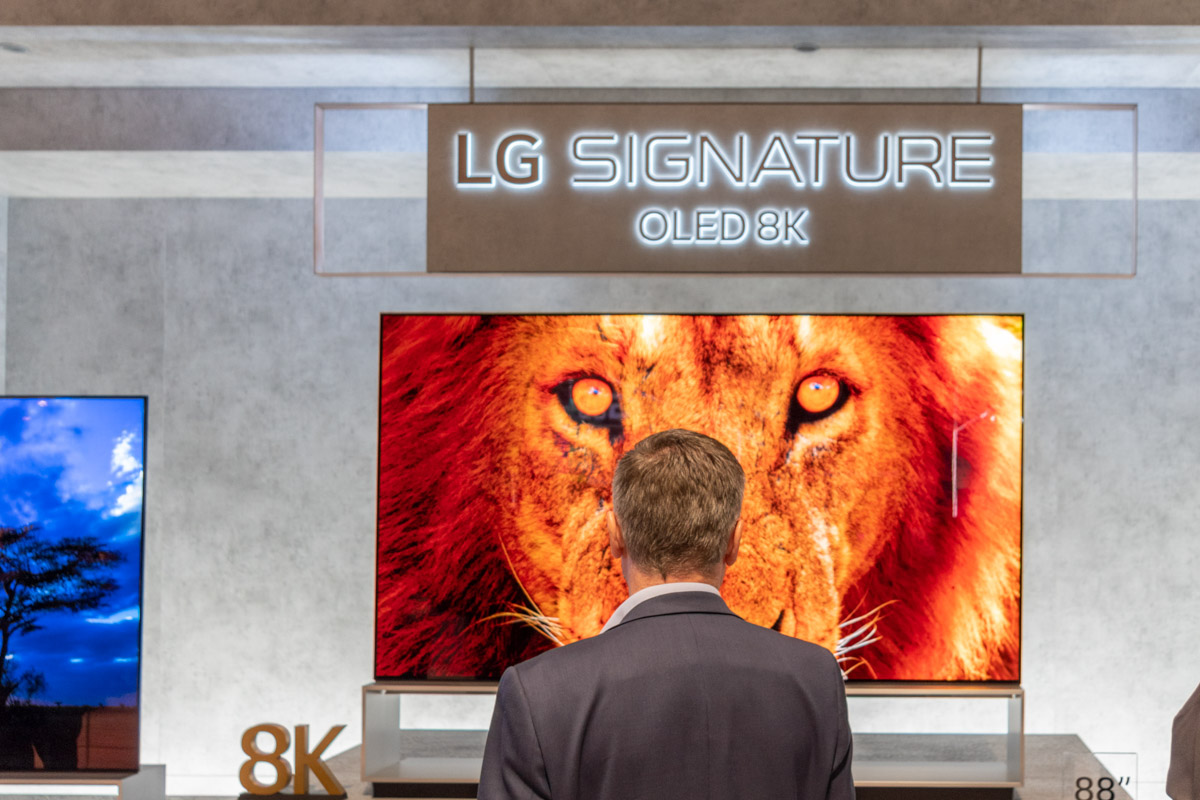 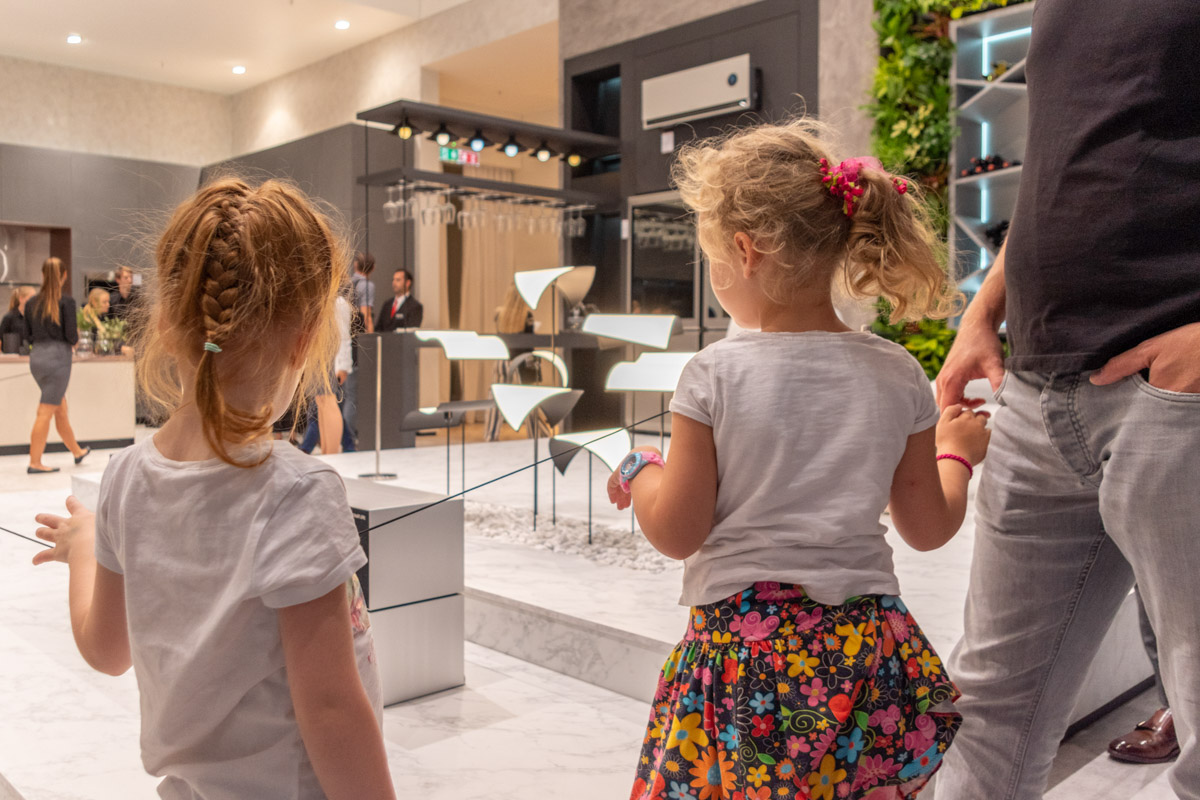 LG supports the concept of “Smart house”. Intelligent washing machines and dishwashers are offered for the European market, which are able to order detergents on the Amazon site. For the Russian market, only voice control of household appliances from anywhere in the world is available. The ThinQ app doesn’t only control the technique, but can also answer some user questions, such as: “How does the automatic air purifier mode work?”. 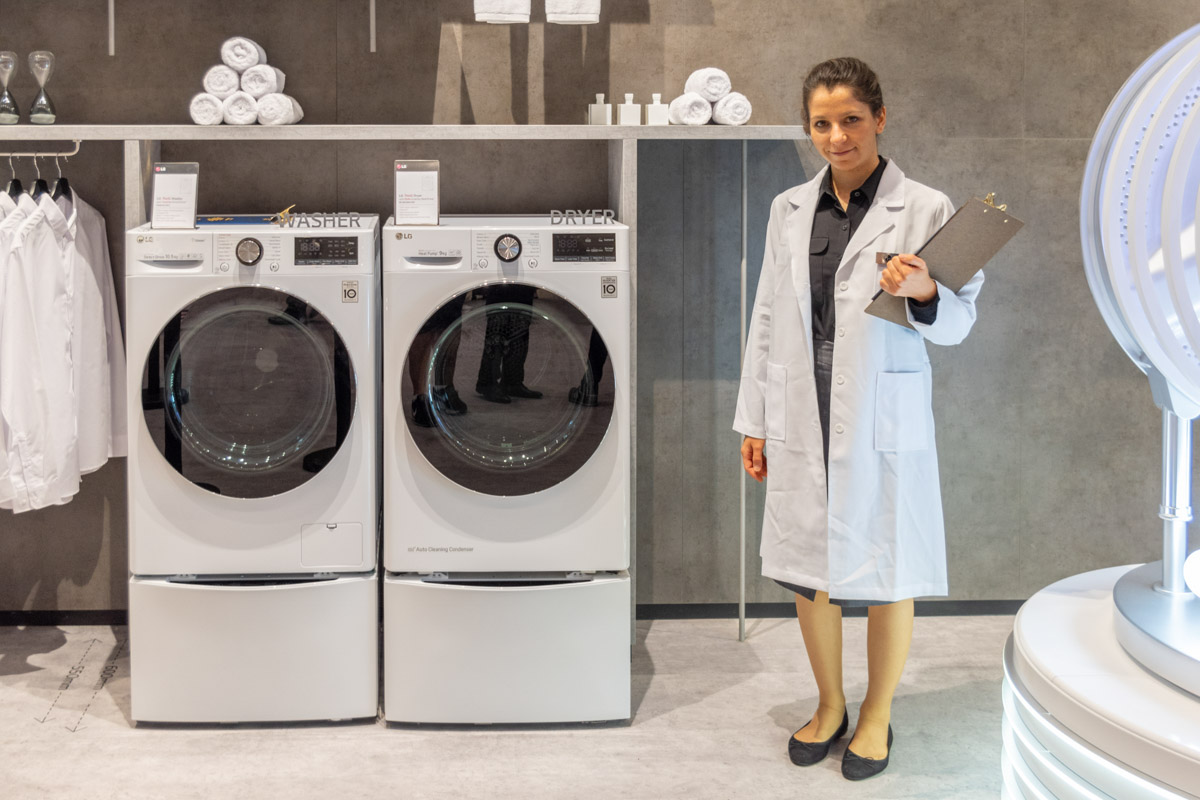 Sony represented a smartphone with a flagman filling, but in a compact body Xperia 5. The new smartphone differs from its predecessor, the Xperia 1, in screen size and resolution, which has decreased from 4K to Full HD+. 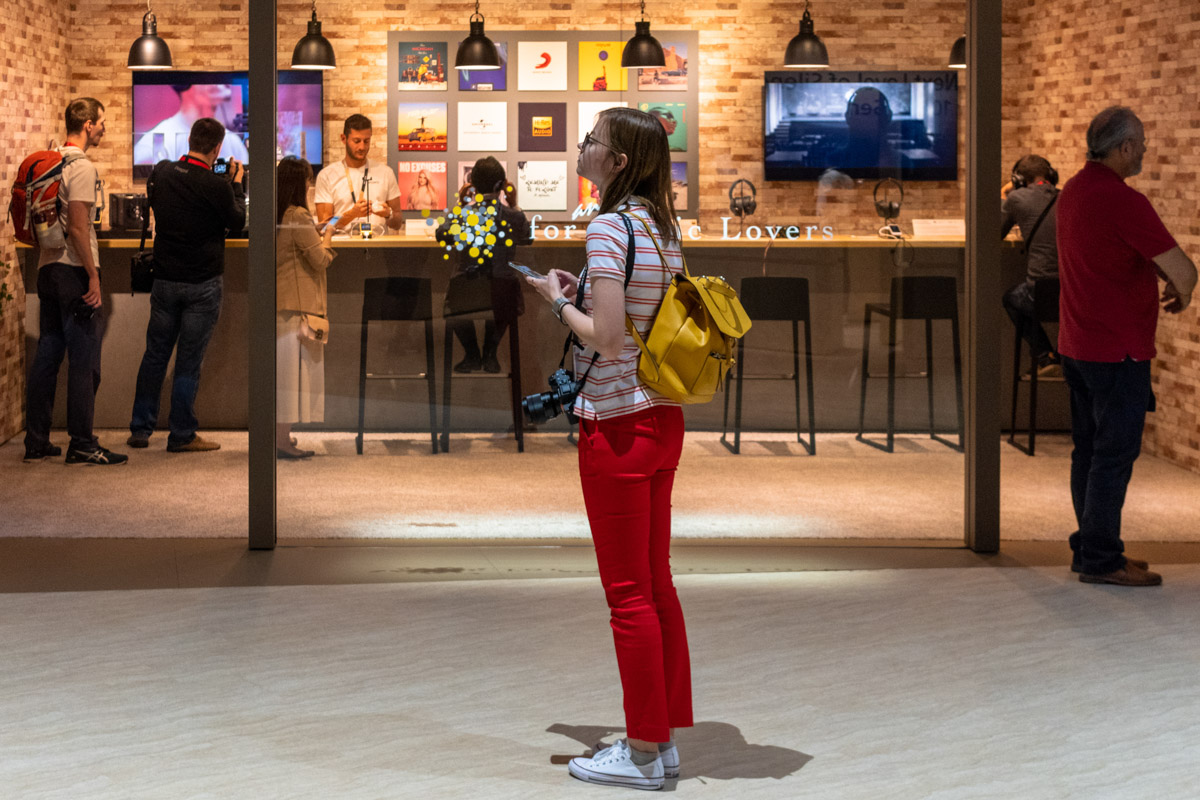 The rest of exhibitors obviously decided to save their new developments for next year. That’s why the large part of the equipment of other brands has already “lit up” at the exhibition in Barcelona. 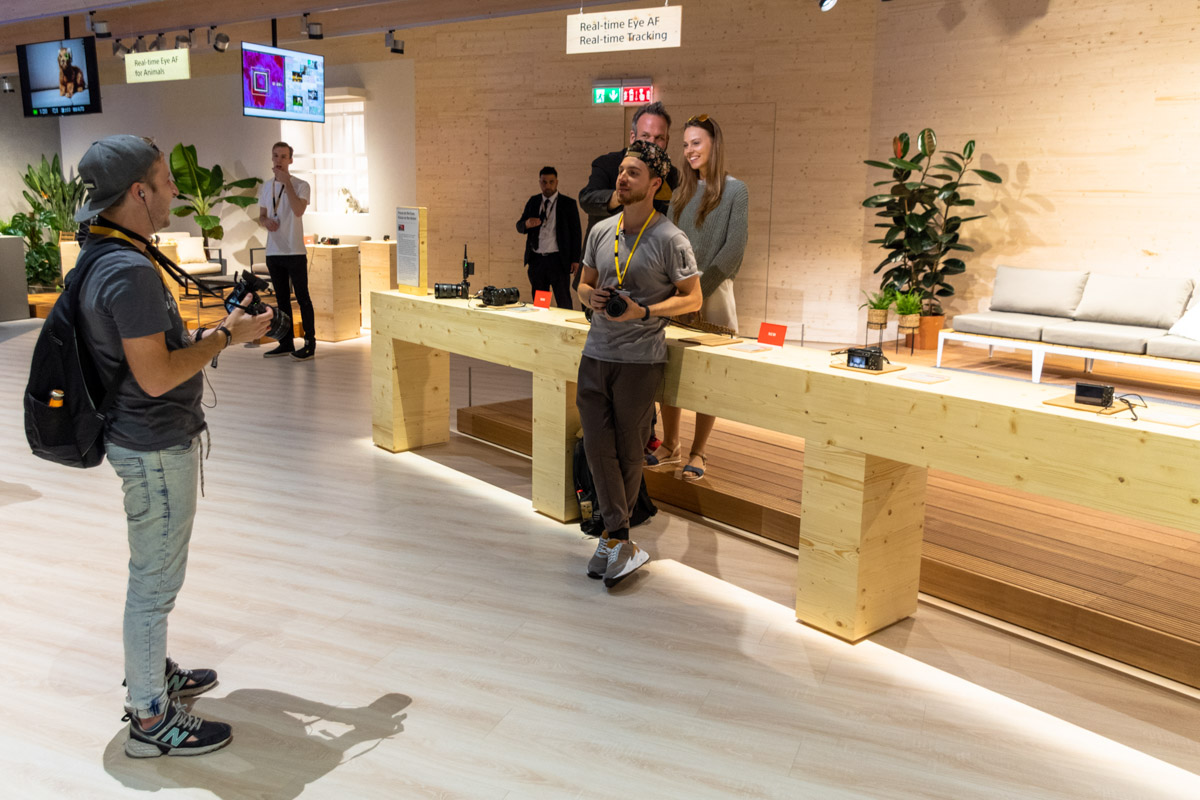 As for the main directions of IFA 2019, it is worth noting special attention was paid to the interaction of household appliances with the user through apps in smartphones. 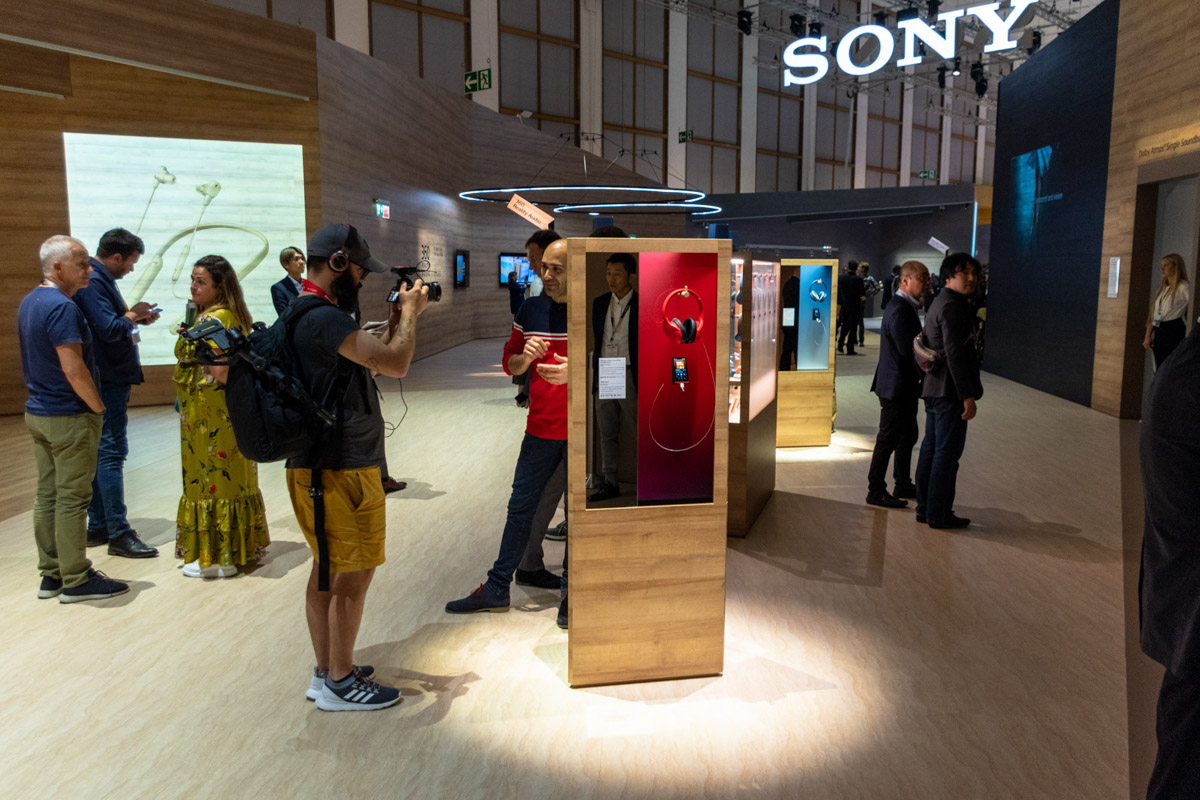 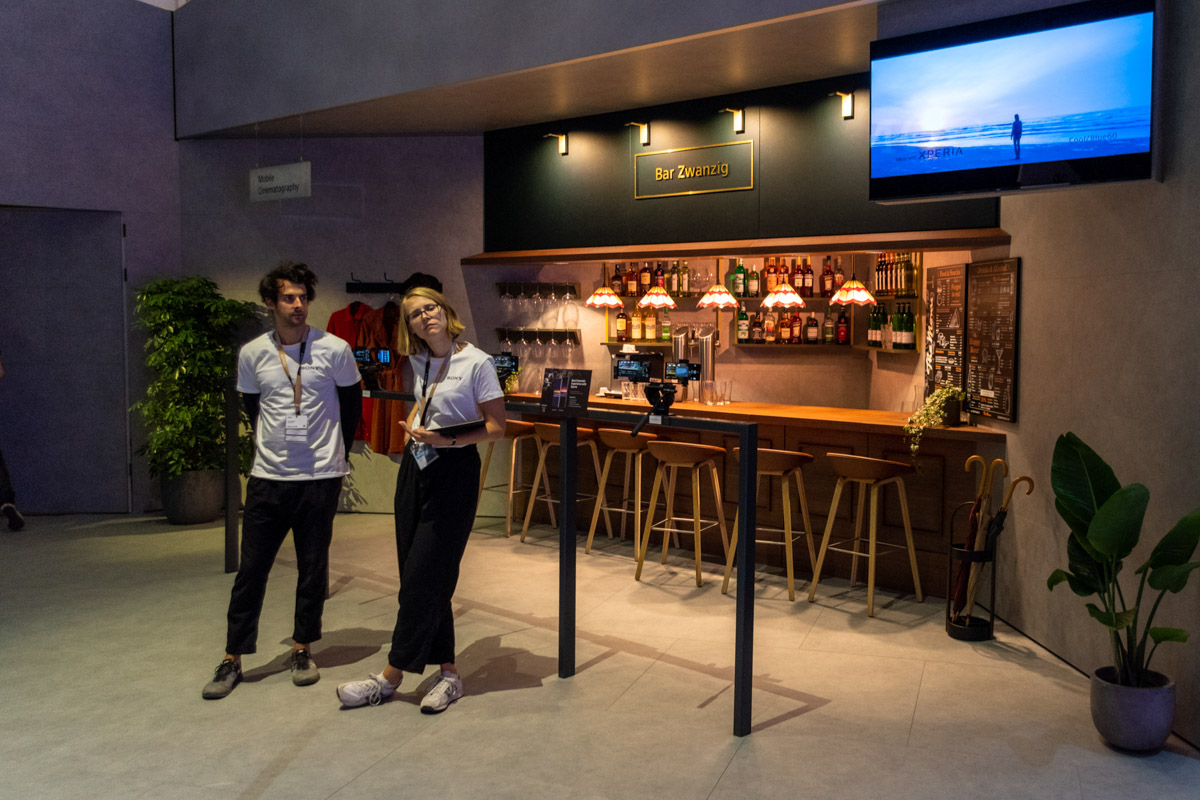 In the framework of IFA Huawei introduced Kirin 990 5G-processor, made on a single chip. This chip’ll appear only in future devices of the manufacturer, but it’s already known it’ll increase the overall capacity of the smartphone, reduce power consumption and significantly improve the performance of the created media content. 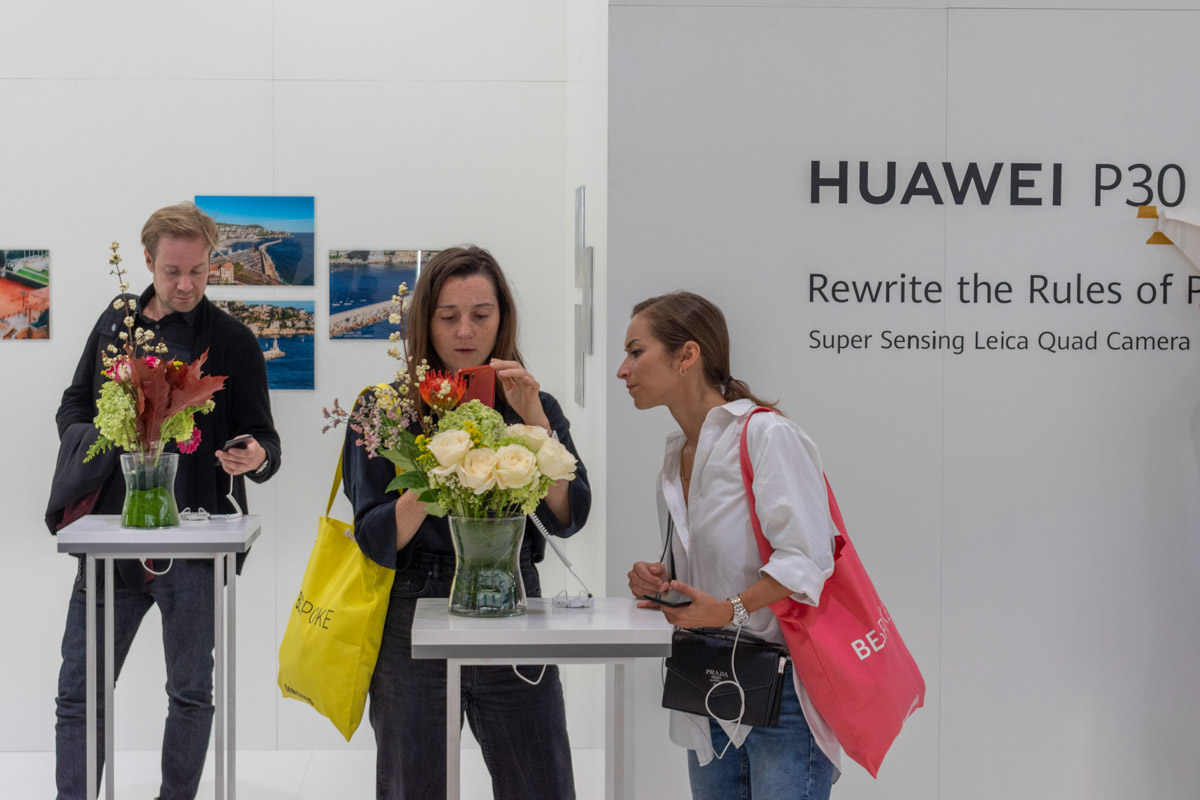 The company also introduced a smartphone, the start of sales of which is scheduled for September 20. This is Huawei P30 Pro with Android 10 preinstalled. Besides, FreeBuds headphones with noise-canceling isolation and a Q2 Pro house wireless Wi-fi router were introduced. 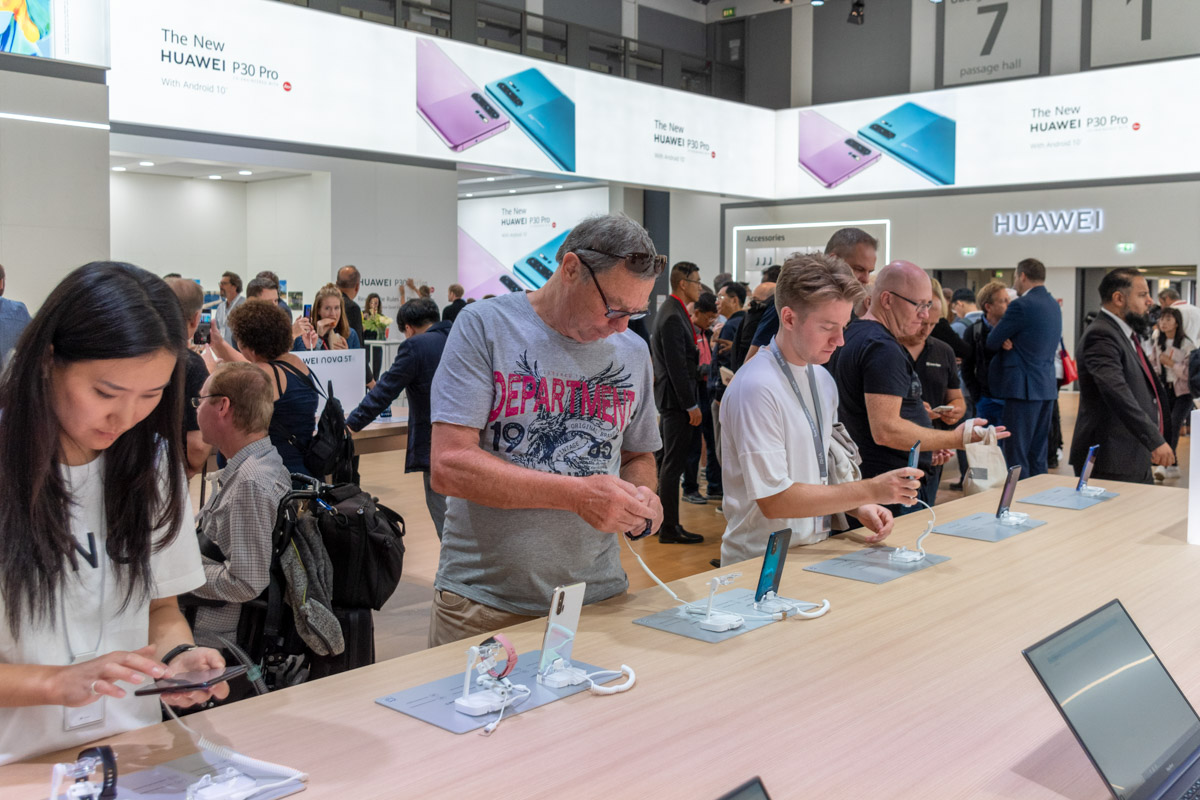 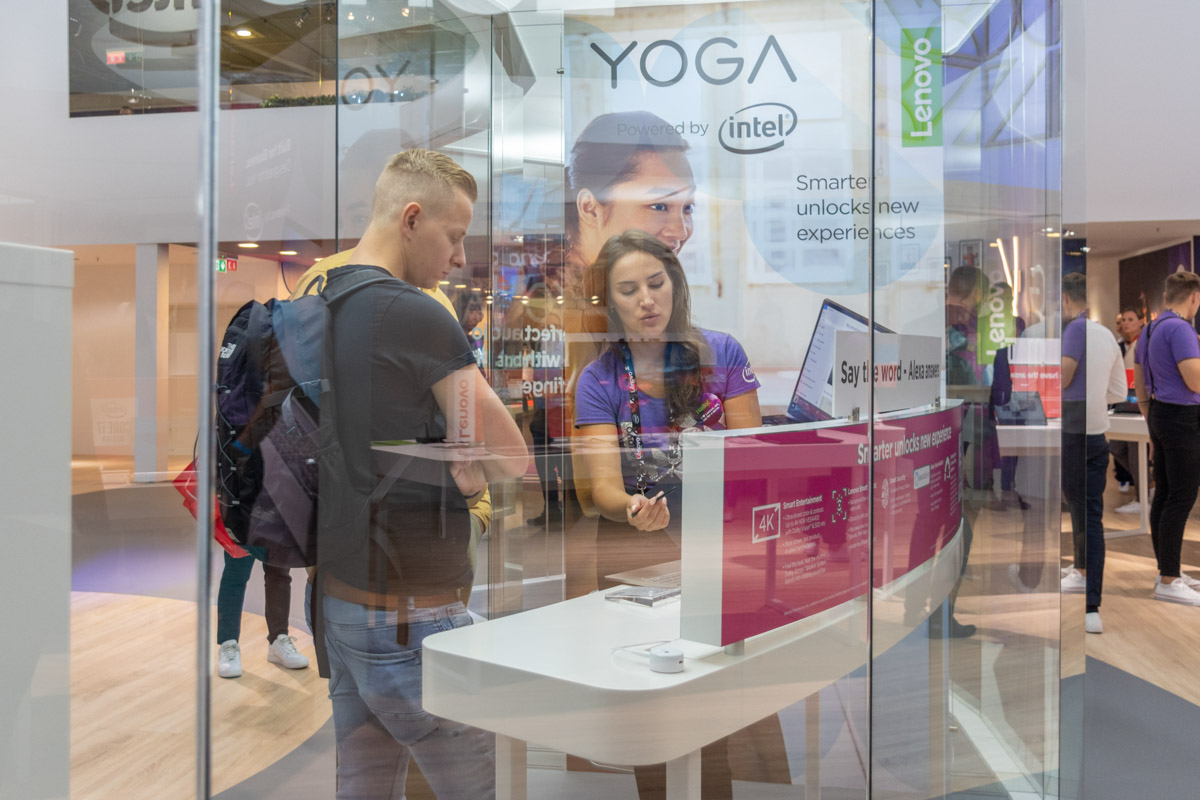 Frameless Q24i and Q27q monitors with TÜV Rheinland Eye technology are very interesting among the new products. This technology reduces the load on eyes and protects them from fatigue even when working at the computer for a long time. 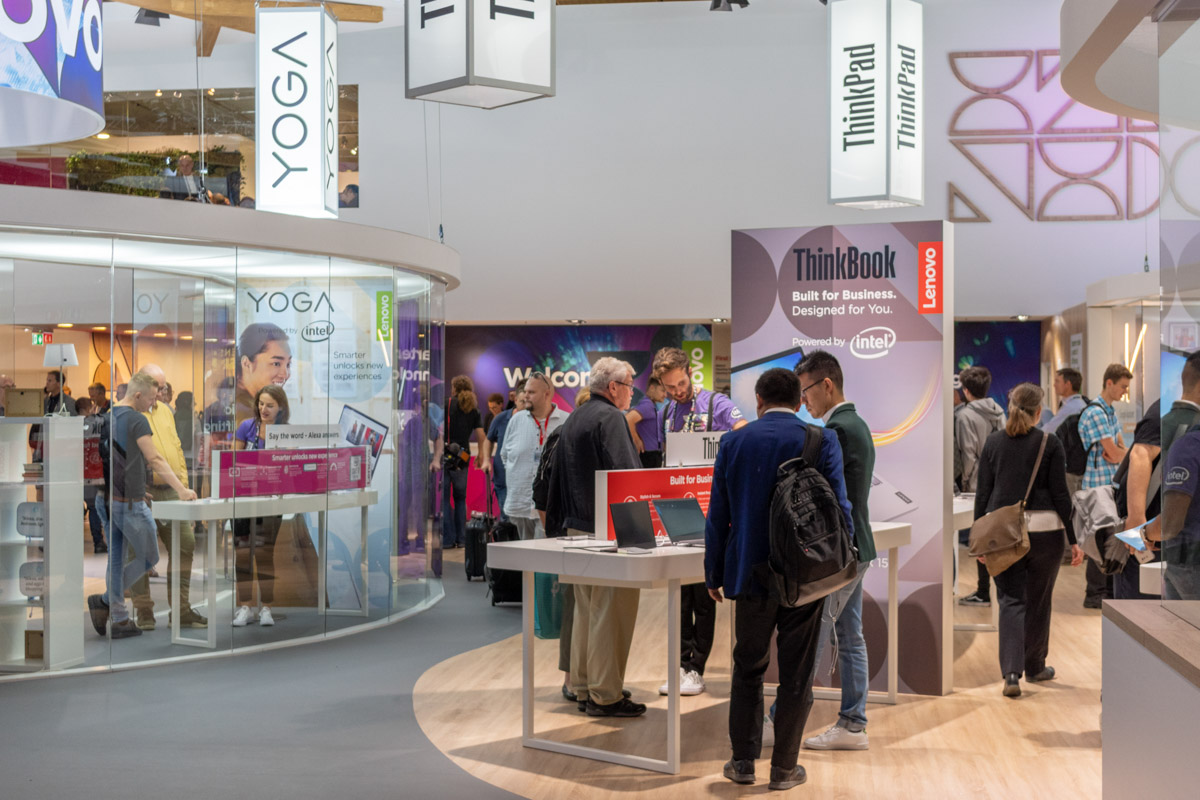 Besides new laptops-transformers of Yoga series were brought at the exhibition. They can be used as laptops and tablets. All new items are equipped with Intel Core processors of the ninth or tenth generation. 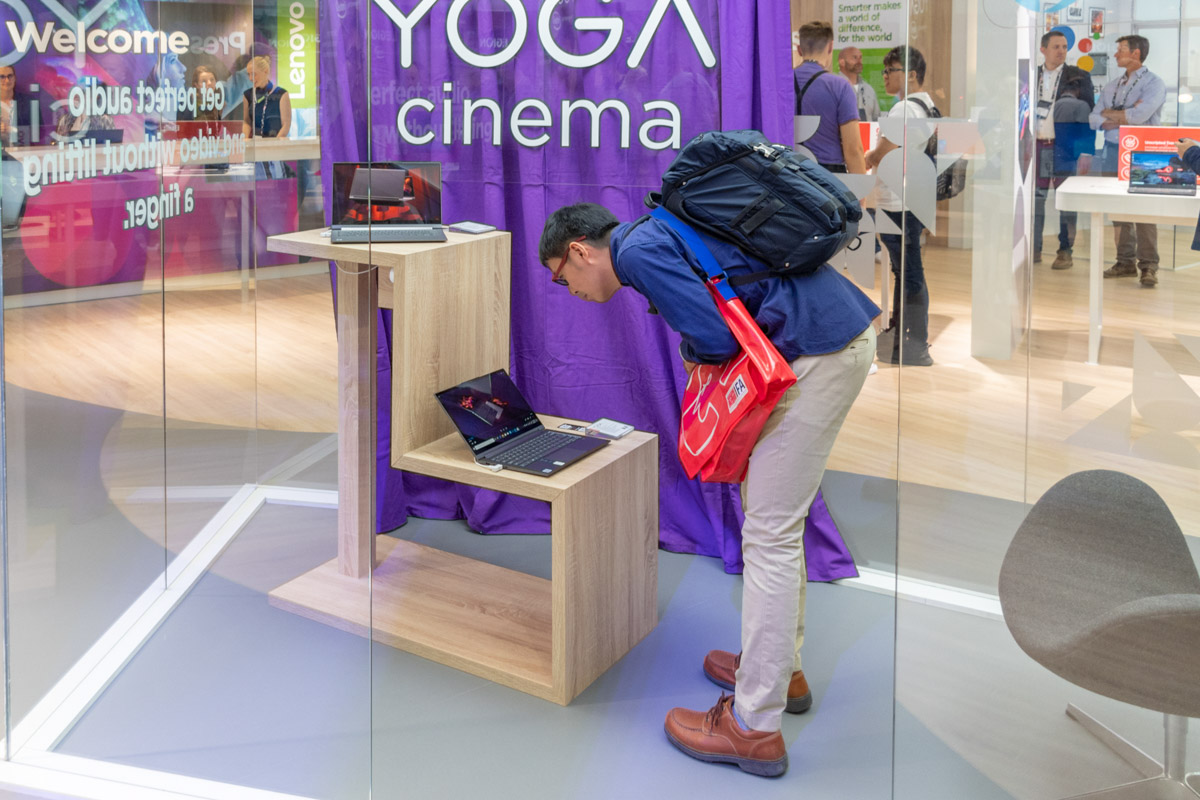 The Motorola brand, owned by the Chinese Lenovo company, also took part in the IFA 2019 exhibition of technologies. Two new smartphones were unveiled at its stand: the budget E6 Plus and One Zoom with a quadruple main camera. 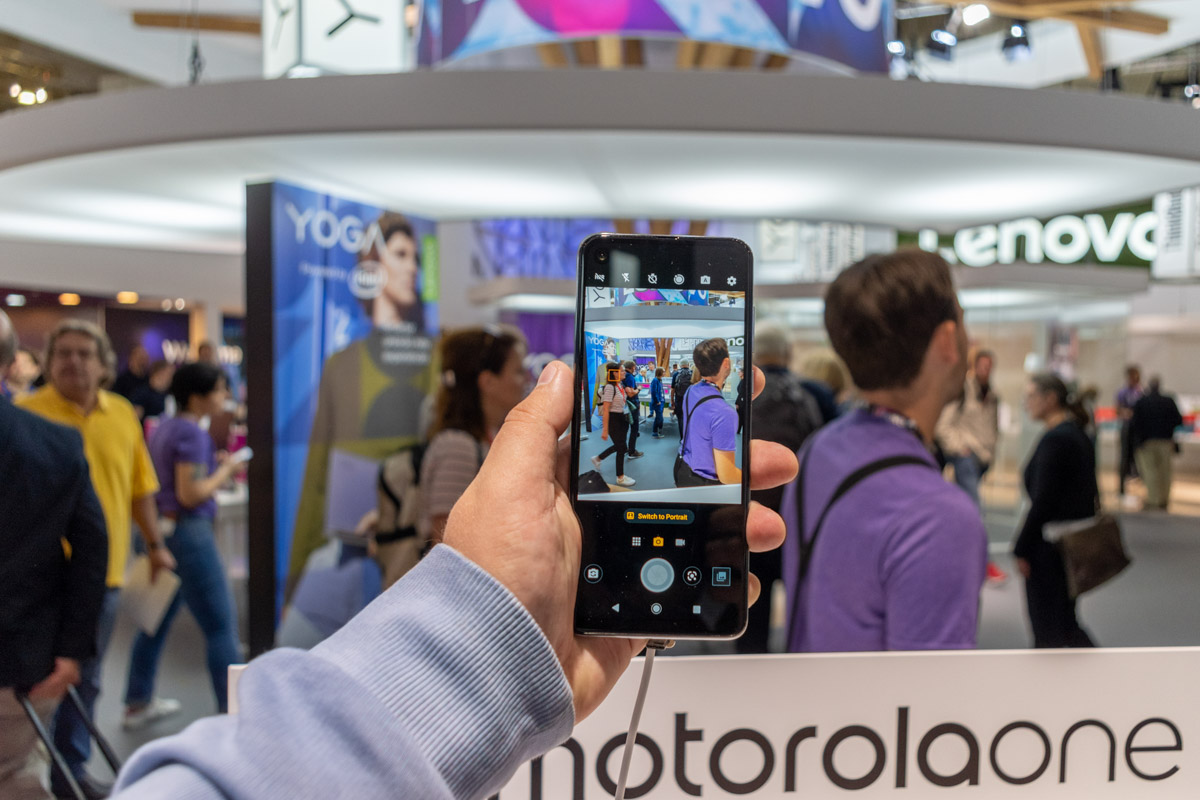 Japanese Sharp manufacturer sets records. It presented a TV with a 120 inches’ diagonal, a 8K resolution and an LCD matrix. 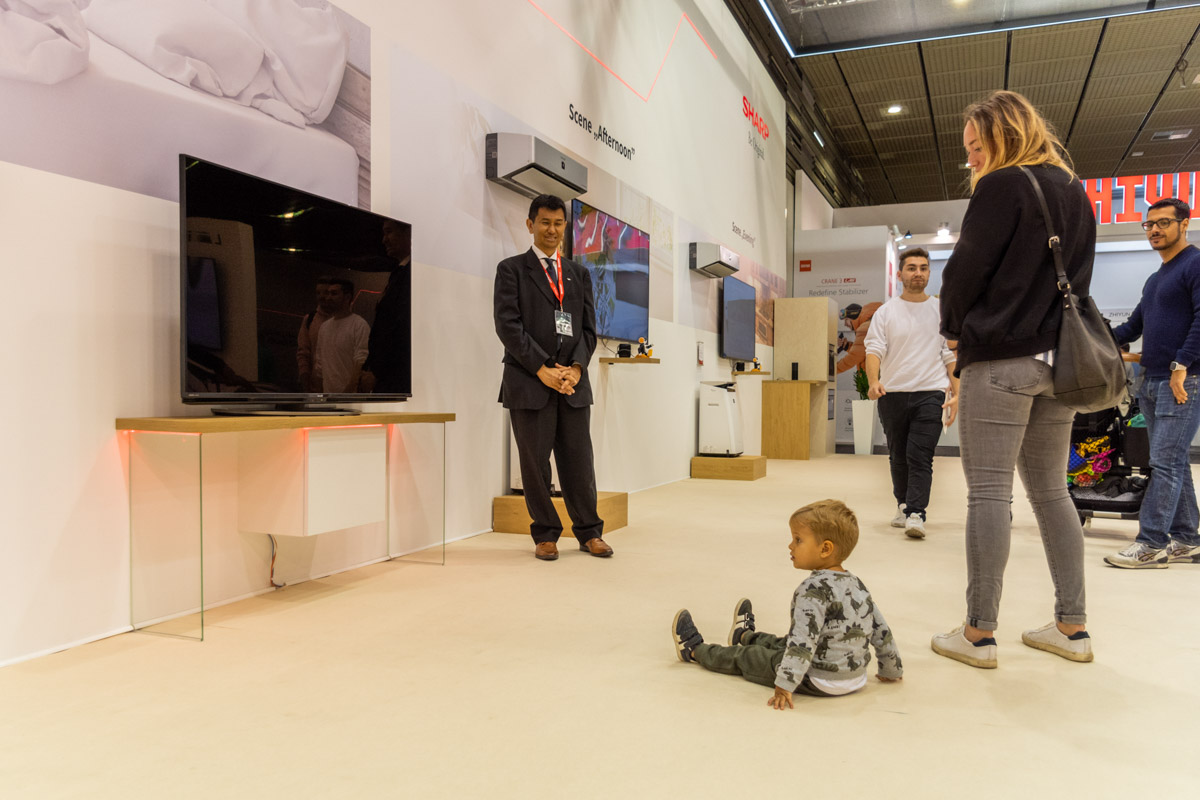 Besides Sharp announced the transfer of its model range of TVs to the Android TV operating system. New items’ll appear in the fourth quarter of this year and have a 4K resolution, as well as a high-quality acoustic system. 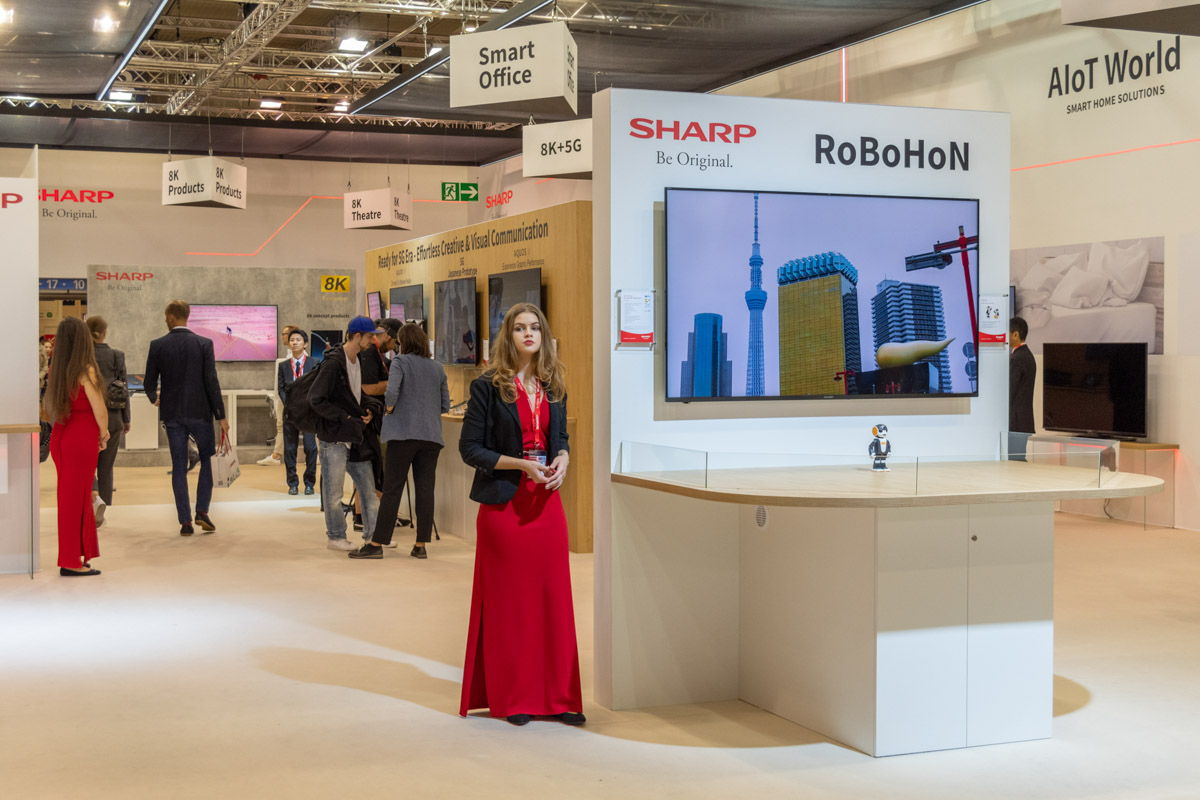 Panasonic Corporation decided not to surprise IFA visitors with innovative novelties. It was just reminded here about the range of products and its impeccable quality. 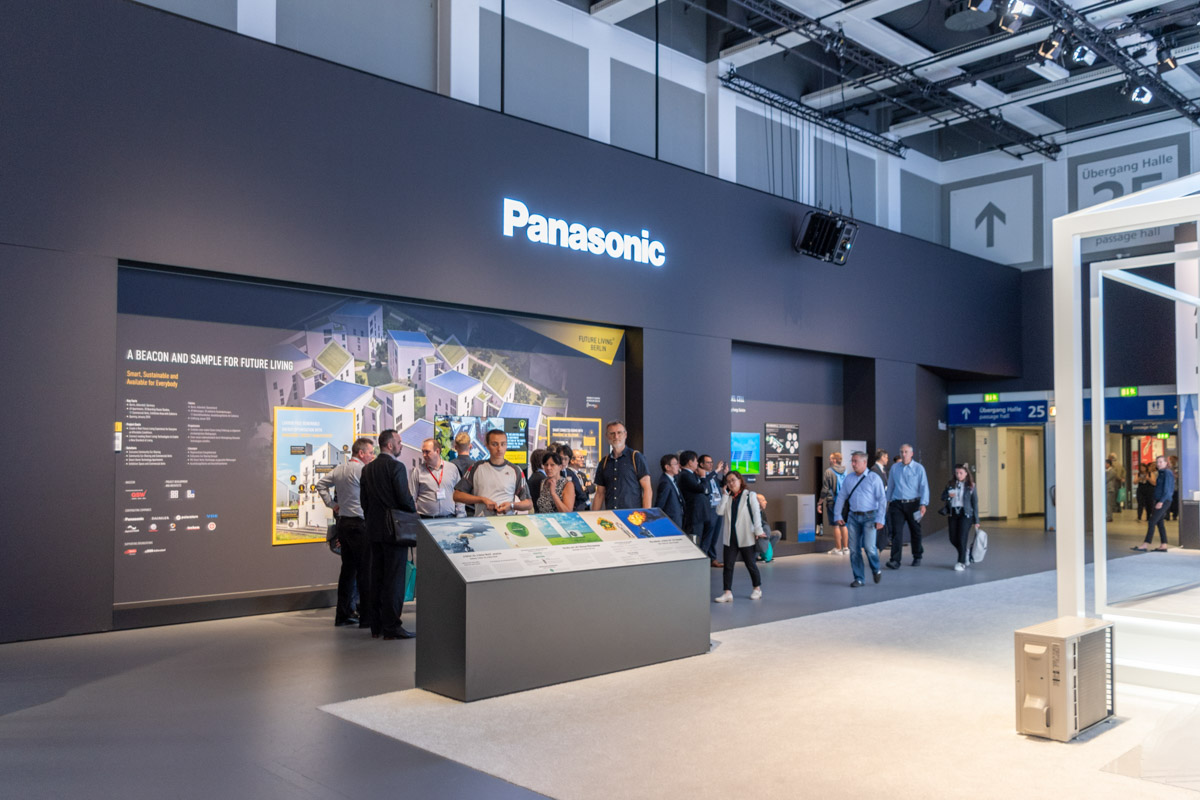 Segway offered a test drive on the Ninebot electric cart. Karting has its own settings app, three speed modes and control nodes. 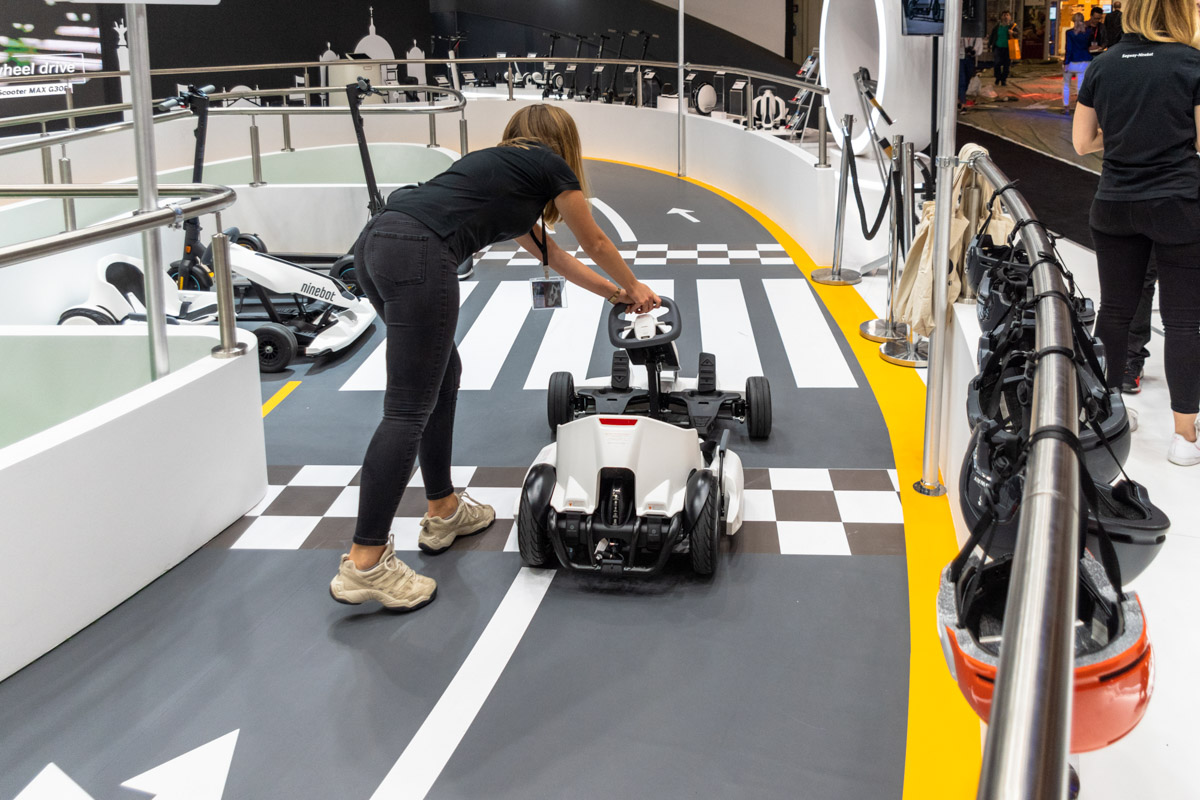 Beko introduced Harvest Fresh technology in the vegetable compartments of its refrigerators for the first time. The essence of the technology is to simulate sunlight, stimulating the process of photosynthesis. Due to this technology, fruits and vegetables can retain their original freshness for a whole month. 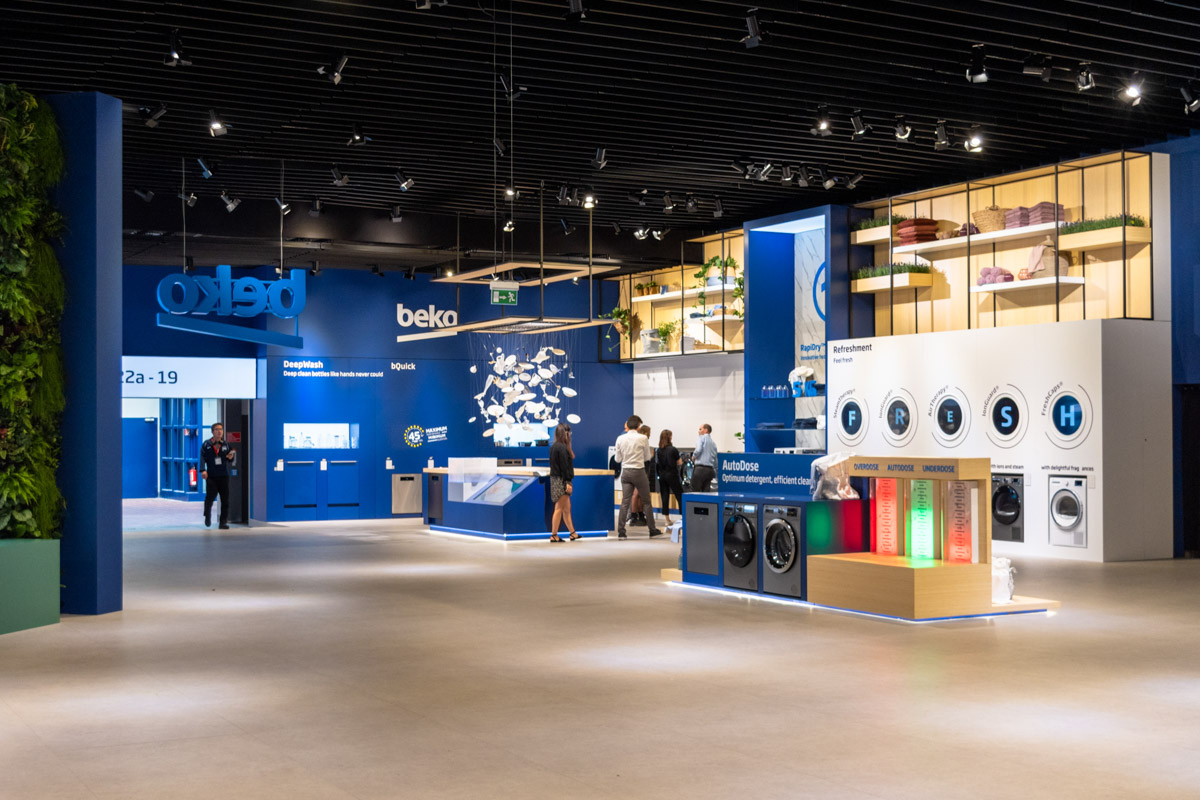 Yamaha brand is now associated not only with musical instruments and their electronic copies. We got acquainted with Music Cast sound panels. Yamaha aims to integrate all of the user’s home audio devices into a single, comfortably managed system. 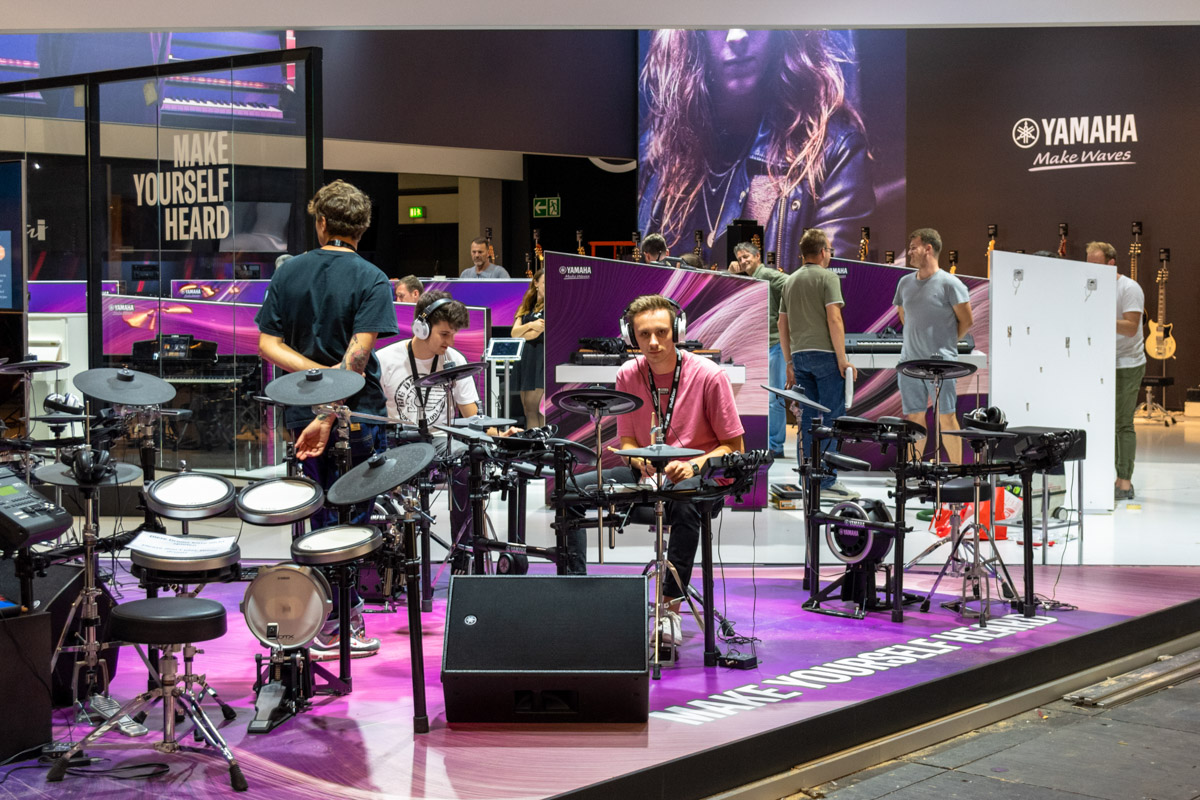 The IFA 2019 exhibition in Berlin showed that ‘smart house’ is no longer a luxury. Smart technologies have entered our lives and are taking root in it. The smartphone has become the center of management of duties, entertainment and even health. It’s difficult even to imagine what unusual gadgets and samples of household appliances will be shown to the next exhibition of electronics.