Shenzhen city is located in the south of China and is considered to be a center of the production of electronics. It’s difficult to say exactly how many plants and factories are currently operating in the region. According to official data, Shenzhen ranks second among all Chinese cities in terms of industrial production volume. It is in Shenzhen where most of the factories manufacuring products for Apple are located.

The Chinese authorities created a free economic zone in Shenzhen in time. The promising region attracted immediately multinational corporations and large businesses from neighboring Hong Kong. Entrepreneurs from all over the world get acquainted with each other at international exhibitions, sign large contracts and place production orders. China receives large financial infusions, and the world – high-quality and inexpensive electronics. 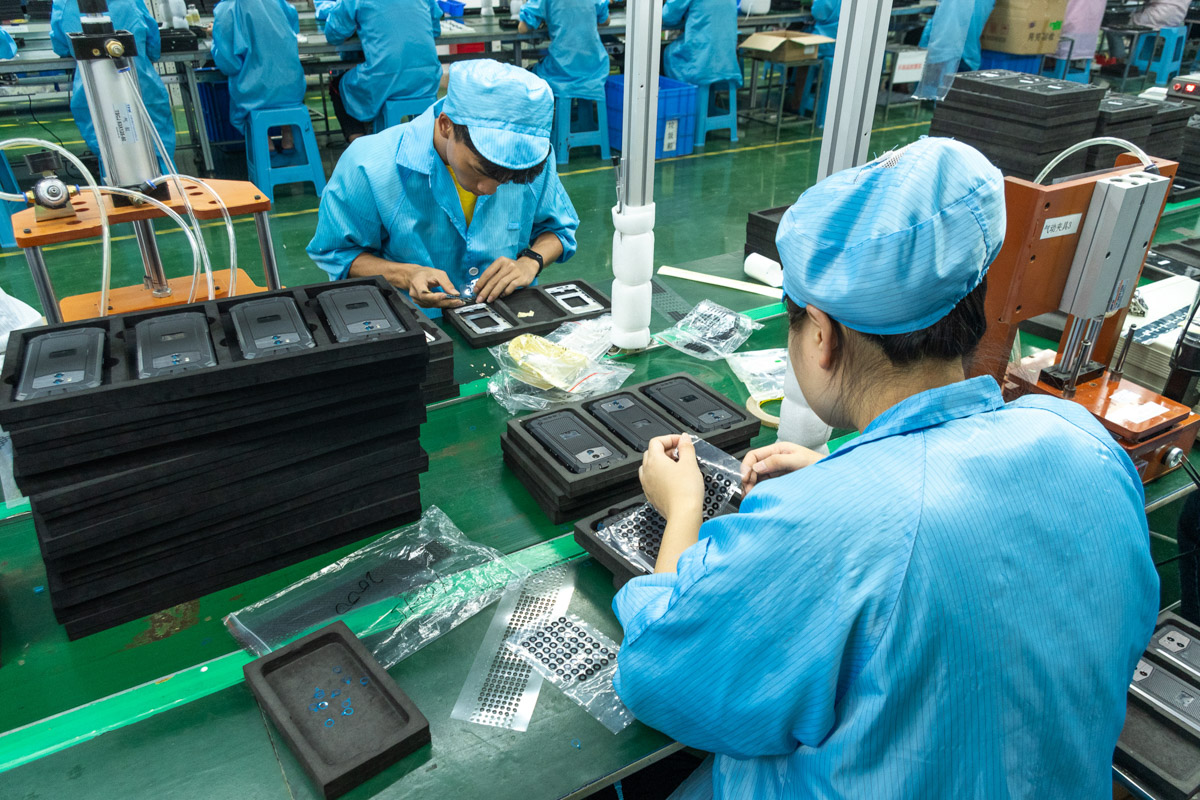 Now China doesn’t only produce equipment for foreign companies, but also promotes its own brands on the international market. This brand is the ULEFONE, which produces protected smartphones. The plant of the company which I visited has been operating since 2010. The output of own products was established in 2014. 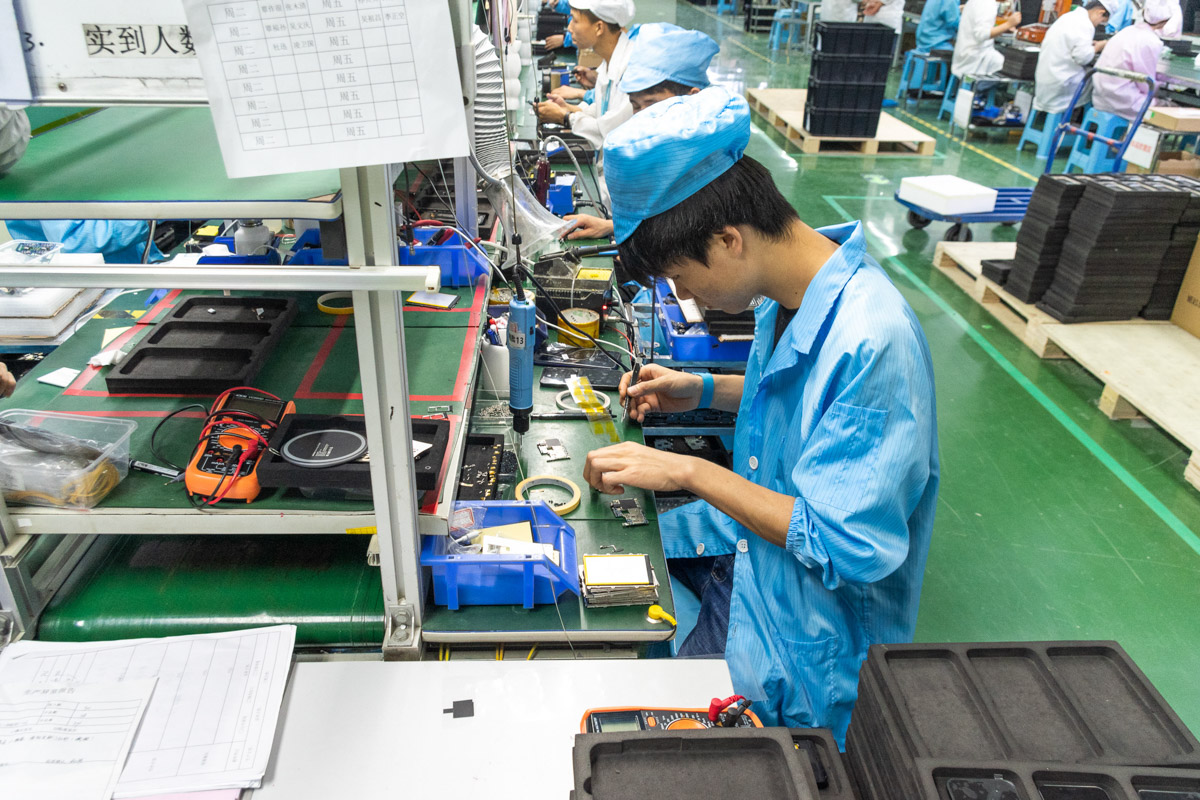 You can see in the photos how are the ULEFONE S1 smartphone and ARMOR 6 assembled. As a rule, an ordinary smartphone consists of 130 parts, and protected – of 170. In total, 50 supplier-companies are involved in the production. Working with suppliers and selecting the right components is a very important process. This affects not only the final cost of the product, but also how well the smartphone will work. 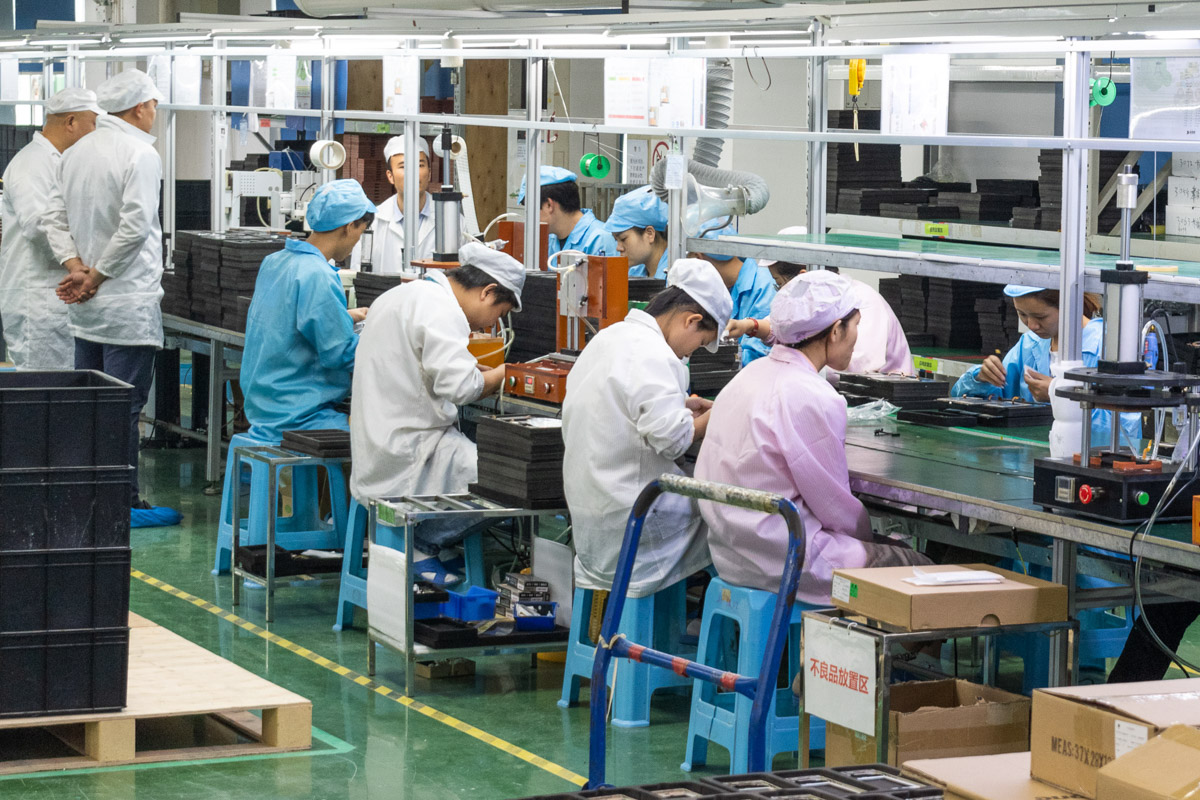 The plant consists of two production lines, 40 people work on each one. This number of employees assemblies up to 1000 ready-made smartphones in one working day. It takes two days in total to produce an ordinary smartphone and three for a protected one. Most of the time takes the testing process, which allows to eliminate spoilage. 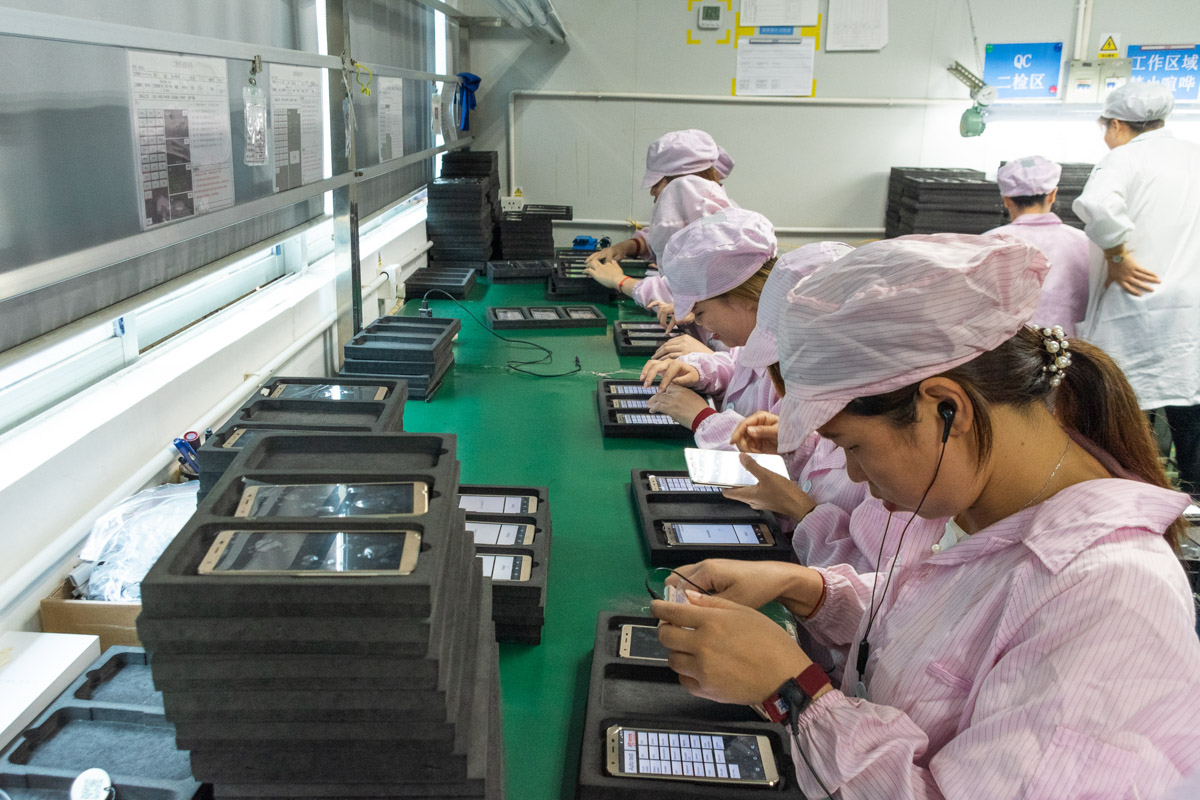 The smartphone is checked at each production stage. One worker installed a new electronic component and another staff member checked it immediately. After sizing, which is carried out on a special device, the smartphone is tested for leak resistance. Under pressure, water is supplied to the body, if the level in the tube remains the same – all is well. 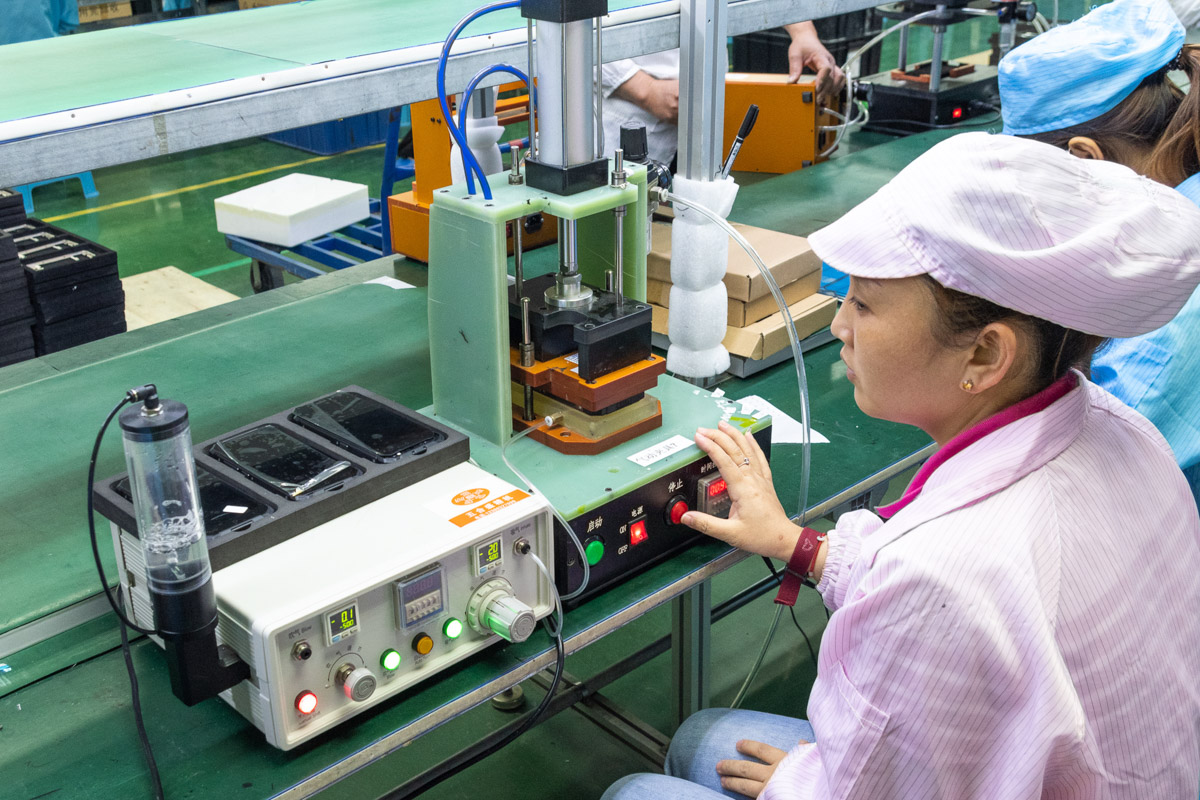 There are employees at the factory who take selfies all working day. That’s how the camera is checked out. The data is coincided with the table – the control is passed. Smartphones that haven’t been tested, are sent for revision. The device is disassembled completely, fault is detected, then assembled again and re-sent for testing. 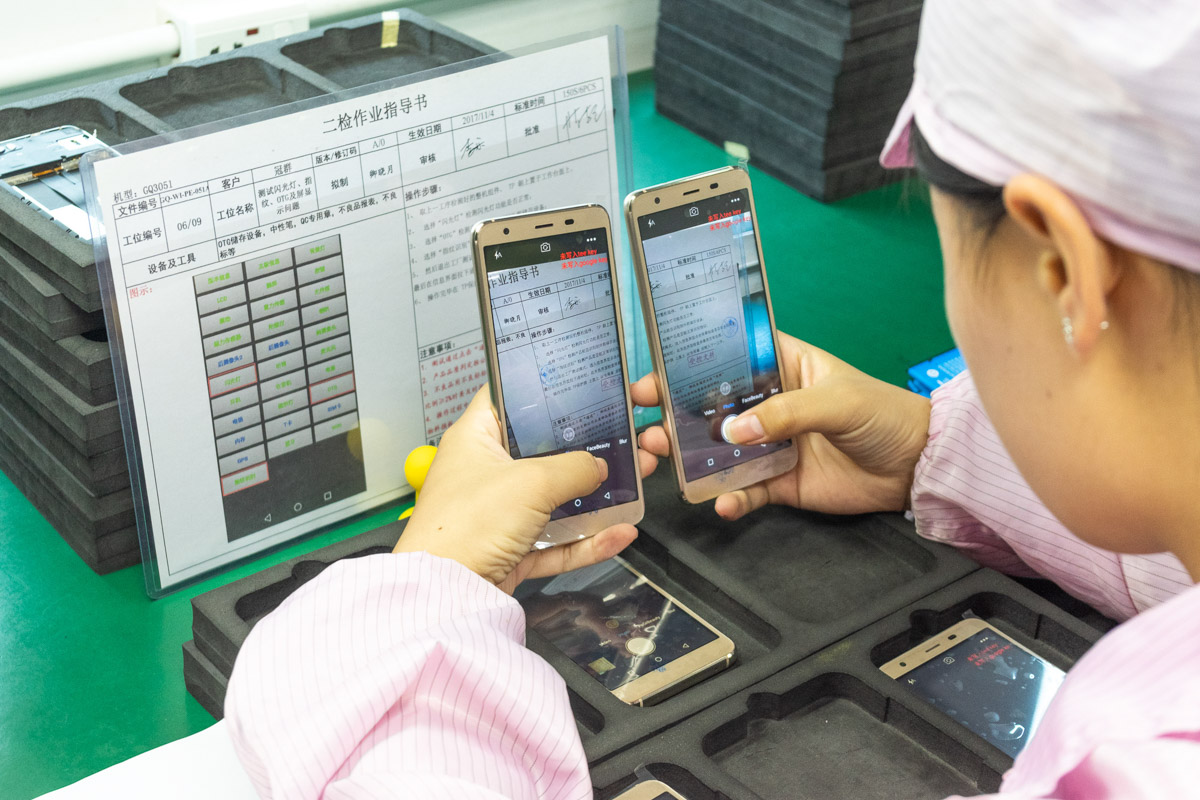 Checking of the speakers. 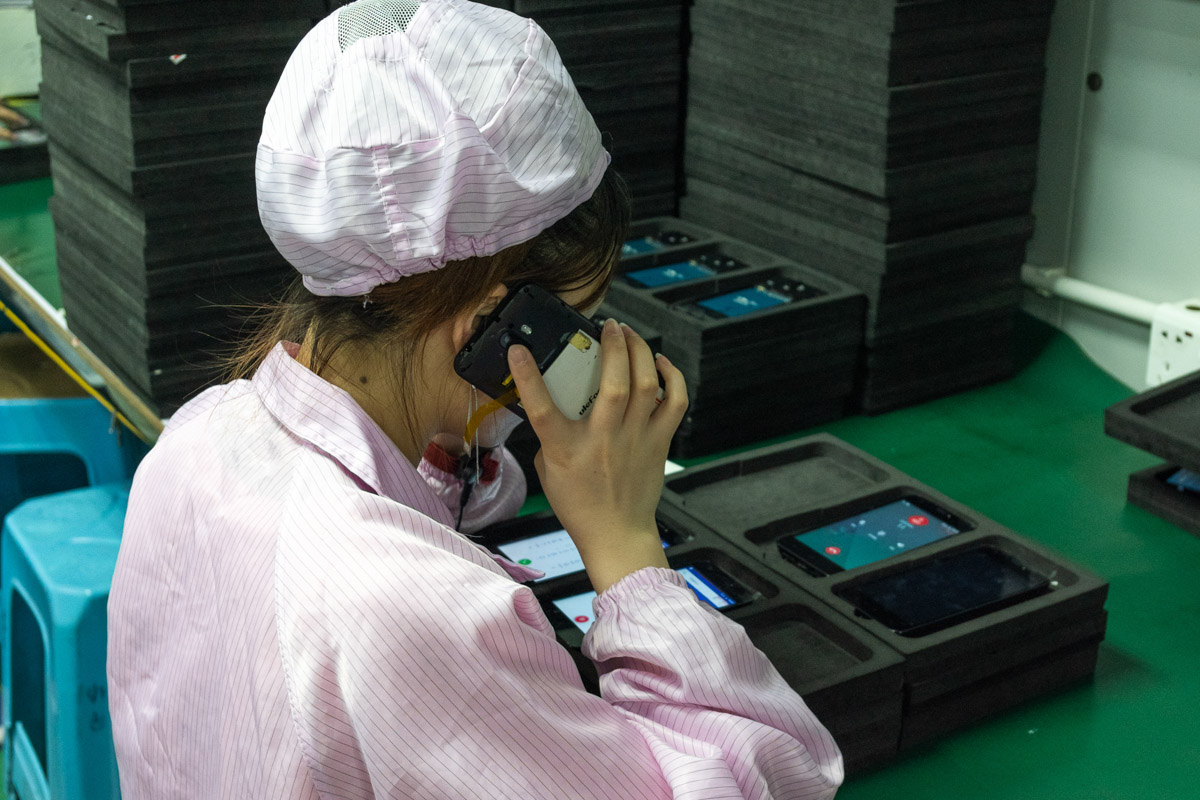 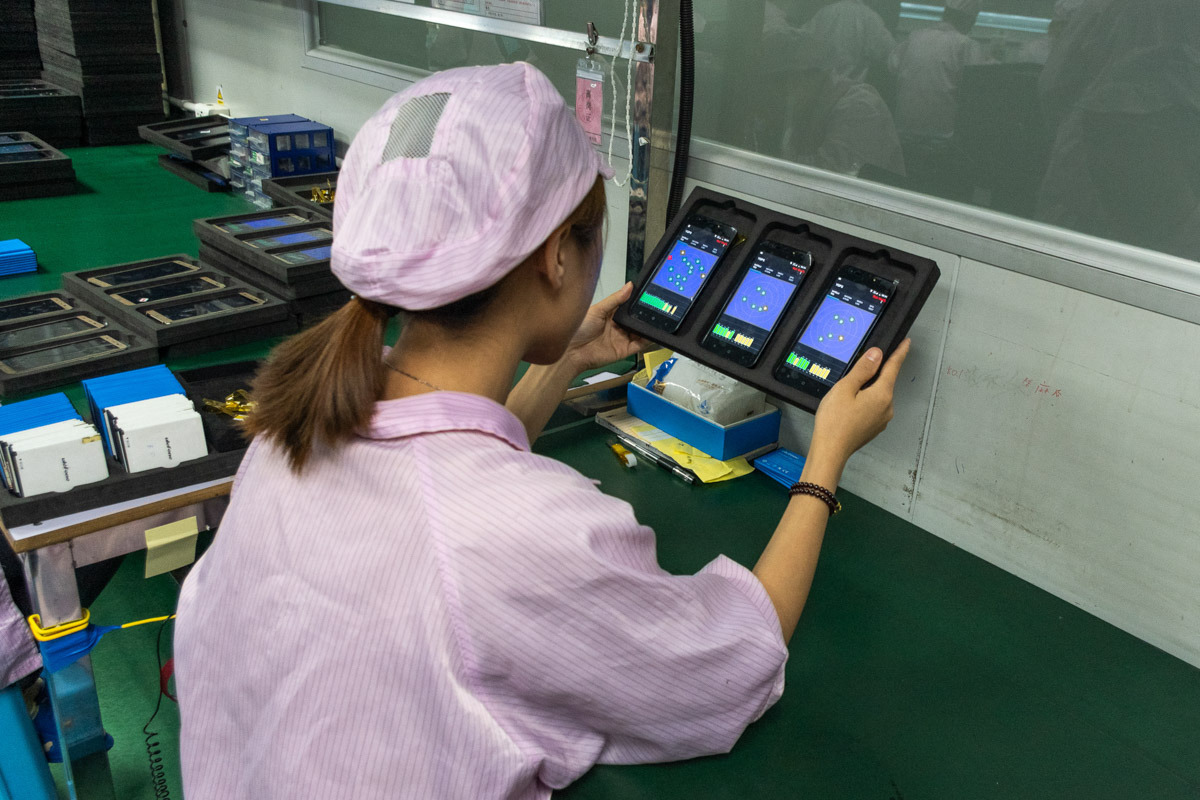 The fully-processed smartphone is broached with IMEI-number assignment, wiped accurately, pasted over with a protective film and packed. The plant complies with the full regime of cleanliness, work climate installations and air humidifiers. Even our film crew was given shoe covers, robes and caps. Would you agree, it’ll be unpleasant if the client finds a foreign object in the box with the smartphone. 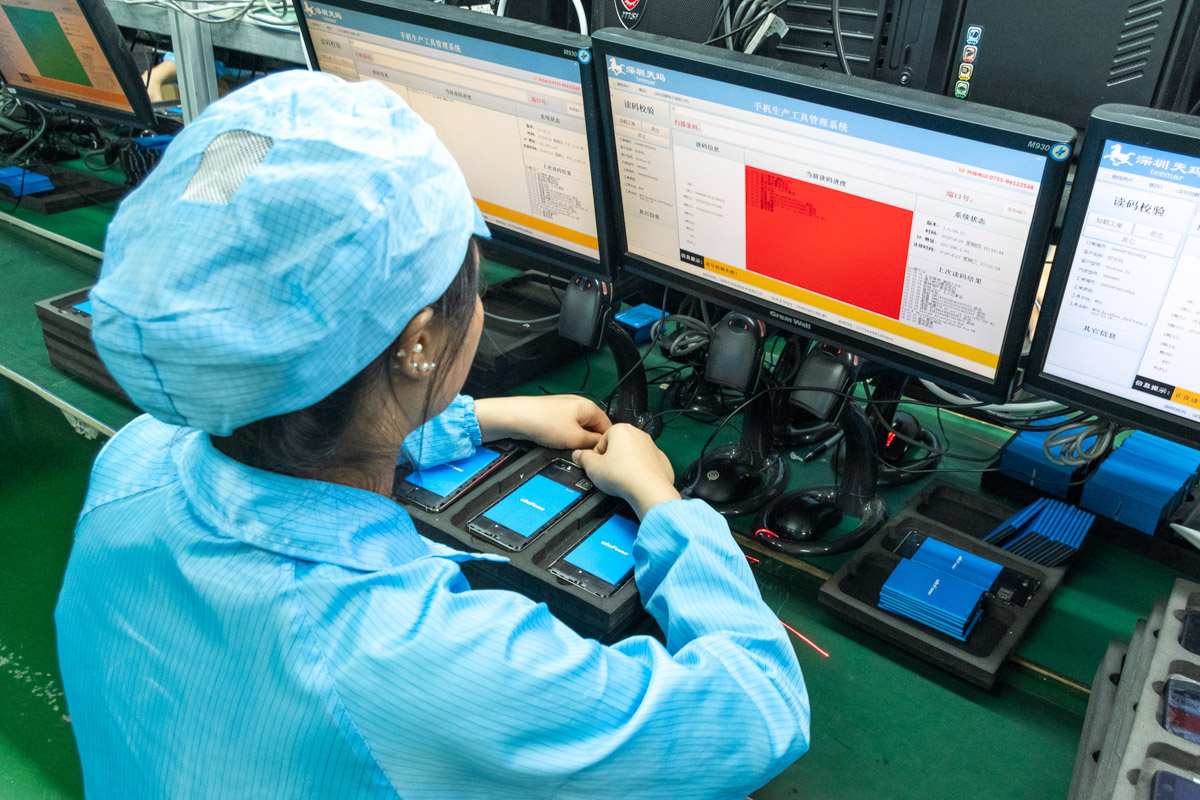 ULEFONE company has its own research centers in Shenzhen and Shanghai. In such laboratories, new electronic components are selected and tested for compatibility. Develop firmware updates and improve security systems. 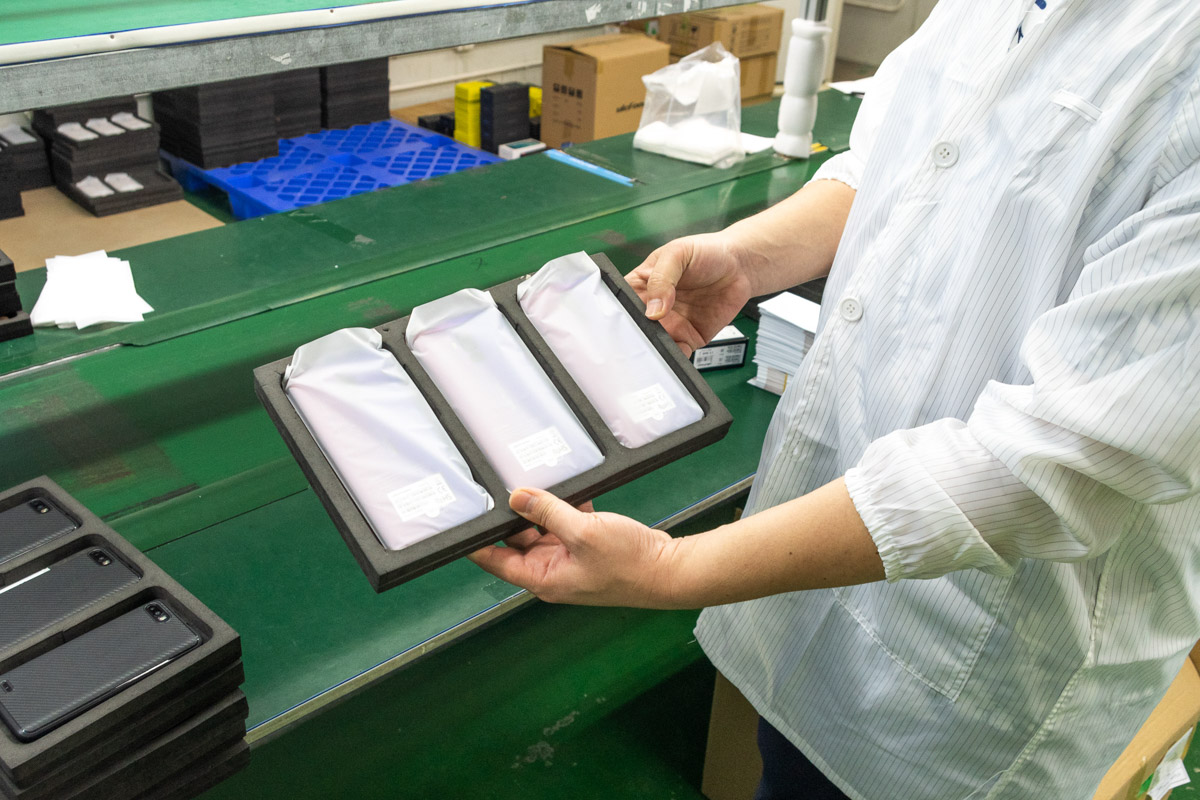 There is another interesting room at the factory in Shenzhen where smartphones are tested for durability. Several copies are randomly taken out from each batch and subjected to crush testing. Special machines pound smartphones on granite tables, push buttons endlessly, connect and disconnect power cables, cool and heat. A video that demonstrates visually the whole process will be better than a thousand words.

As you can see, even unprotected ULEFONE NOTE 7 smartphone is able to withstand severe overload. If any problem is found in the process of testing, the entire batch of smartphones will be returned for revision. 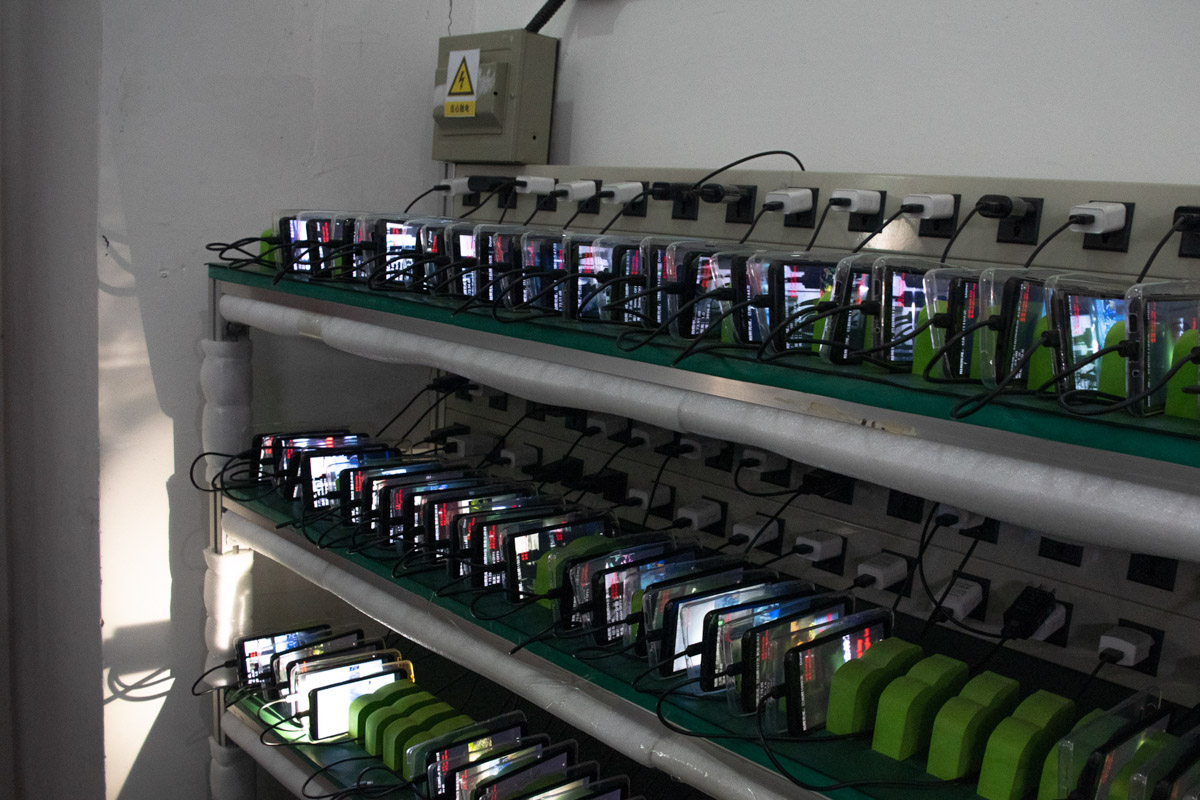 The plant of ULEFONE company clearly shows that independent Chinese brands are actively developing and are able to compete in the world market. Products from China have ceased to be associated with poor quality long time ago. This effect is achieved through the creation of own laboratories and high quality control at each stage of production.