Sansui plant is located in Ganzhou city (Jiangxi province) and covers an area of 150 thousand square meters. it is a very large manufacture, even by Chinese standards. The factory is a part of Bibang Digital Technology co. group of companies. In workshops of the enterprise make not only TVs, but also acoustic systems, mobile phones and other production.

The plant’s products are exported to sixty countries located on different continents. Well-known Russian brands AKAI and Hyundai trust the production of their electronics to Sansui. The factory can place an order for the production of OEM, ODM, SKD and CKD products. 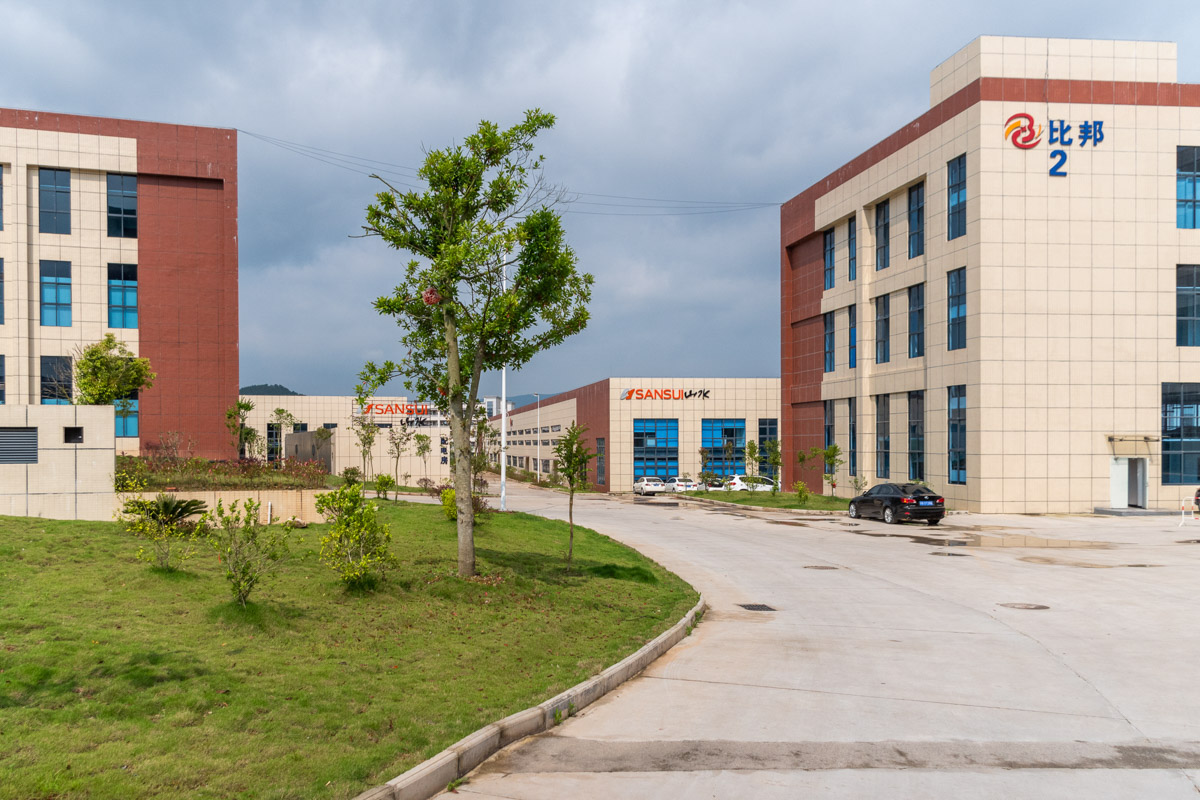 For example, at the moment of my visit to the factory, SKD TVs were being assembled, so you won’t see the packaging process. The customer will receive his goods, collect them to the end in his country and sell. It will be indicated in the documents that the goods were made not in China, but in another country. This method helps to avoid customs duties associated with the importation of goods. 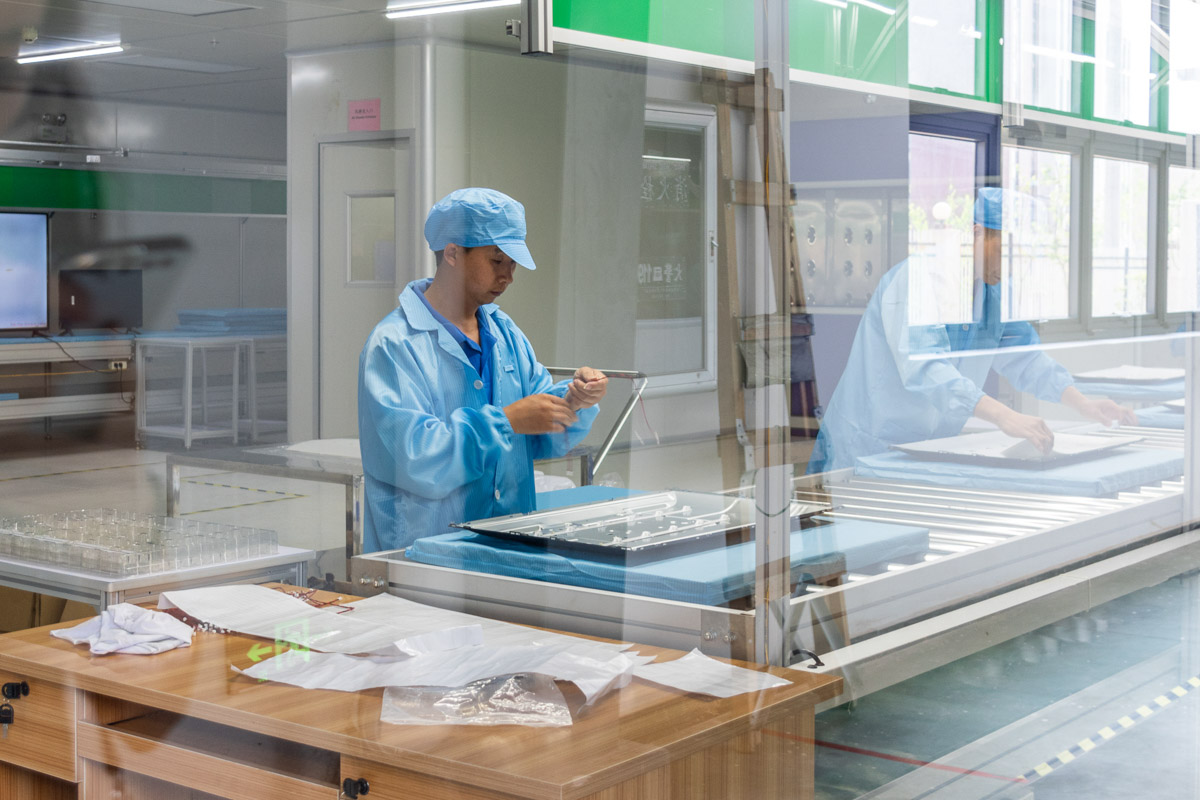 3,000 employees work at the Sansui plant in total, but about 400-500 are engaged in the manufacture of TV sets. To be precise, the assembly involves four lines of 150 people on each. The conveyor is able to produce up to 3000 TVs per day. This capacity allows to produce quickly even the most voluminous orders. 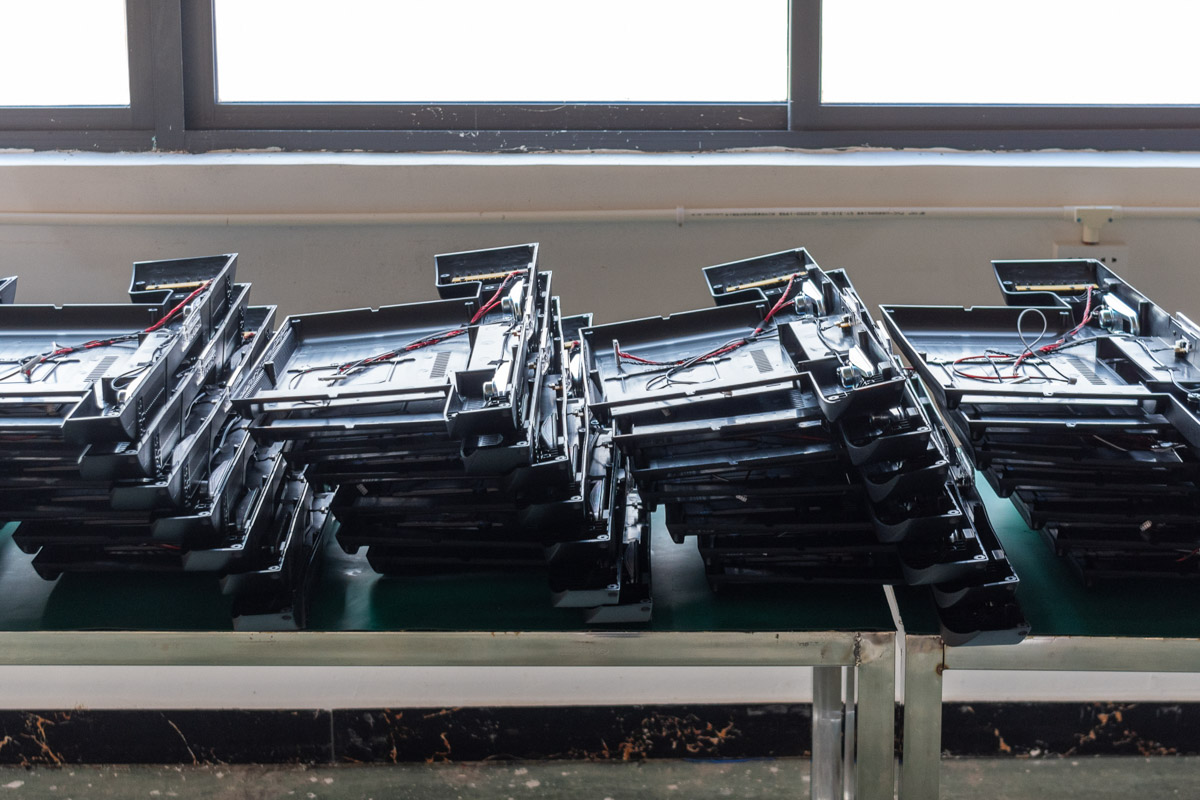 Sansui production base is located about 500 kilometers from the major trading city of Guangzhou. The distance from the metropolis allows to save on costs, which allows to reduce the cost of production. Furthermore, the land and all buildings are owned — don’t have to pay monthly rent for premises. 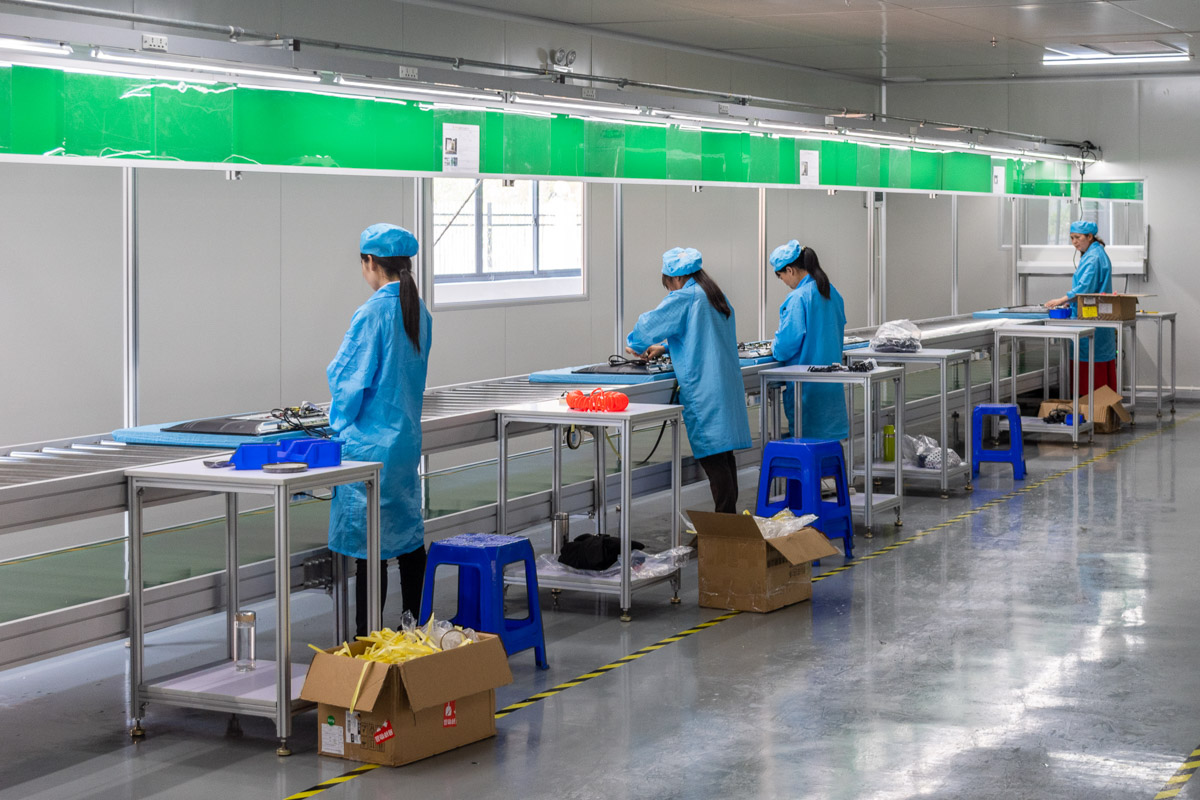 Workers live in new hostels and receive three meals a day at the expense of the company. Good living conditions affect positively on the level of work. Production quality and speed of work are improved. 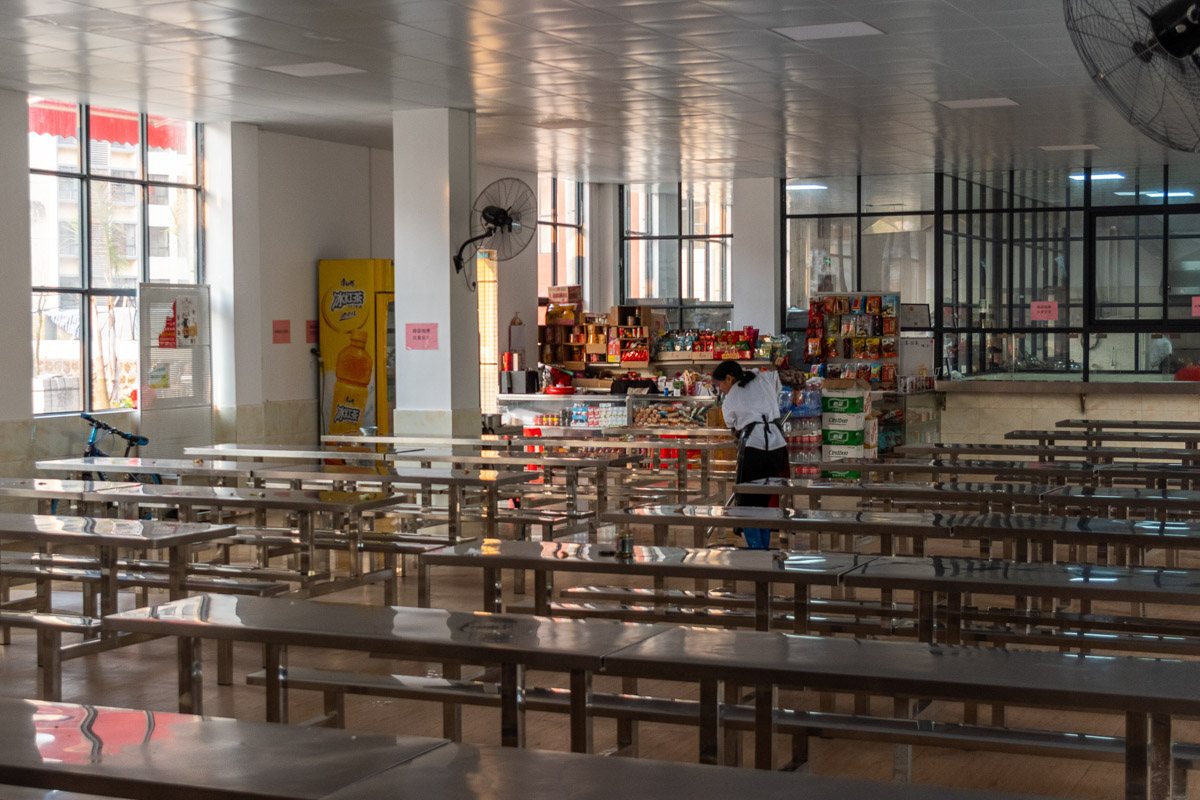 All work on the assembling of TVs is carried out in sterile conditions. The owners of the plant built a special box inside a large hangar for this. In the box, a certain temperature and humidity are observed. Workers wear special clothes. I wasn’t allowed to go inside the box, the shooting was carried out through the window. 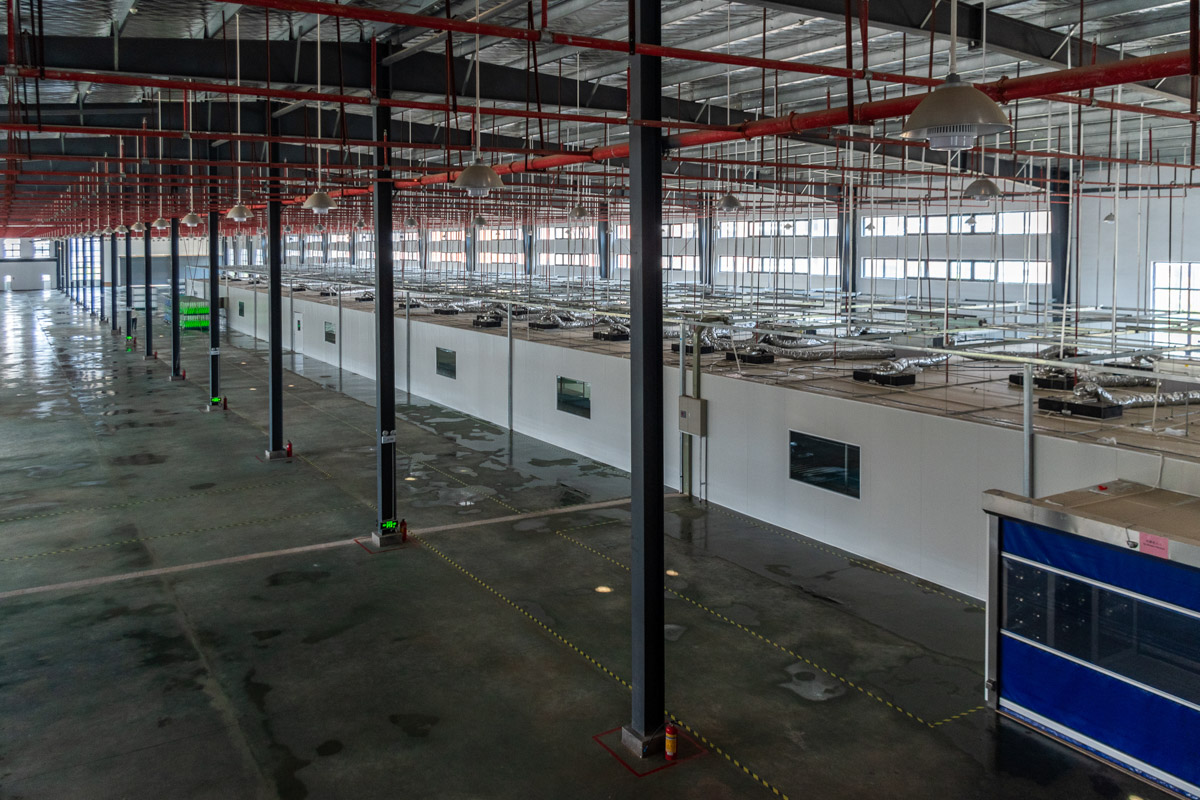 Firstly, the LED tape is pasted, which will backlight the image on the TV screen. After installation, the equability of the backlight is checked. Now in China it is considered the norm to make testing at every stage of assembling. Such strict quality control allows to reduce the percentage of spoilage. 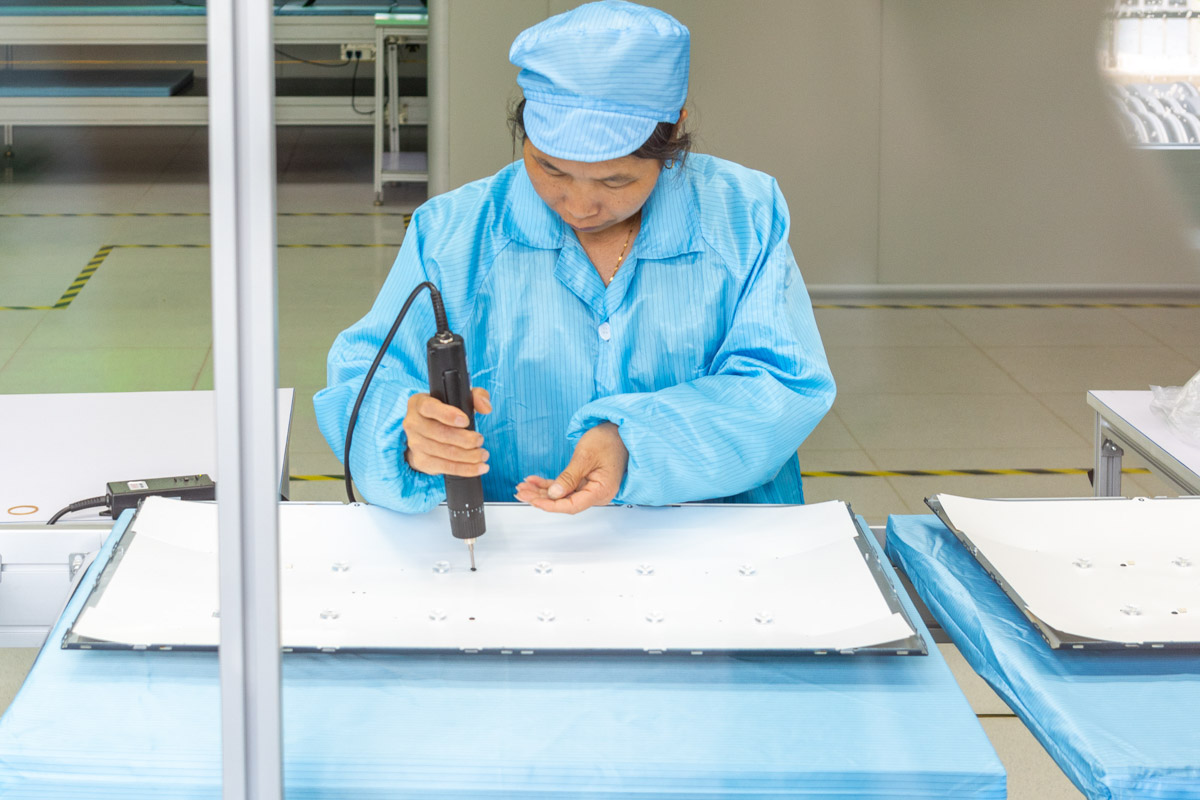 All electronic components are tested by the supplier and the factory staff additionally after receipt. As practice shows, goods assembled at large Chinese factories are able to compete with the quality of Japanese and Korean manufacturers. 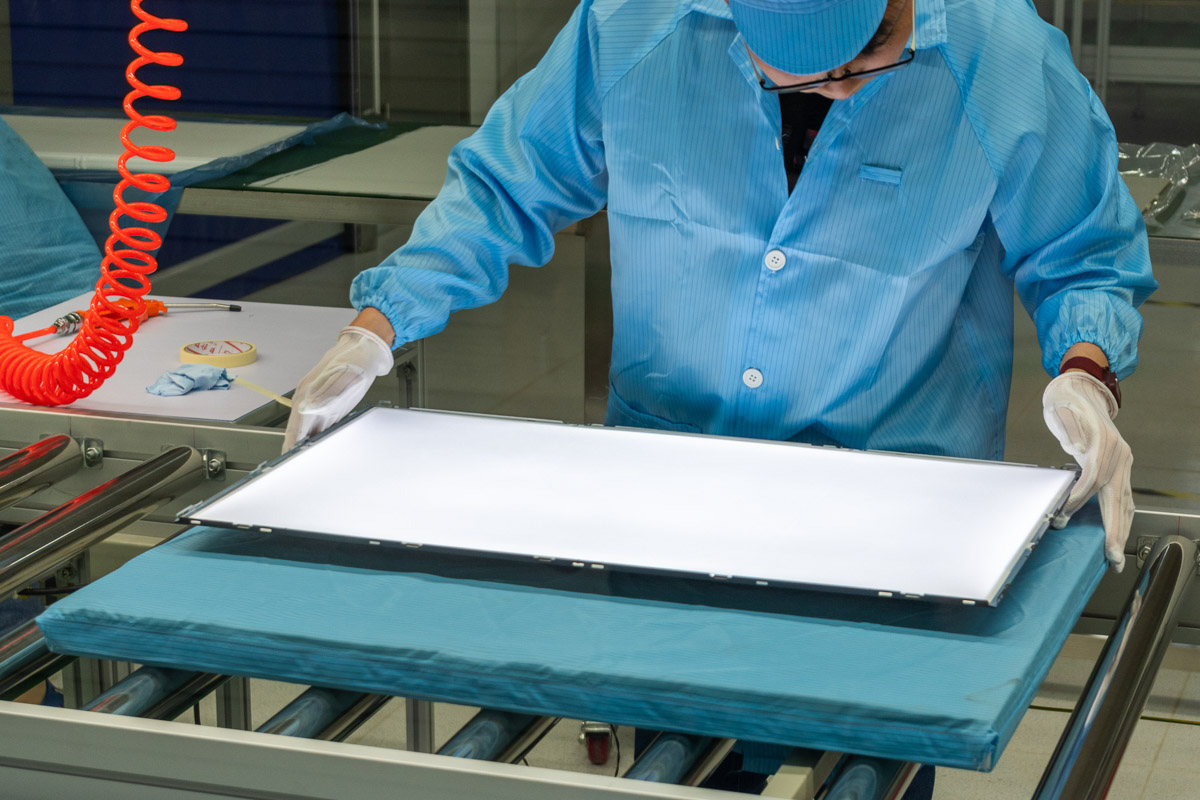 Then, on the LED panel the matrix is set, which is the main element of the TVset. Image quality directly depends on the quality of the matrix. Now small TVs are being assembled, but the Sansui plant is able to produce TVs with a screen with a diagonal of up to 100 inches. 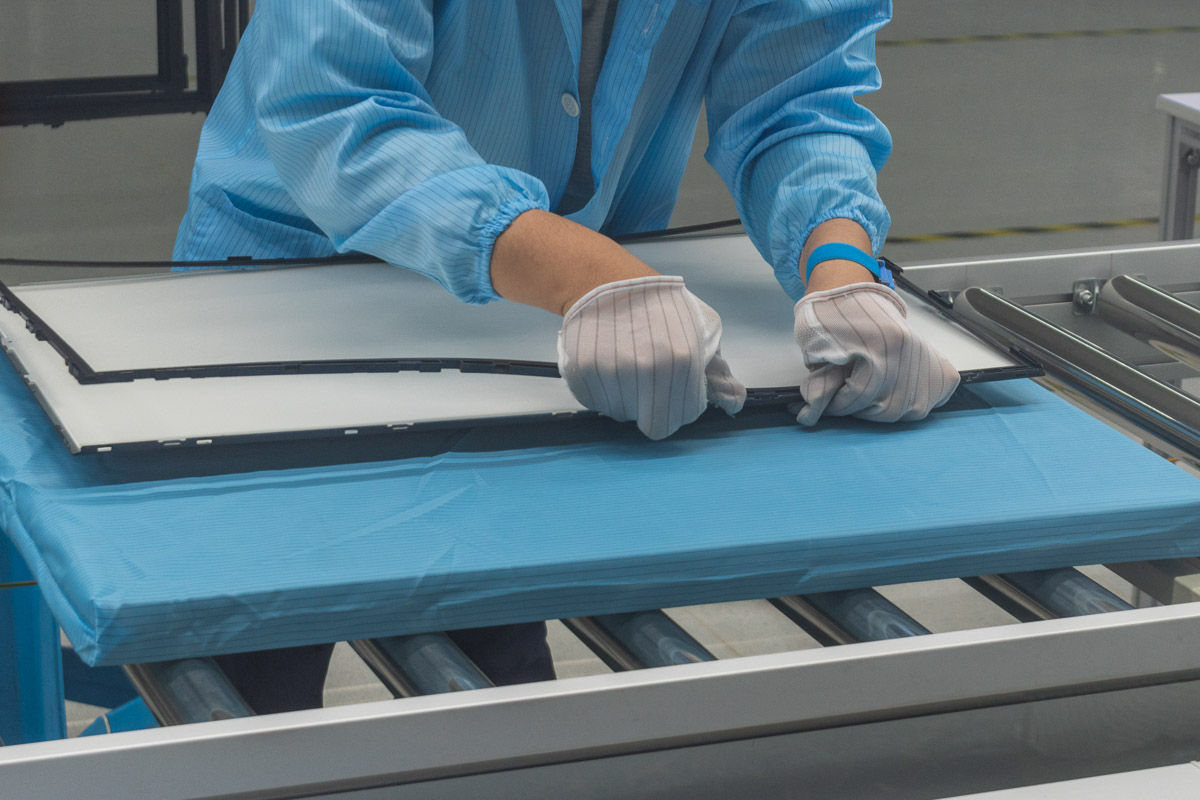 At the final stage, the control board is connected. Depending on the country of delivery and the customer’s requests, the board may vary. For example, now for the Russian market TVs with the ability to receive a digital signal are ordered. The Sansui factory produces smart TVs with the latest versions of operating systems. 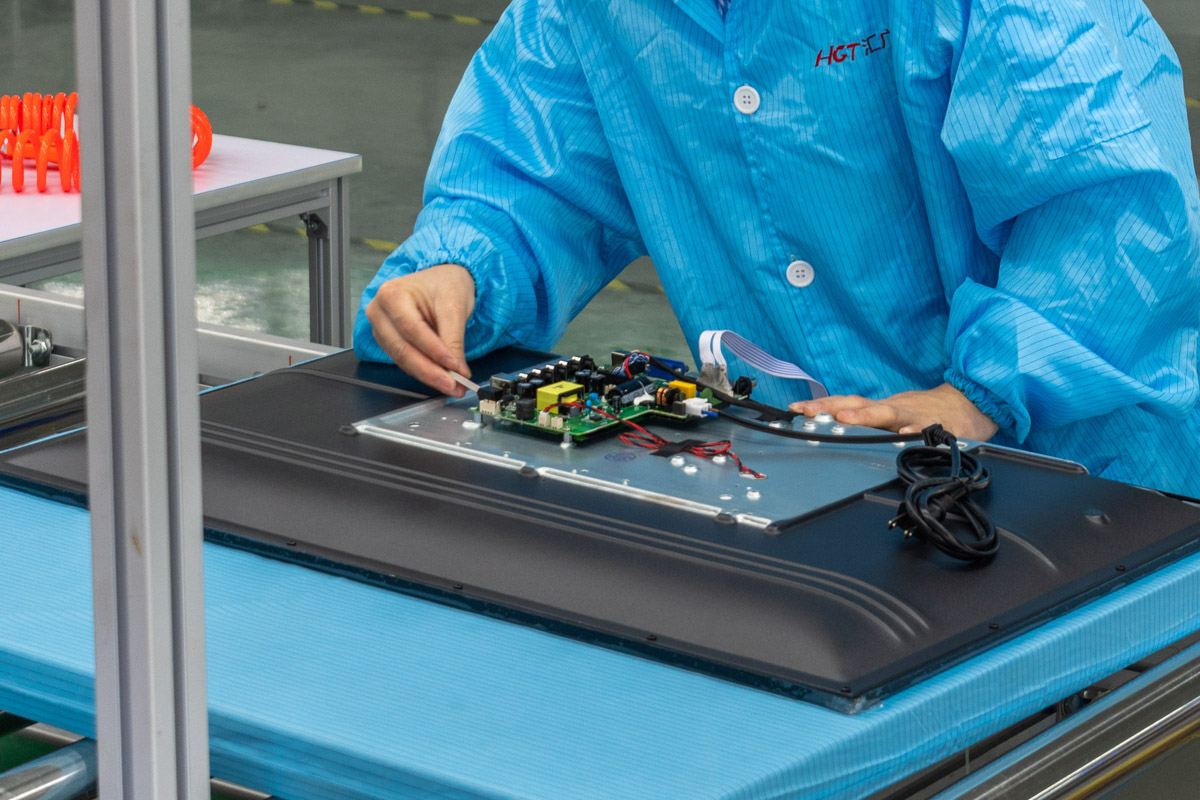 Before packing, each TV is tested on the stand, where it works for three hours. From each batch, several copies are selected for more rigorous testing. If any interruptions are identified, the entire batch being withdrawn. As you can see, the occurrence of manufacturing spoilage is almost impossible. 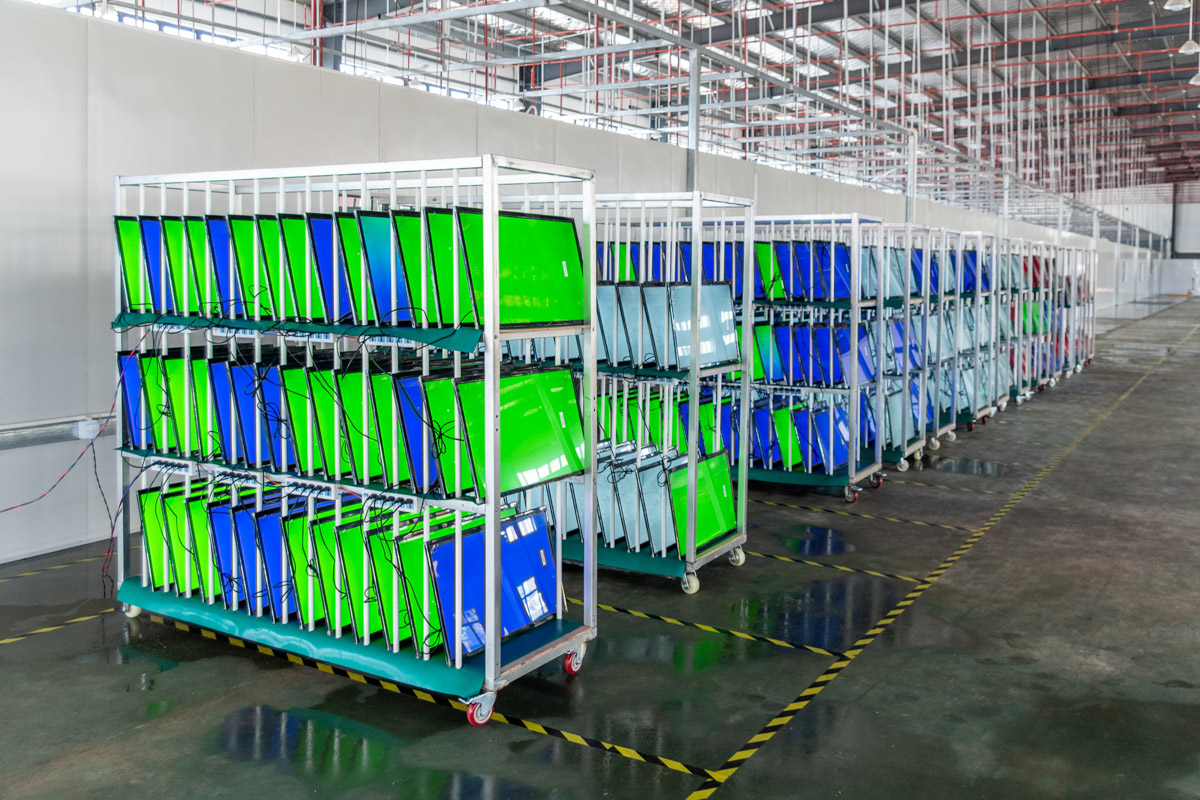 Anyone from any country can start cooperation with Sansui factory and place an order. At the output, the businessman’ll receive a batch of TVs with own logo or design, which can be run in retail networks. As you can see, it isn’t difficult to do the production business with China and also profitable. Moreover, working with a large and well-known factory, you can always be sure of the good quality of the product. 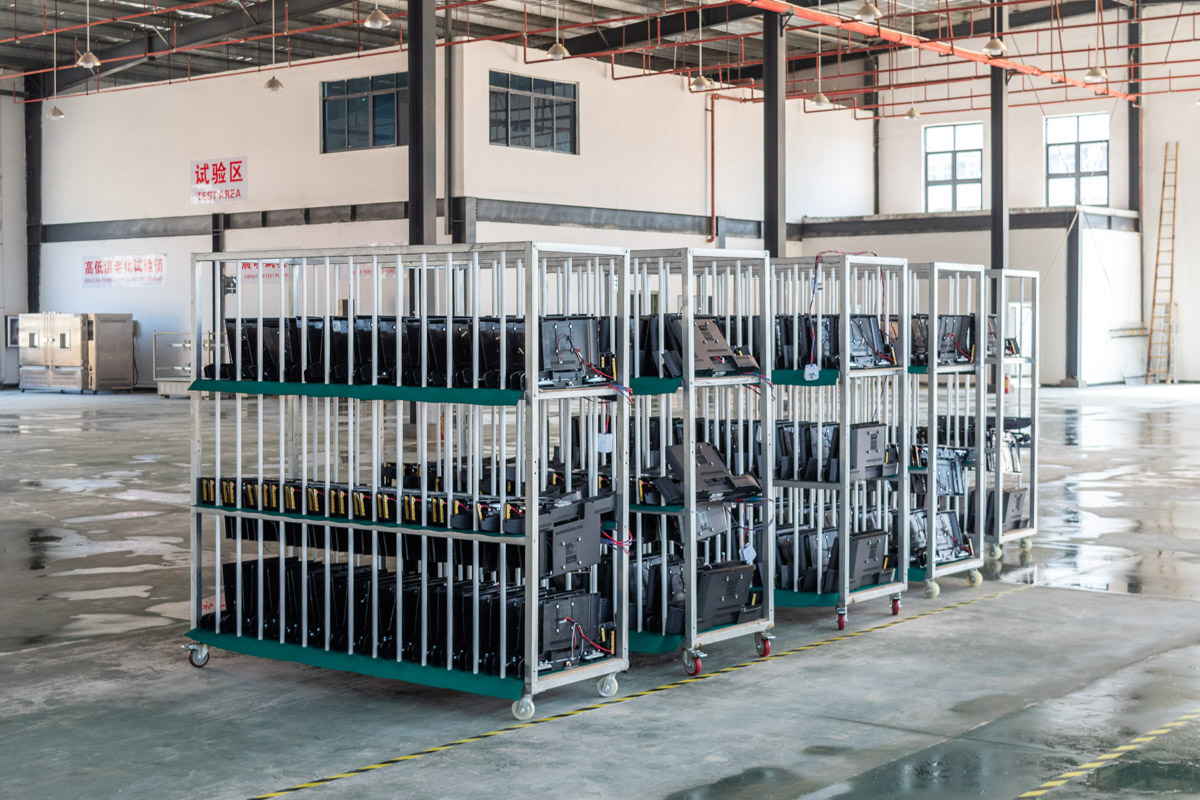