Ulyanovsk car plant was built at the beginning of the Second World War after desicion of the State Committee of Defence of the Soviet Union to evacuate the most major enterprises from Moscow.  Plant named after Stalin, which later was renamed to UAZ was among them. 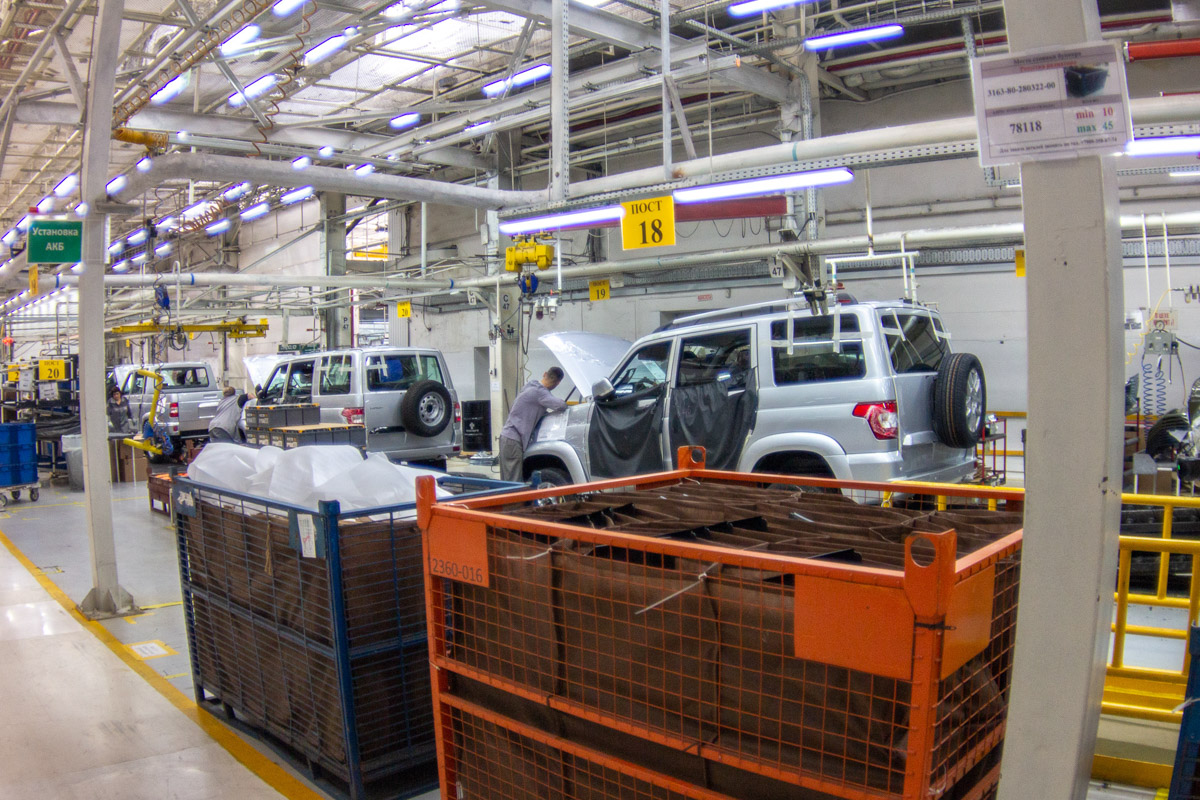 The first car of the Ulyanovsk car plant was ZIS-5B. It was a powerful mititary truck weighing 3,5 tones. In the following years UAZ cars was manufactured and then, in 1972, UAZ-469 saw the light, modern UAZ Hunter is the successor of which. 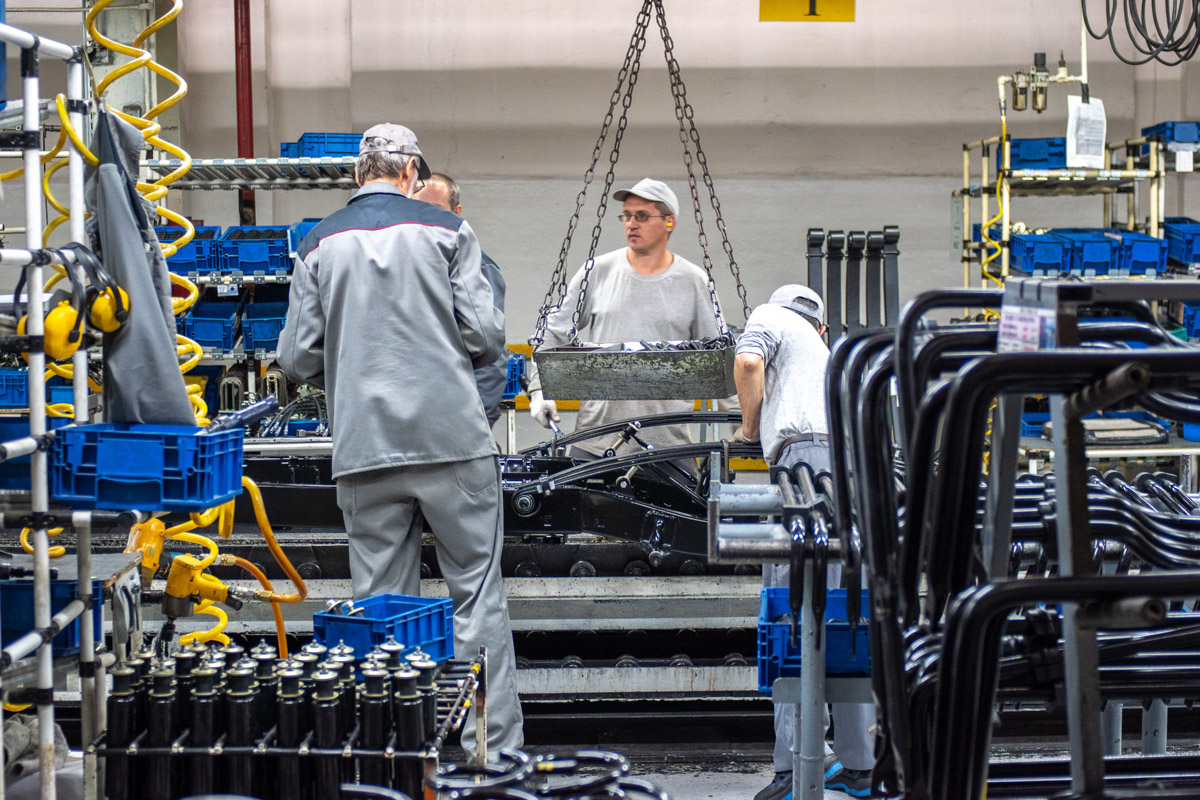 The total producing process of one car, in the words of the head of information and public relations department of the company, Konstantin Sazonov, takes two days. All processes of installation are mechanized. 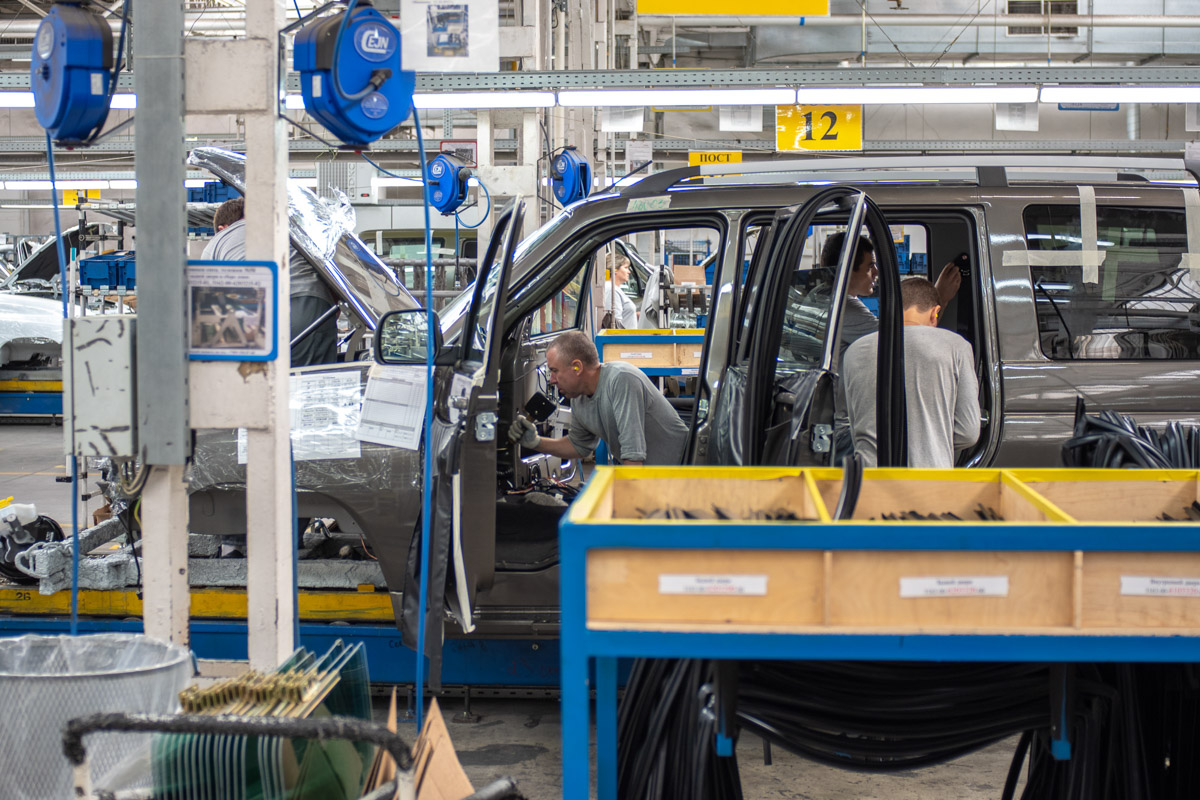 “We don’t use power assembly for a long time” — noticed our interviewee. According to the technology different moments of dragging are needed. This impossible to do manually, by eye. 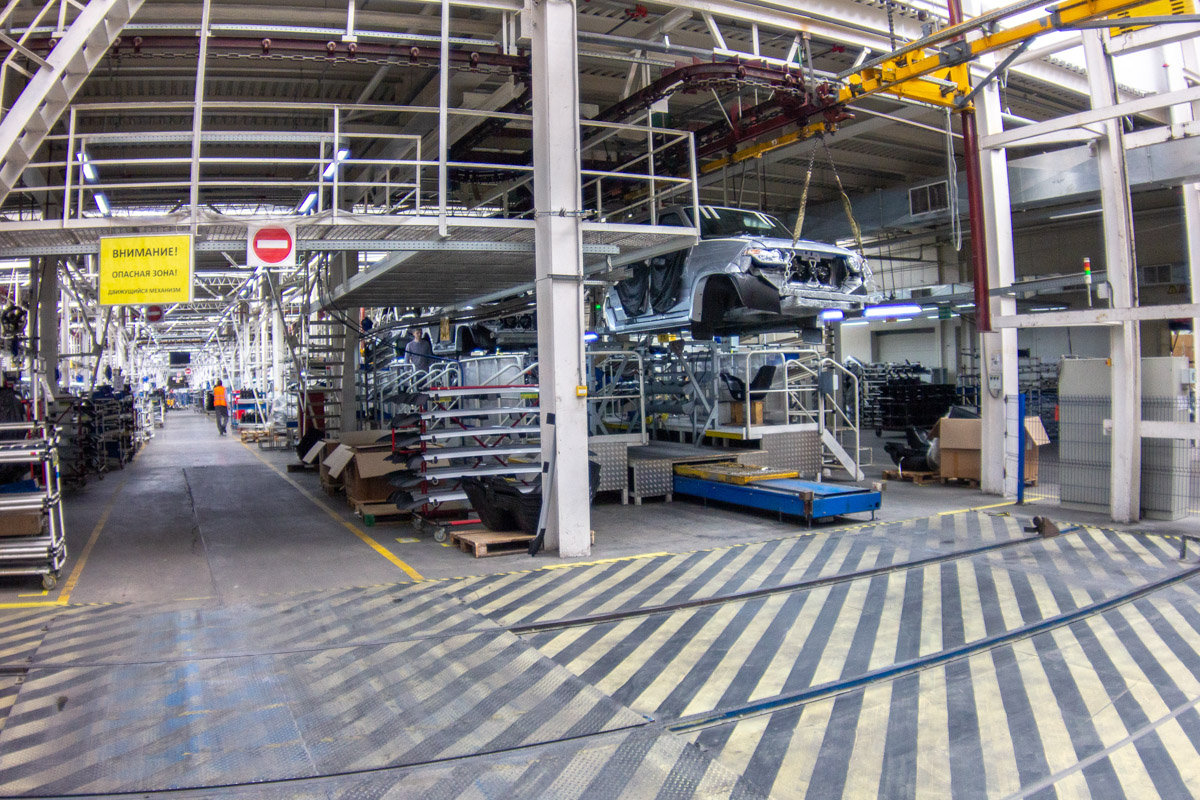 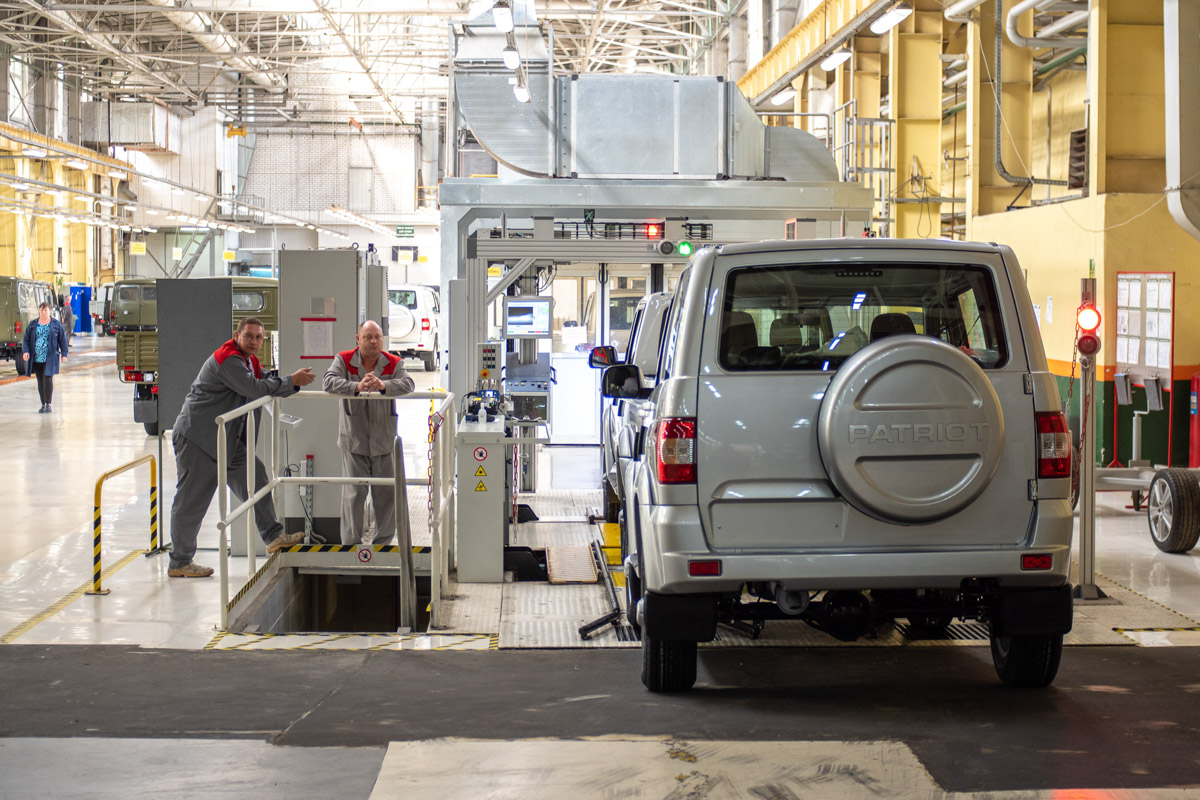 Probably, the most famous UAZ model is Patriot, about which without doubt every Russian hears. This model is now produced with petrol engines only, which are as powerful as diesel ones. 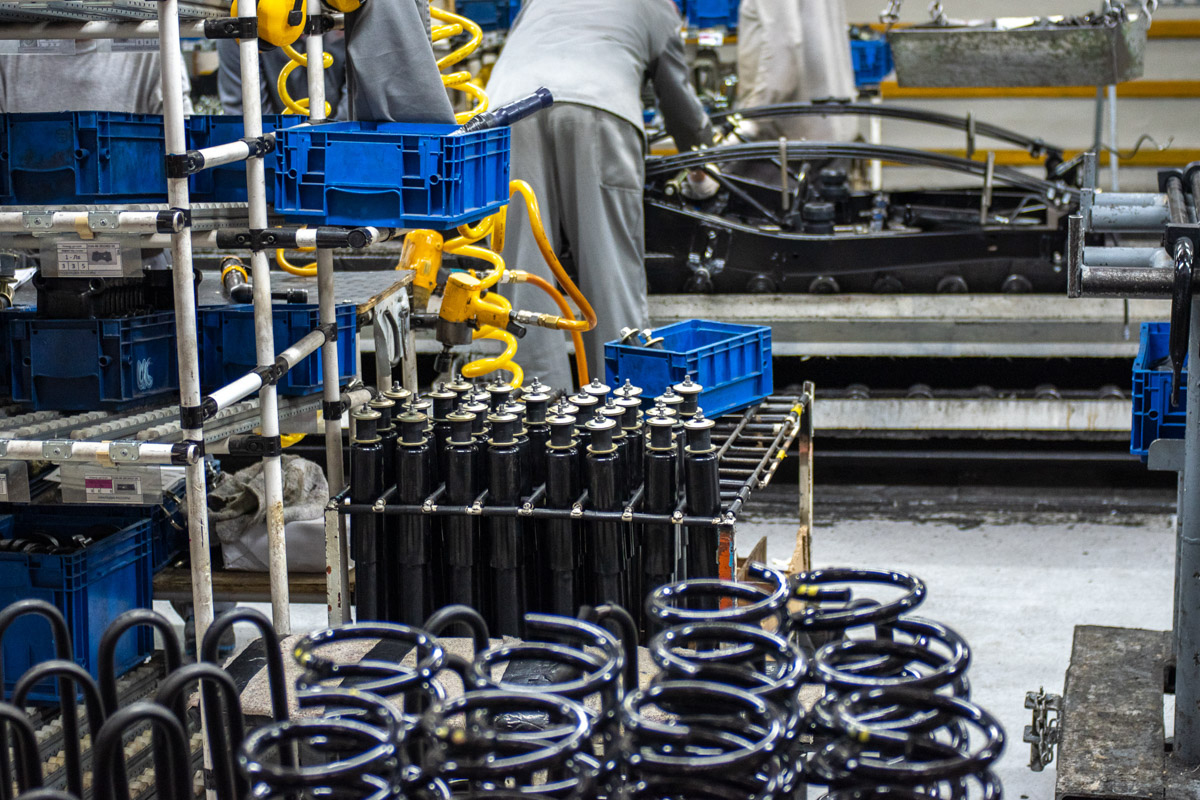 UAZes pass where there are no roads. Their repair cost is low. Patriot has all needed components of a good off-road: high passableness, powerful engine and spacious interior. Special version leaves conveyer with complete equipment package: hoist, special trunk, new tyres and protection of tie rods. This is an excellent gift for who’d like to get into the mud in Patriot. 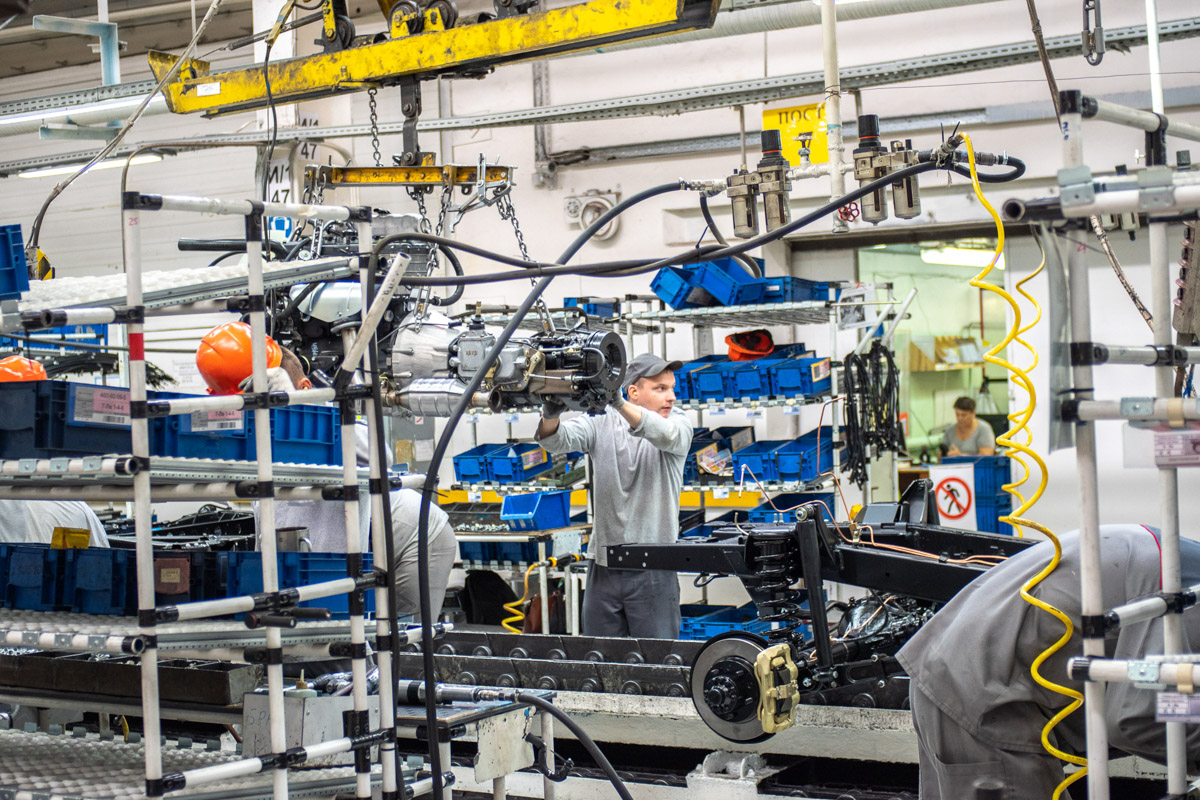 Another worthy model, which is produced at Ulyanovsk plant is Hunter designed for who are fond of automobile tourism. 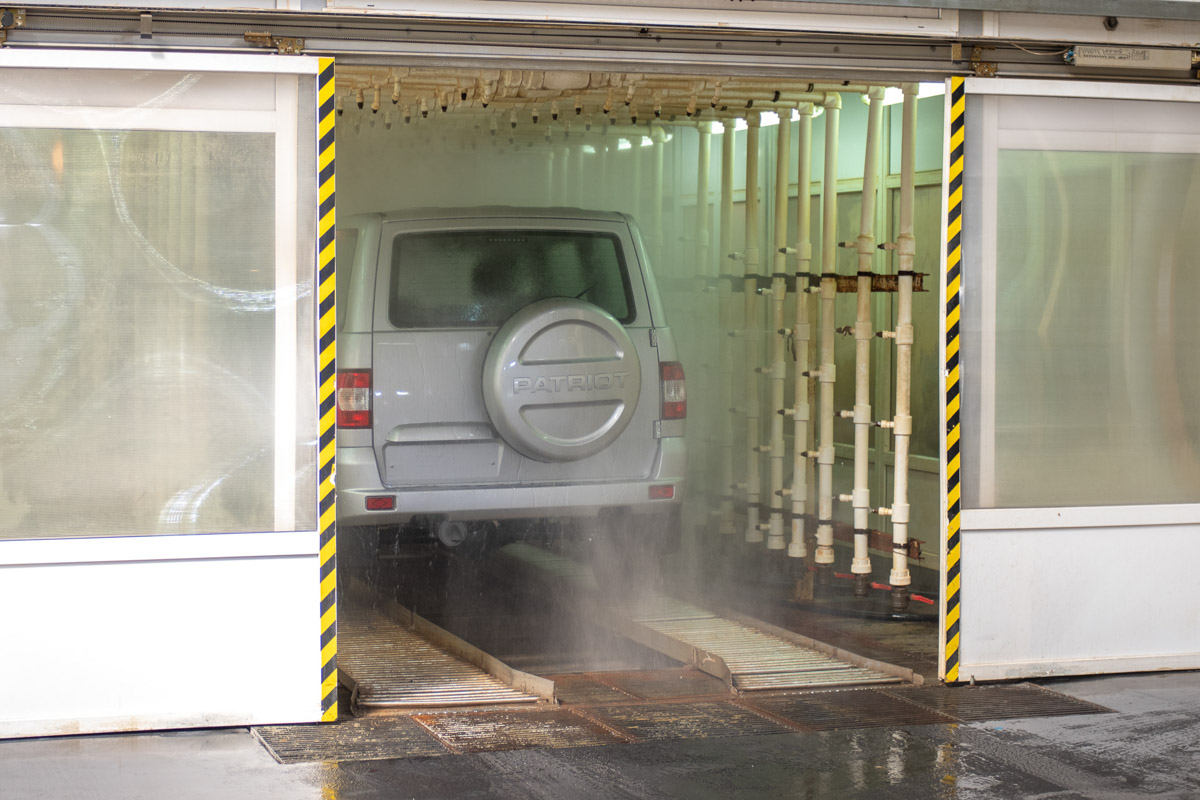 “This car is still in great demand because it’s easy to use and can conquer any off-road. Specially for brand lovers last year we released an anniversary version of Hunter with two-toned body” — shared our interviewee. 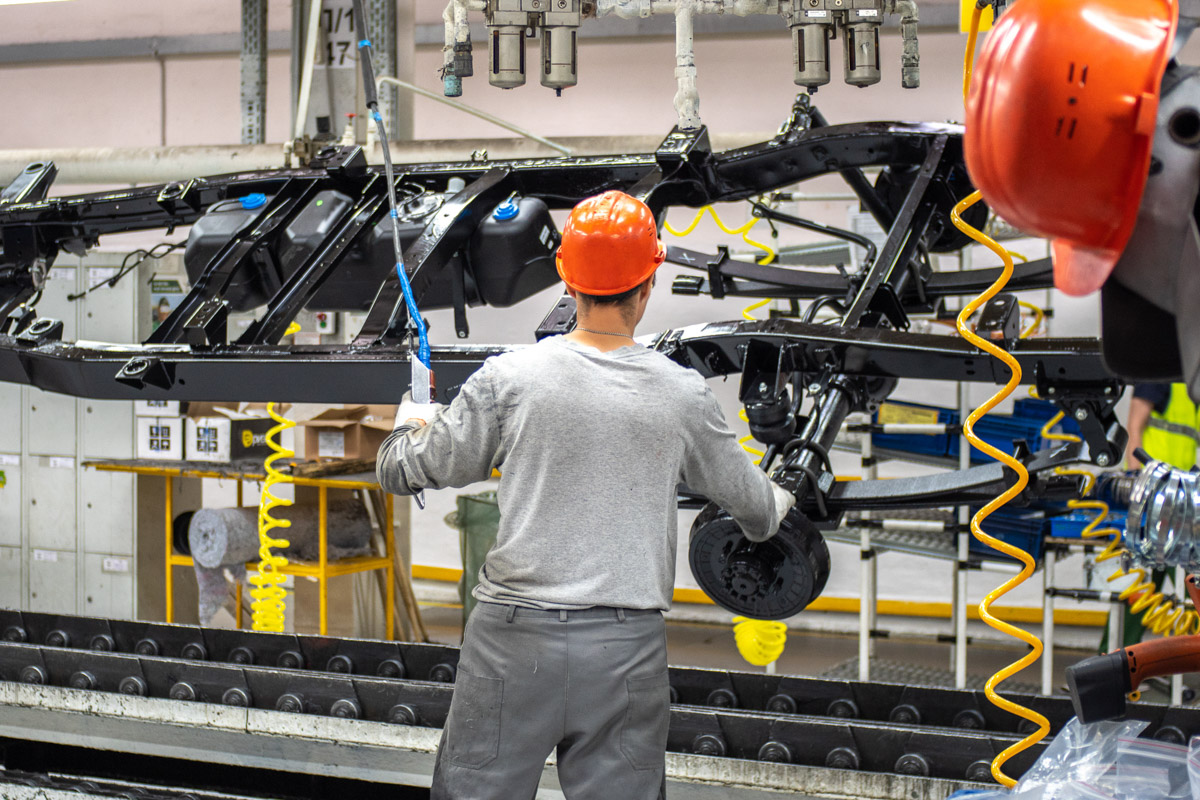 Don’t forget about Bukhanka which takes more than 50% of the total production output. This is the one and only car in the world with wagon arrangement, low load capacity and increased permeability. By the way this year Bukhanka turned 60 years old. 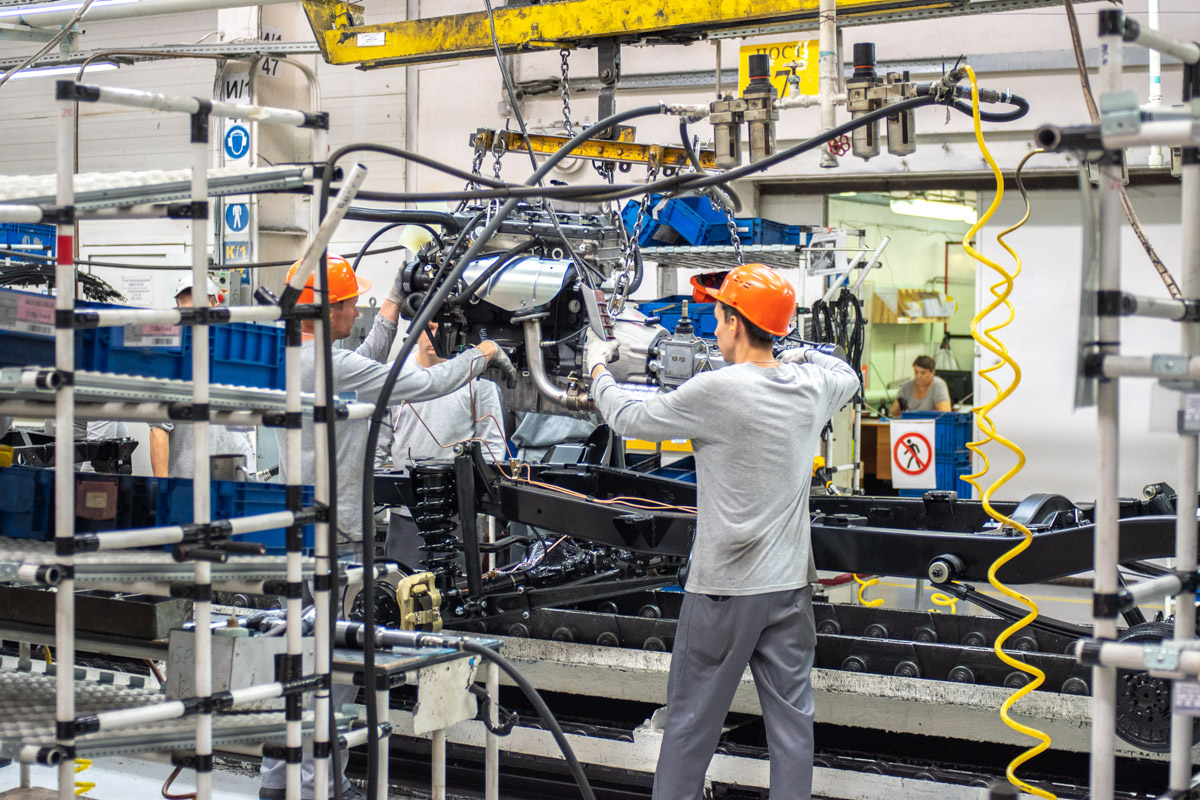 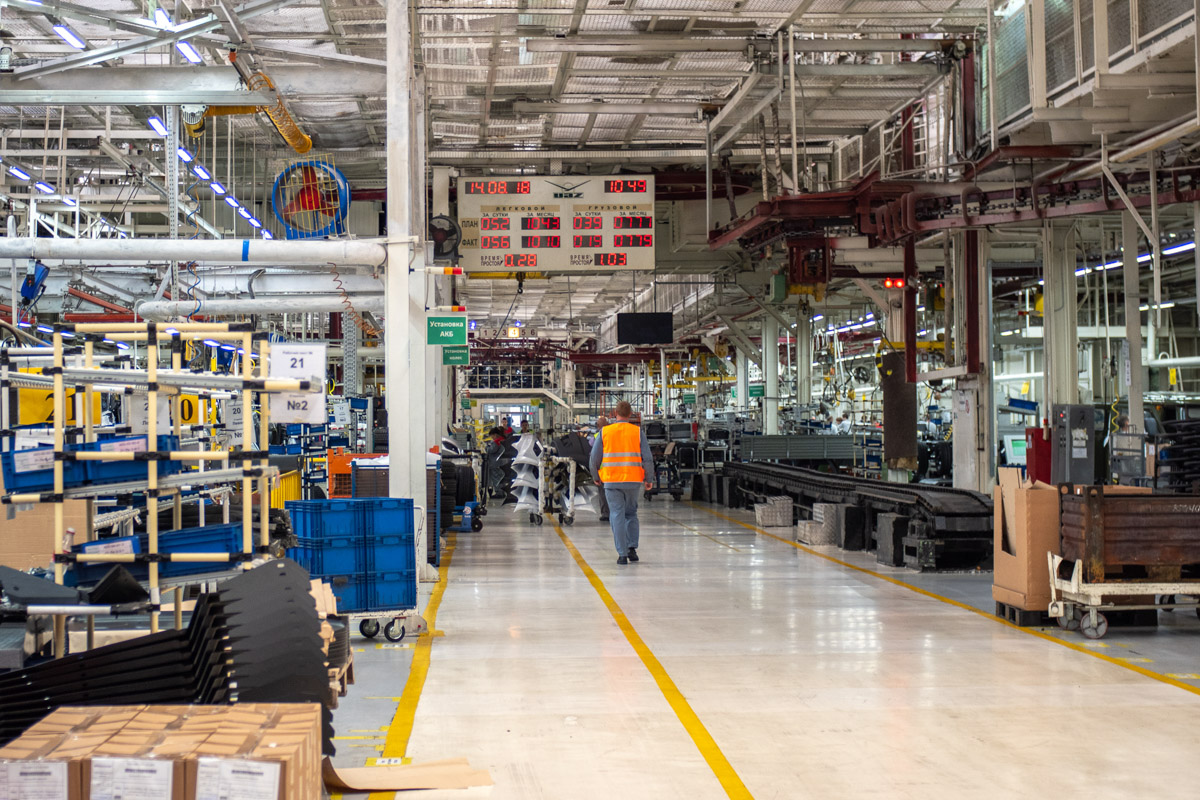 Last year UAZ started to release a new model Profy. This car represents itself as an one-and-a-half-ton truck. Demand for this car is quite high. Moreover the first hybrid car of UAZ was designed on the base of right this model. 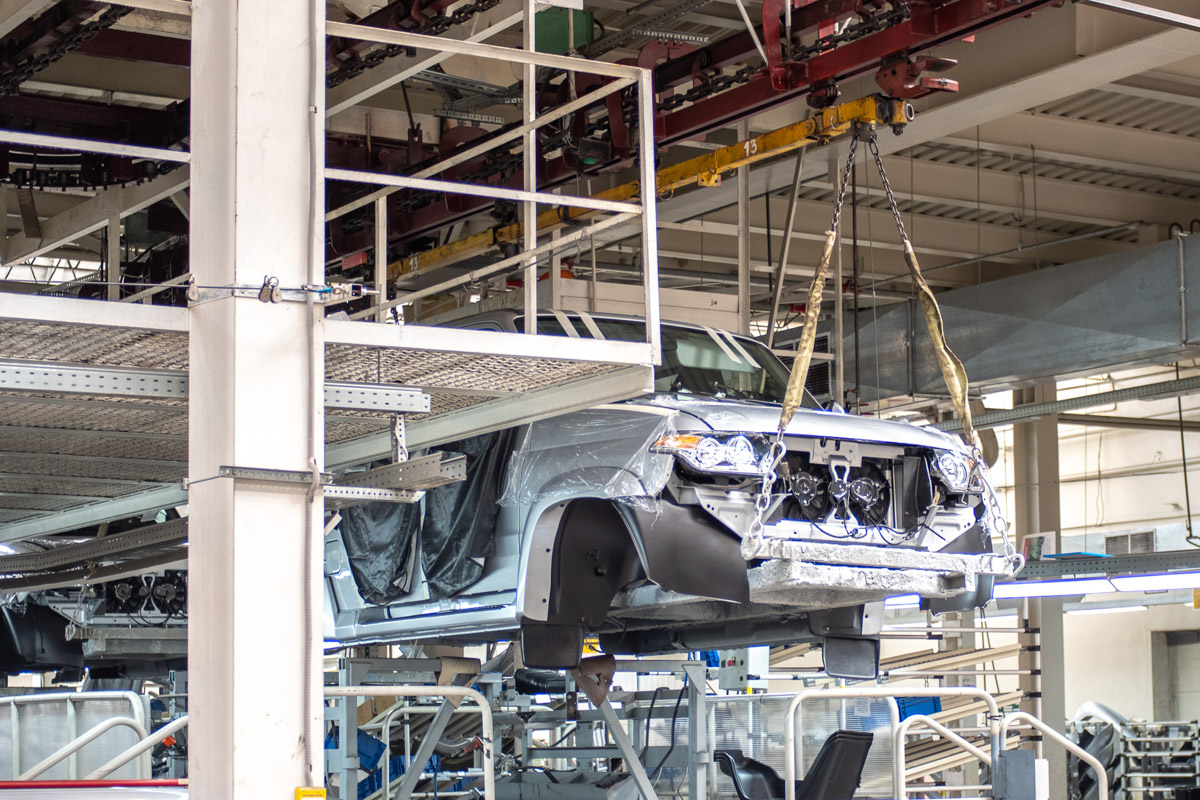 Work at the plant

About 10 thousand people work at UAZ in total. They work in two shifts till 12 pm. The number of youth among employees is about 30% and every year the number of young men become more and more here. 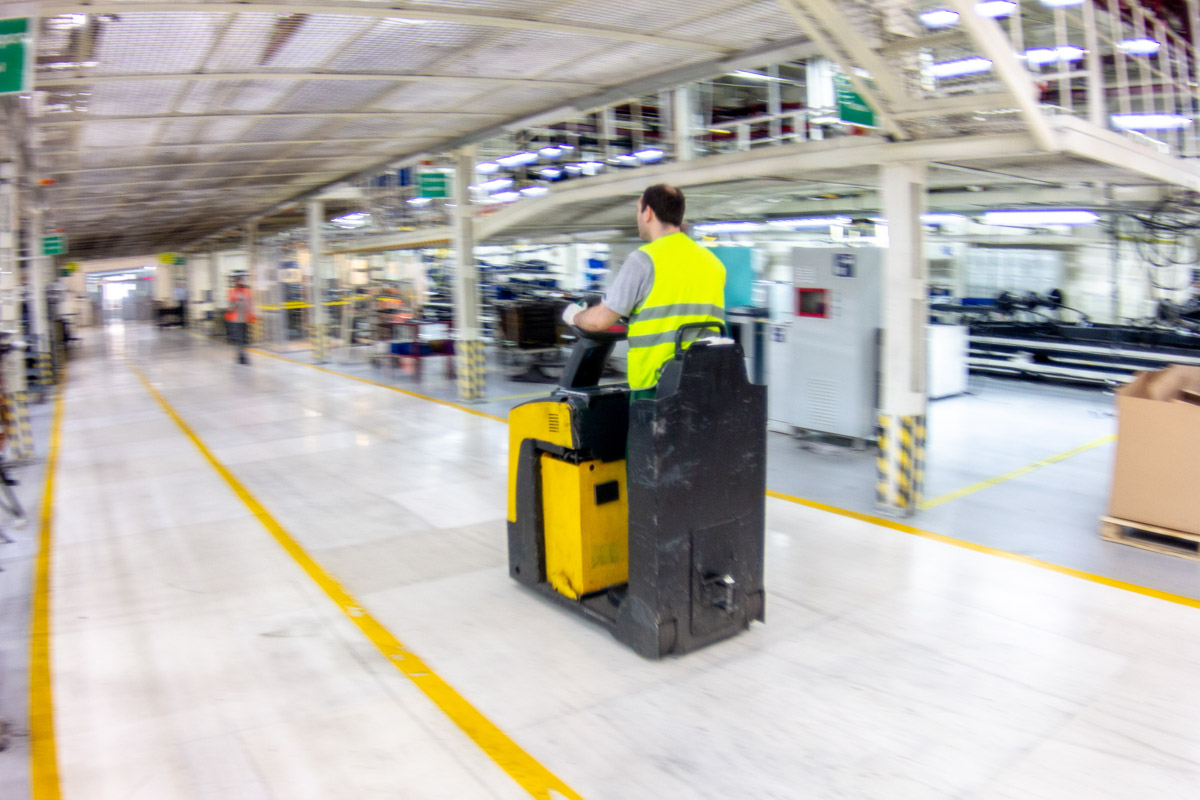 Due to the fact that a car market in Russia is exposed by seasonal fluctuations, UAZ like any other car enterprise begins a year with corporate holidays, during which the planned modernization of equipment and production capacity are carried out. 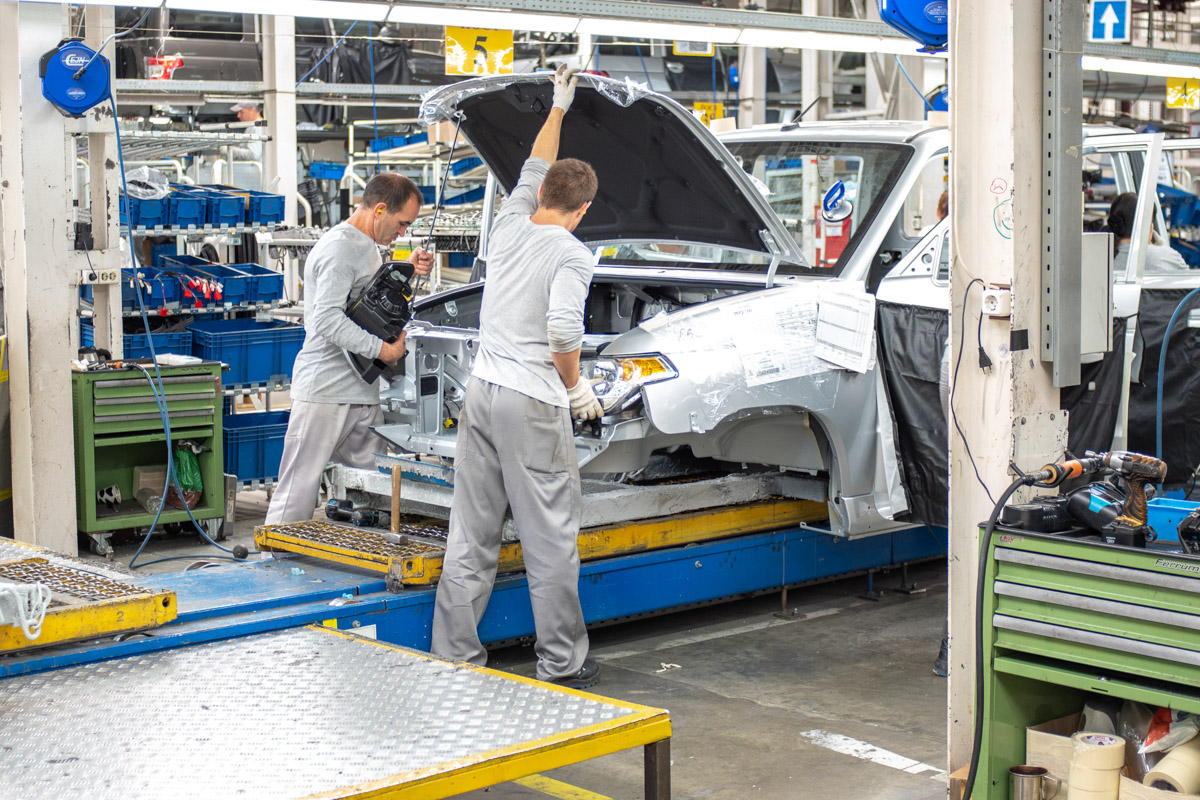 Today the demand for ulyanovsk off-roads constantly grows up, selling and number of orders increase, government contracts are among them. 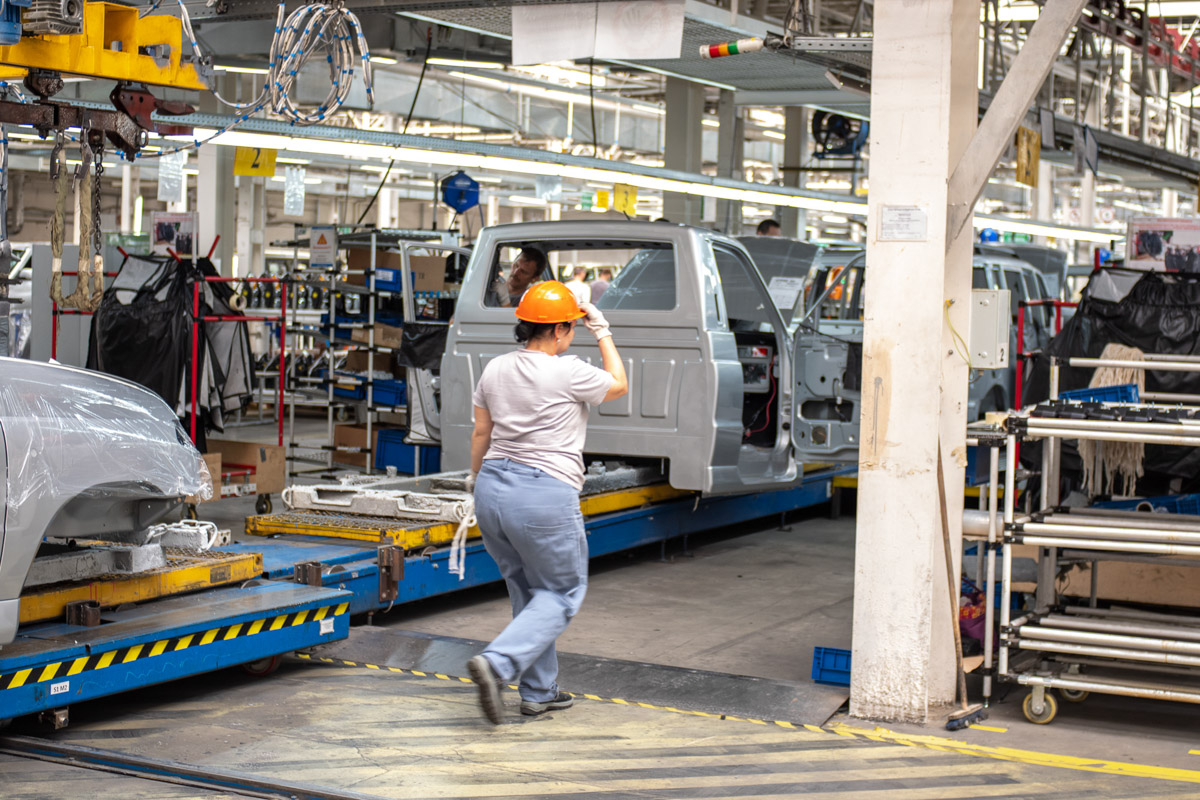 By the way, UAZ cars are sold not only in Russia, a part of cars are exported in foreign countries, Latin America are among them. During last year an export of ulyanovsk cars was increased by 47%. More than 5 thousand cars was sold abroad. Company is planning to increase the amount of sales to foreign markets over the next three years up to 20 thousands per year.