Going to explore the world and learn new countries, once again, I took a protected smartphone with me. This time the choice fell on AGM X3, which works on the Snapdragon 845 processor and differs with a flagman function set. I was so impressed with the novelty that I want to tell you about my experience of using this smartphone without any delay.

AGM X3 case has a strengthened design and rubberized corners that will soften the impacting force at the moment of the fall of the smartphone. The rear panel is totally metal and coated with matte paint, there are the same insertion of metal on the sides. In general, the smartphone inspires confidence, but doesn’t look too brutal as the usual protected models. 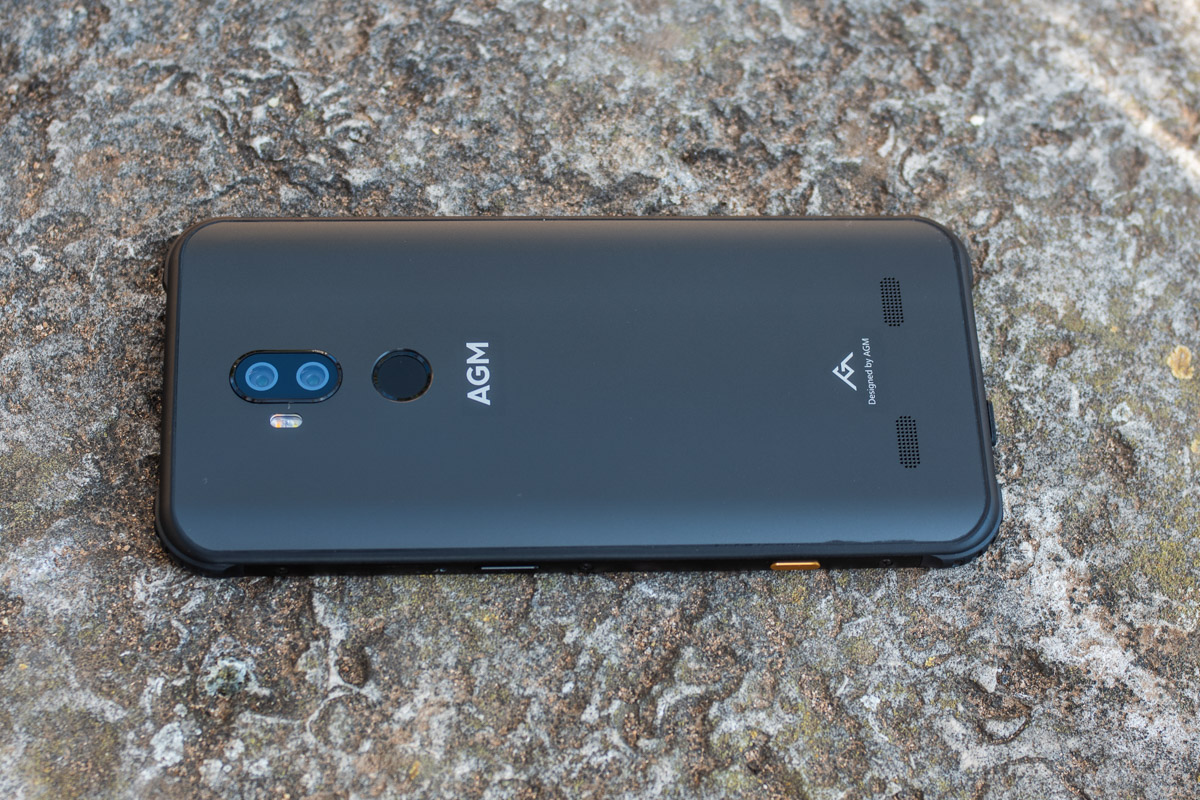 Wide-format 6-inch display of AGM X3 smartphone has a resolution of Full HD Plus 2160×1080 pixels. The screen is covered with Gorilla Glass 5.0 and is resistant to damages and scratches. Besides, I want to note the realistic color rendering of the image and high brightness of the display, which allows to work with the smartphone even in sunny weather. 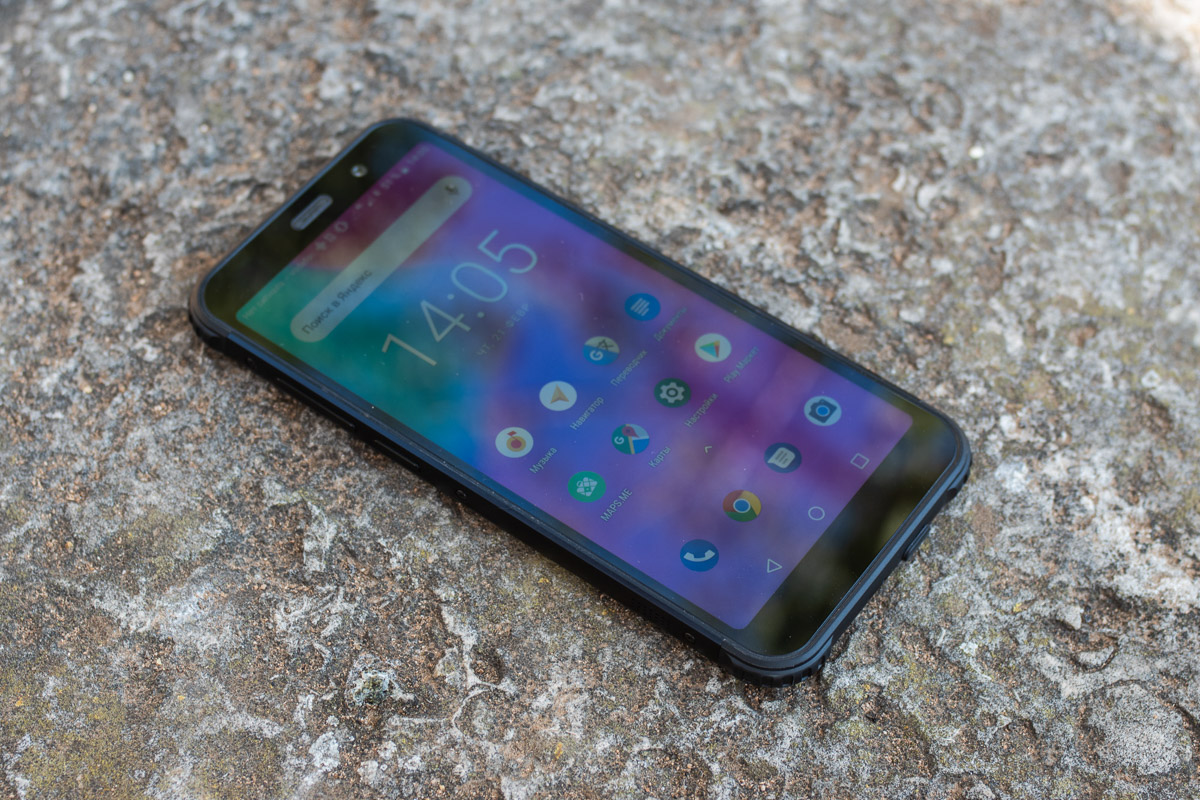 Protection of the smartphone is made by IP68 standard and has a military certificate MIL-STD-810G. The smartphone can withstand falls, bumps, cold, heat, water, sand and dust. At the moment, in case not to be unfounded, I offer you to watch the video of the crash tests that I have conducted on my own.

The speaker and microphone of the smartphone aren’t filled with water and I always hear the interlocutor distinctly, and so he hears me. It’s possible to use two SIM-cards at the same time in AGM X3, which is simply indispensable during travelling. Slot for the second SIM card is suitable for installing an additional memory card up to 256 GB. 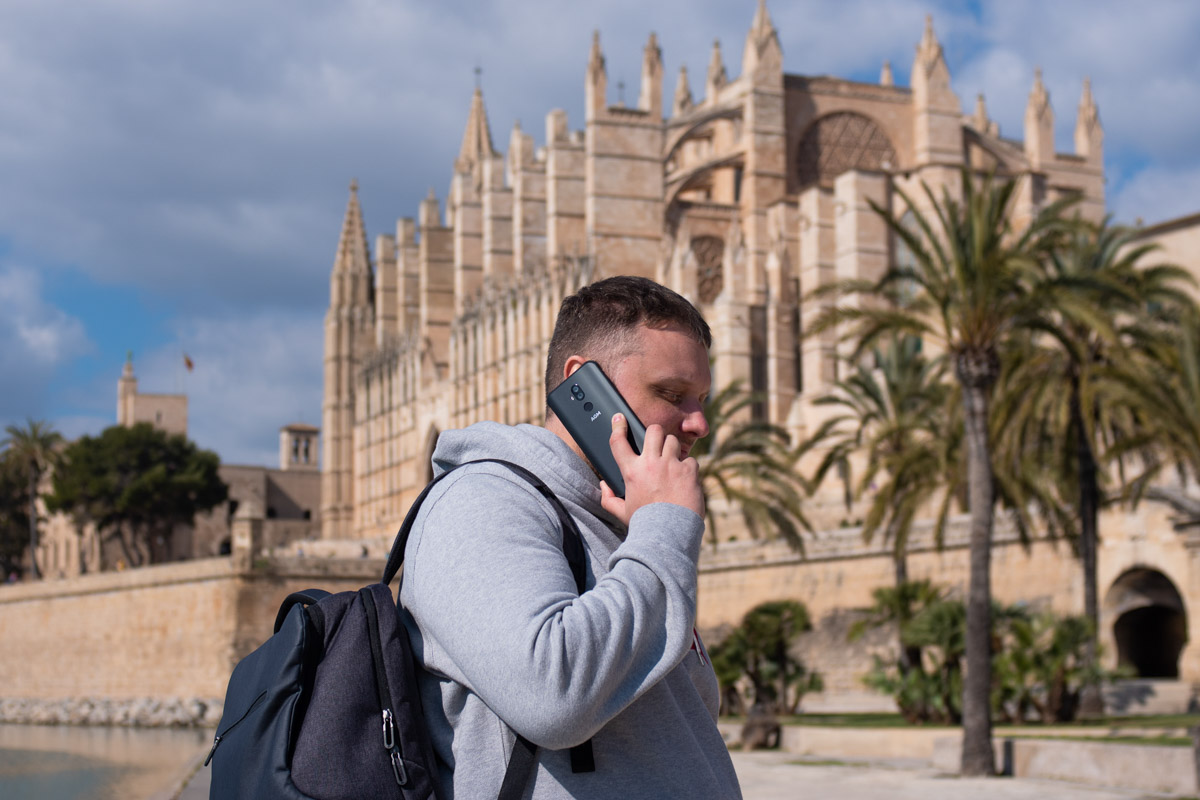 I found a very interesting feature in the settings of the device — work with gloves. If you activate it, the sensor begins to perceive the touch of hands, dressed in gloves. This solution is very suitable for Russian severe winter. 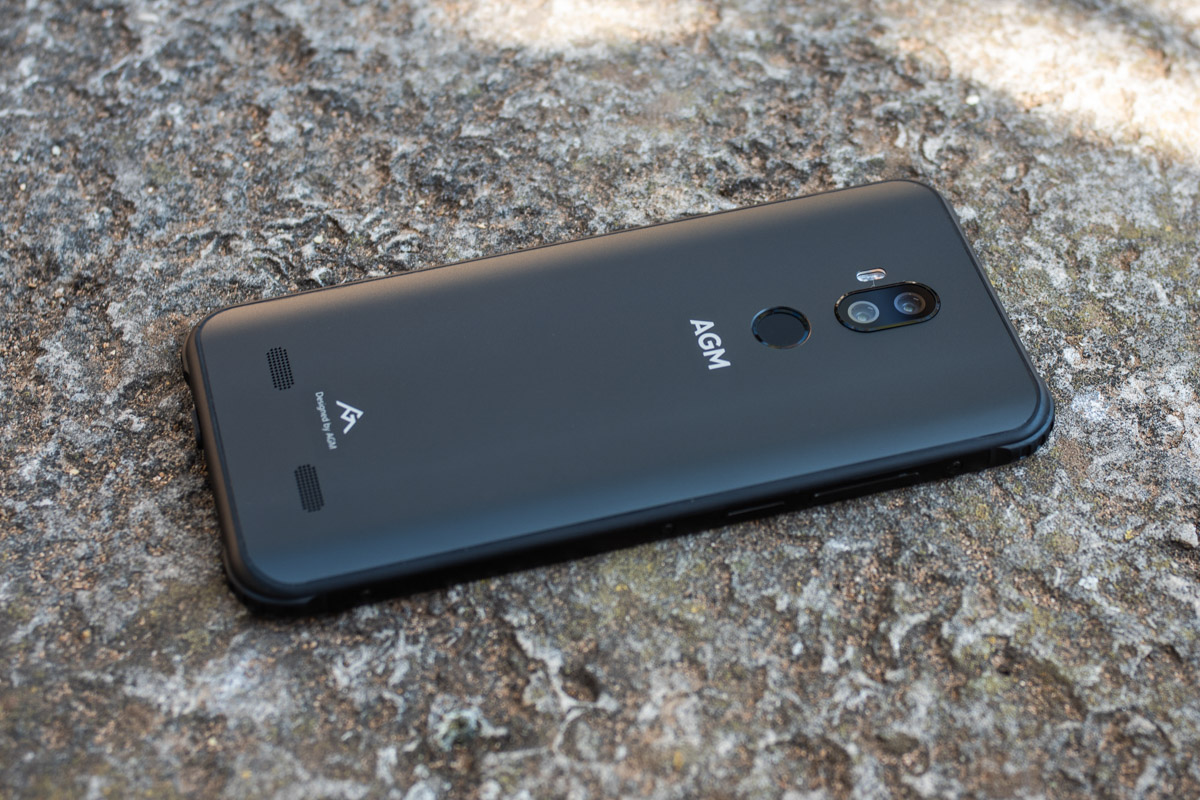 If one work with a smartphone with gloves on, it’ll be difficult to get access to information using a fingerprint scanner. Therefore, the developers have updated AGM X3 with facial recognition system. It’s enough to look at the front camera of the device and it’s unlocked immediately. 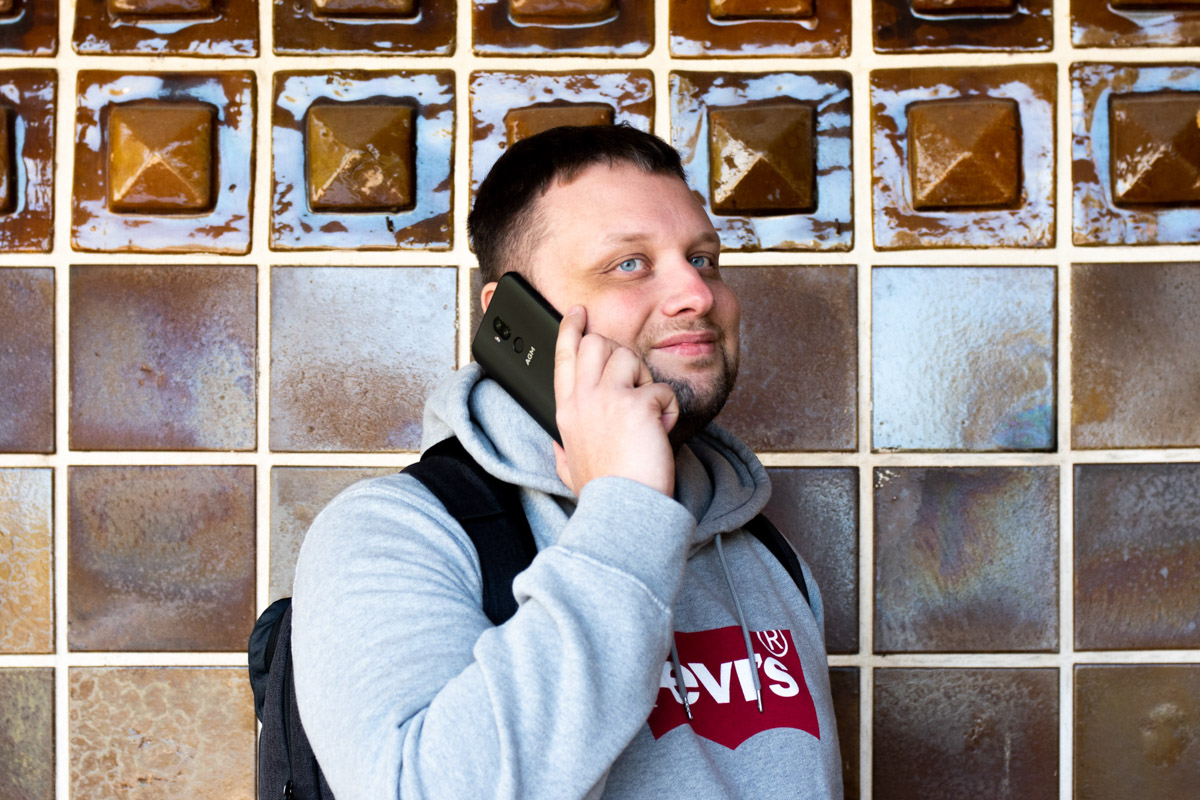 The manufacturer chose the 8-core Snapdragon 845 processor from Qualcomm as a technical basis. Add here 8 GB of RAM and get the device that is able to solve any task. According to the results of benchmark tests in the AnTuTu app, the smartphone received 283658 points and was able to get to windward of 86% of competitors. I want to note that this is a very good result. 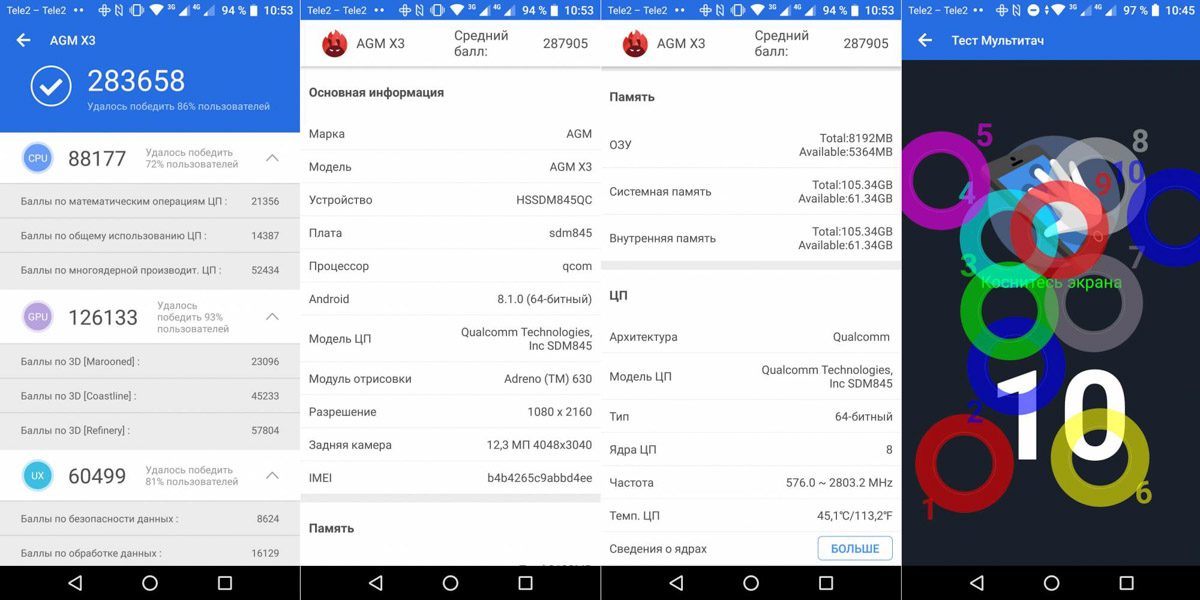 The built-in memory of the smartphone is 128 GB, which allowed me to take on a two-week trip with me not only the most necessary, but also a little more. So, there were offline maps of several countries, dictionaries for translation, an infinite selection of music, games and two brand-new soap operas in the storage facility of my AGM X3 smartphone. Meanwhile, still 60 GB were left for photographs and videos. 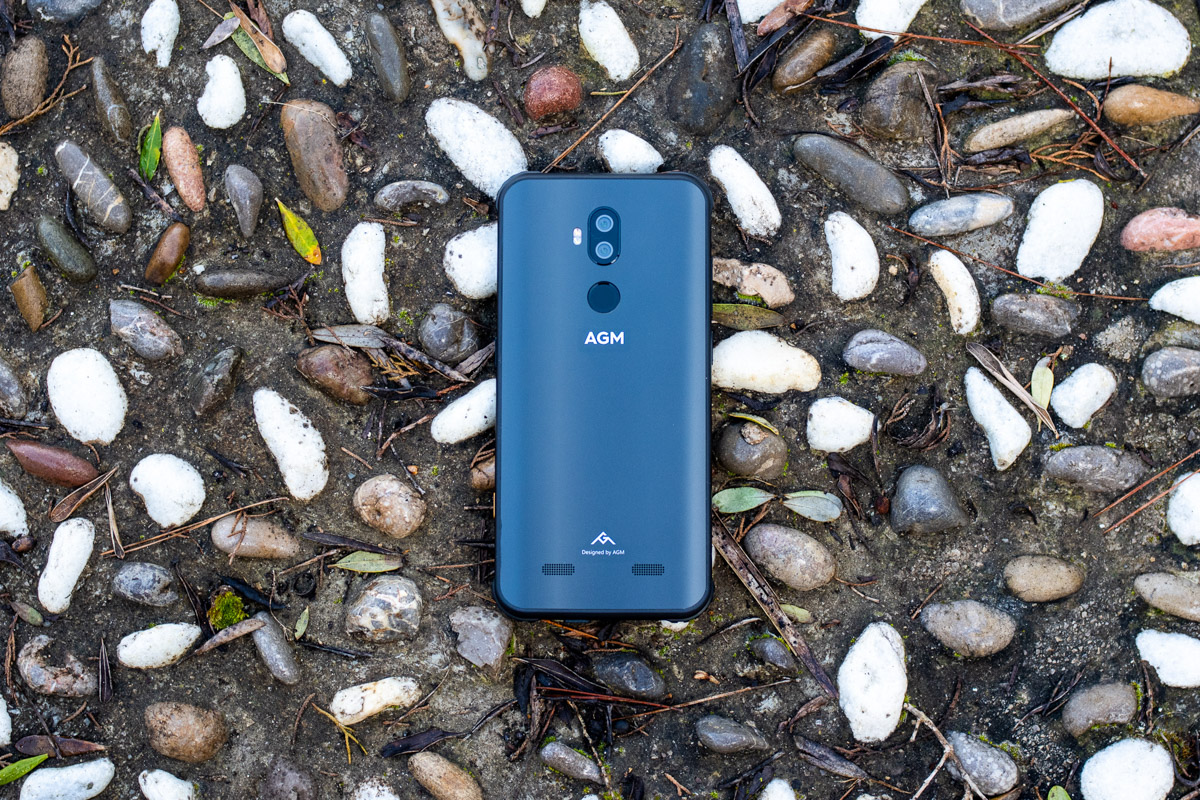 As a rule, I keep my plastic cards and documents in a special hidden backpack pocket. It would be very difficult to turn the bag inside out at the checkout every time in order to pay for purchases. NFC-chip of AGM X3 smartphone came to me for help, which allows to make contactless payments. I’ve put all my bank cards in the memory of the device and now I just bring the device to a terminal. 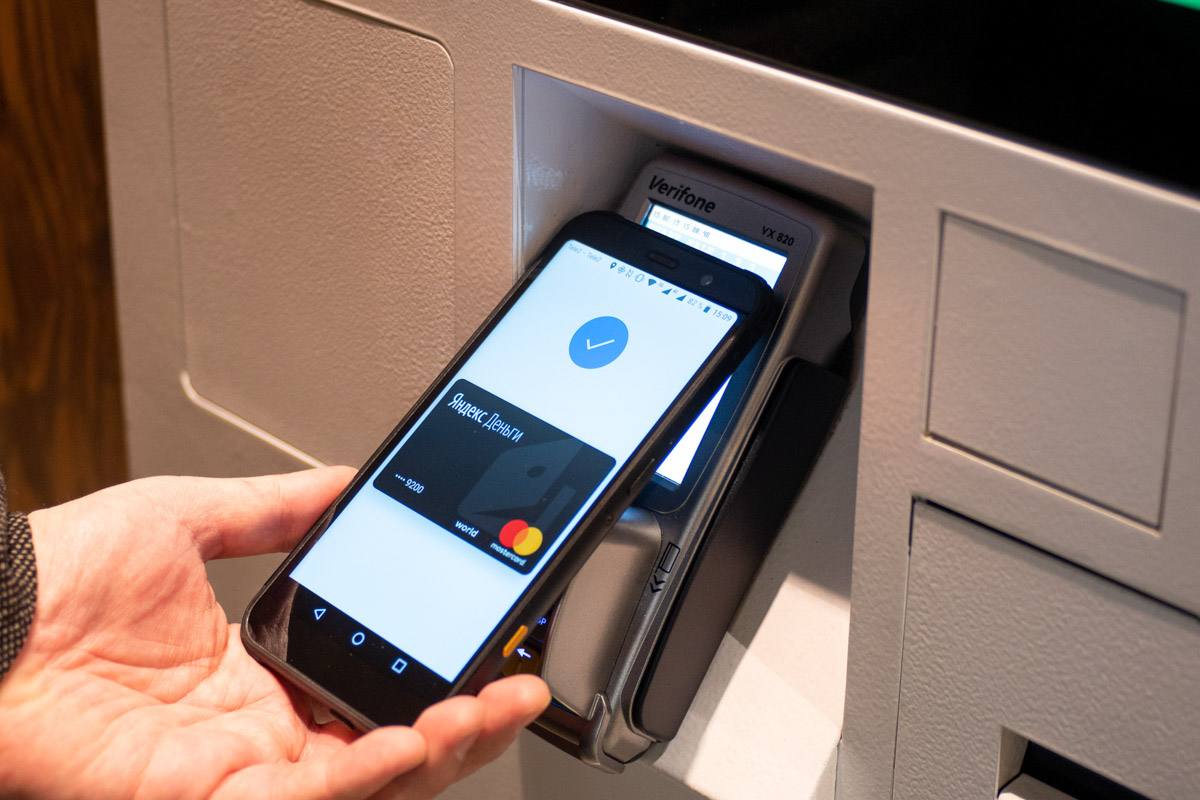 Being in a strange city, I can be 100% sure that AGM X3 won’t let me get lost. The satellite module of the smartphone with A-GPS and EPO-GPS support works with high accuracy and surprisingly quickly “warms up”. The productive processor allows me to use several navigation applications concurrent. 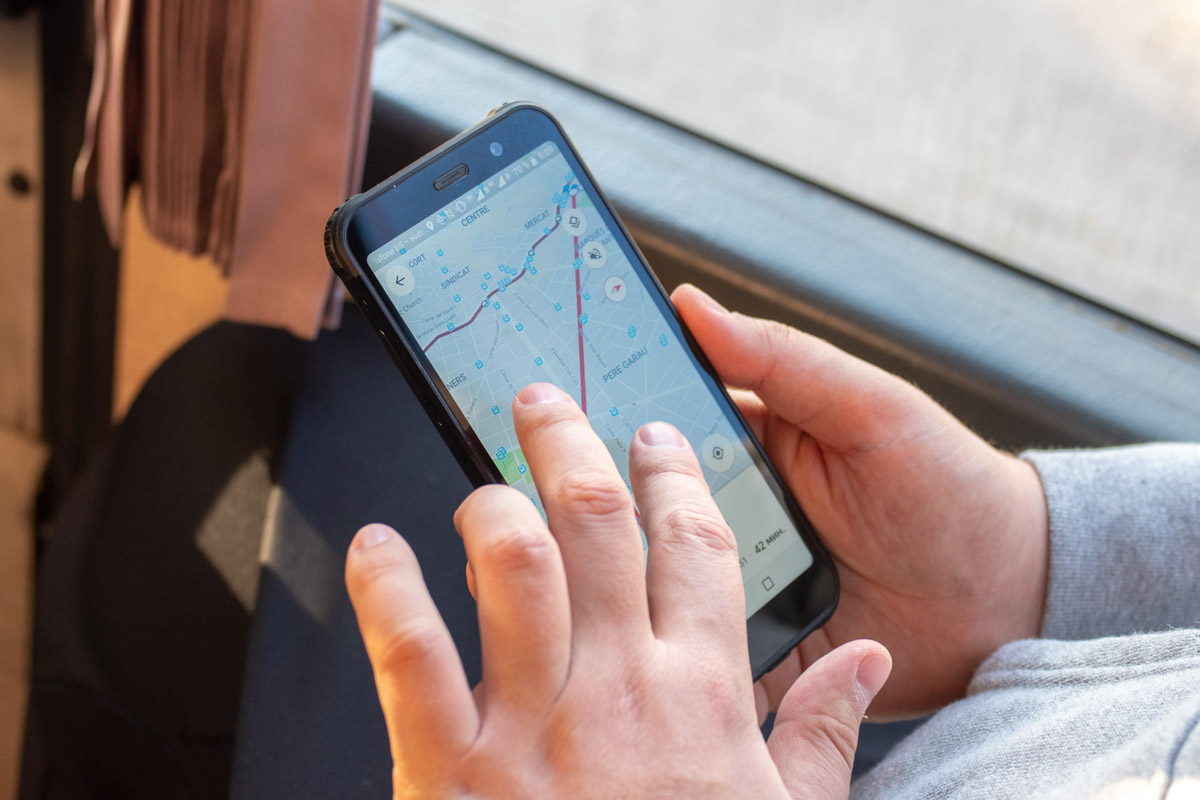 If one had to buy an external weather station separately for AGM X1, then all the necessary sensors are already embedded into X3. So, without access to the network, I can see the current temperature on the screen, know the humidity of the environment and clarify the atmospheric pressure. 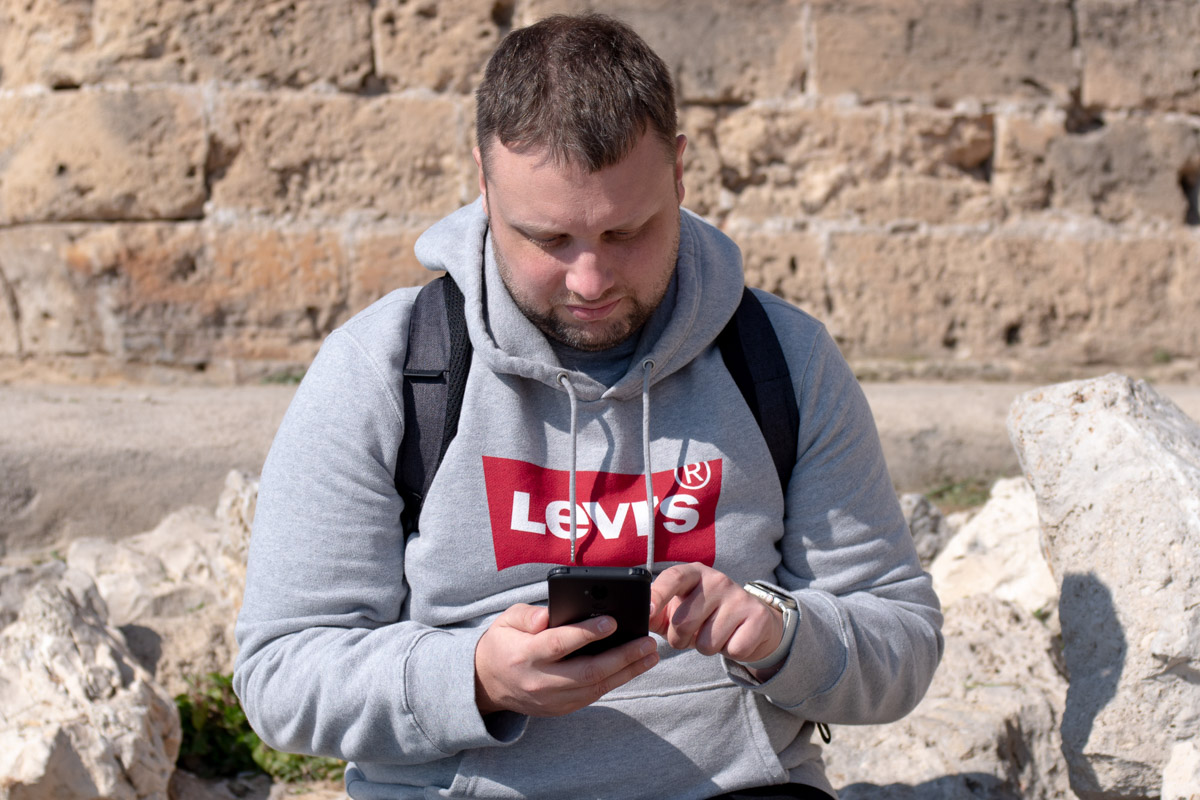 The AGM X3 dual camera with blow-up effect and 24mp resolution helped me preserve the most precious things of my journey — memories and impressions. Images taken with the smartphone are characterized by good definition and realistic color rendering. You can see some pictures which I took during my trip below.

With AGM X3 I can listen to music not only with headphones, but also with my friends. The smartphone is updated with a JBL speaker acoustic system with two speakers, which creates the presence effect while listening to music. 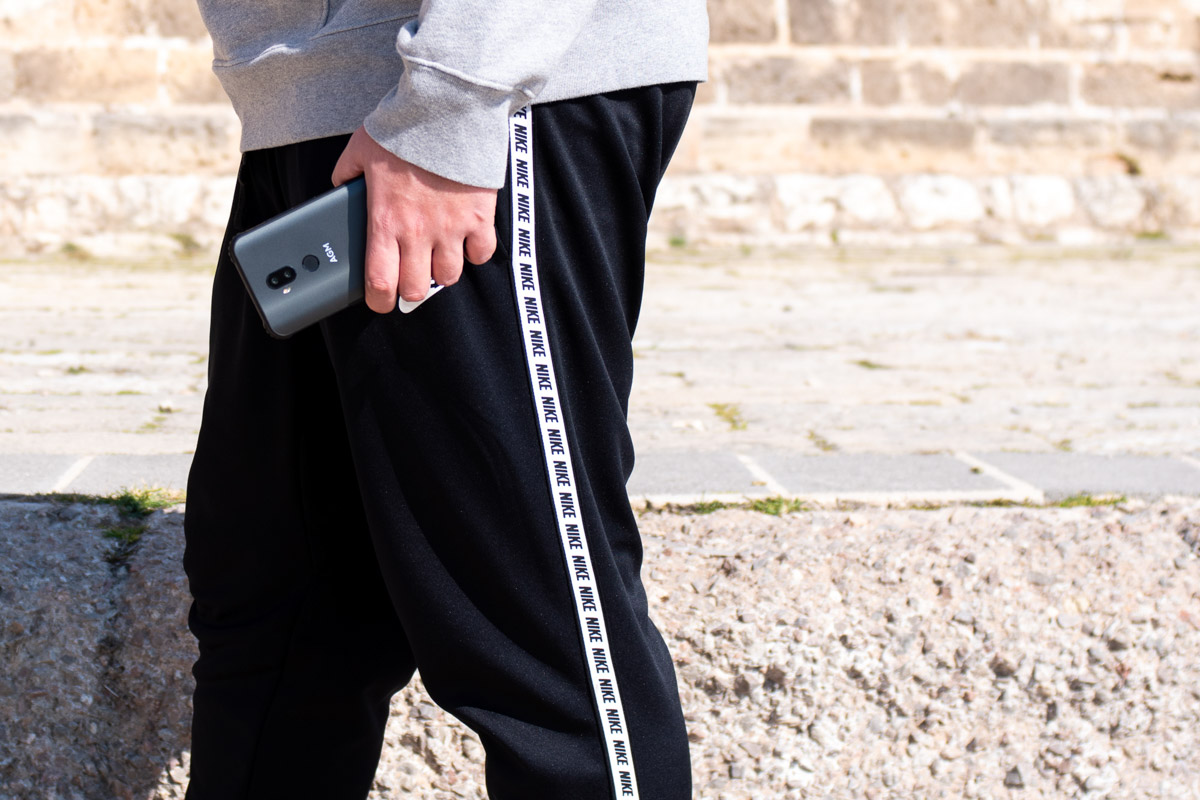 The capacity of the built-in battery, which is 4100 mAh, is enough for two days. No, of course, if you play games and upload a torrent, then time of autonomous operation of the smartphone’ll be sharply reduced. I’m talking about reasonable usage: a bit of Internet, e-mail, workout music and chating in social networking. The smartphone supports wireless induction charging and fast QC 4.0 by Type-C. 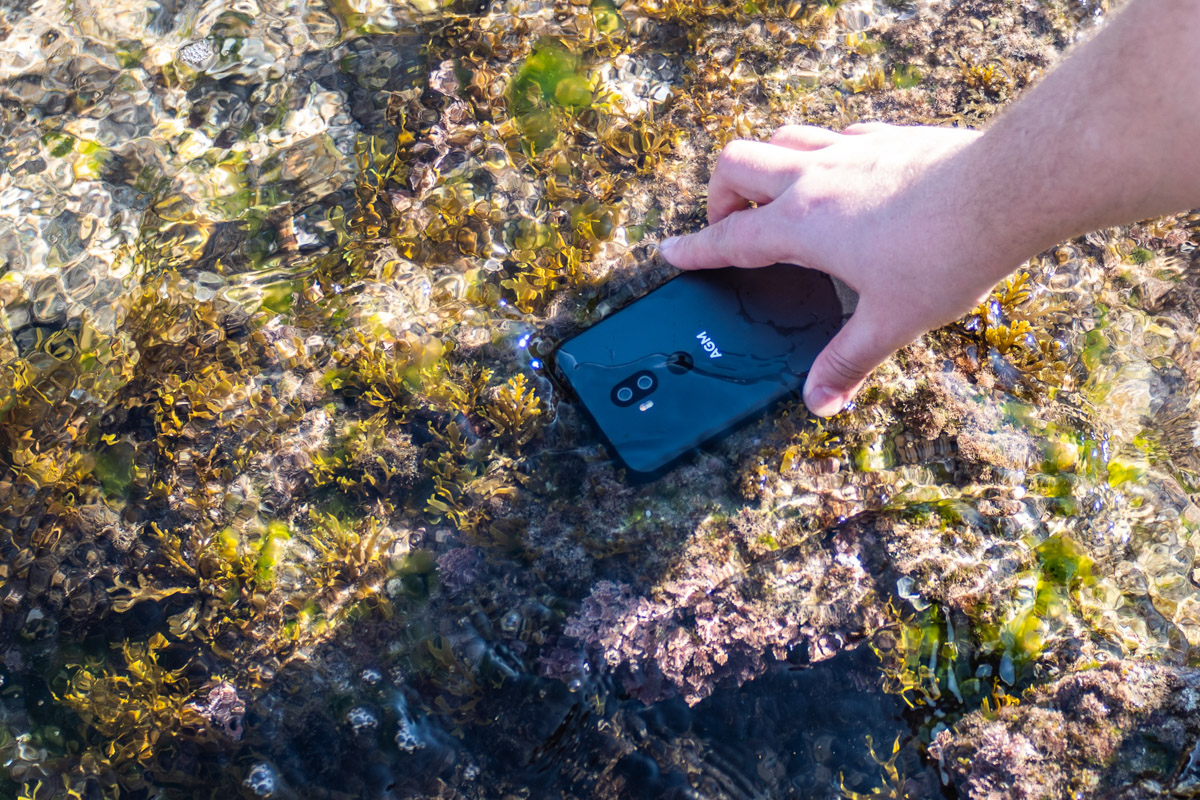 This is the very case when AGM X3 have created so much impression that it doesn’t want to be returned after testing. Protected smartphone has become a multifunctional tool for me that is simply indispensable while working and travelling. I want to note the high performance of the device, which is directly related to the use of qualitative electronic components and processor from Qualcomm. It’s also worth adding a fast satellite module, excellent camera, sound from JBL and protection under IP68 standard. 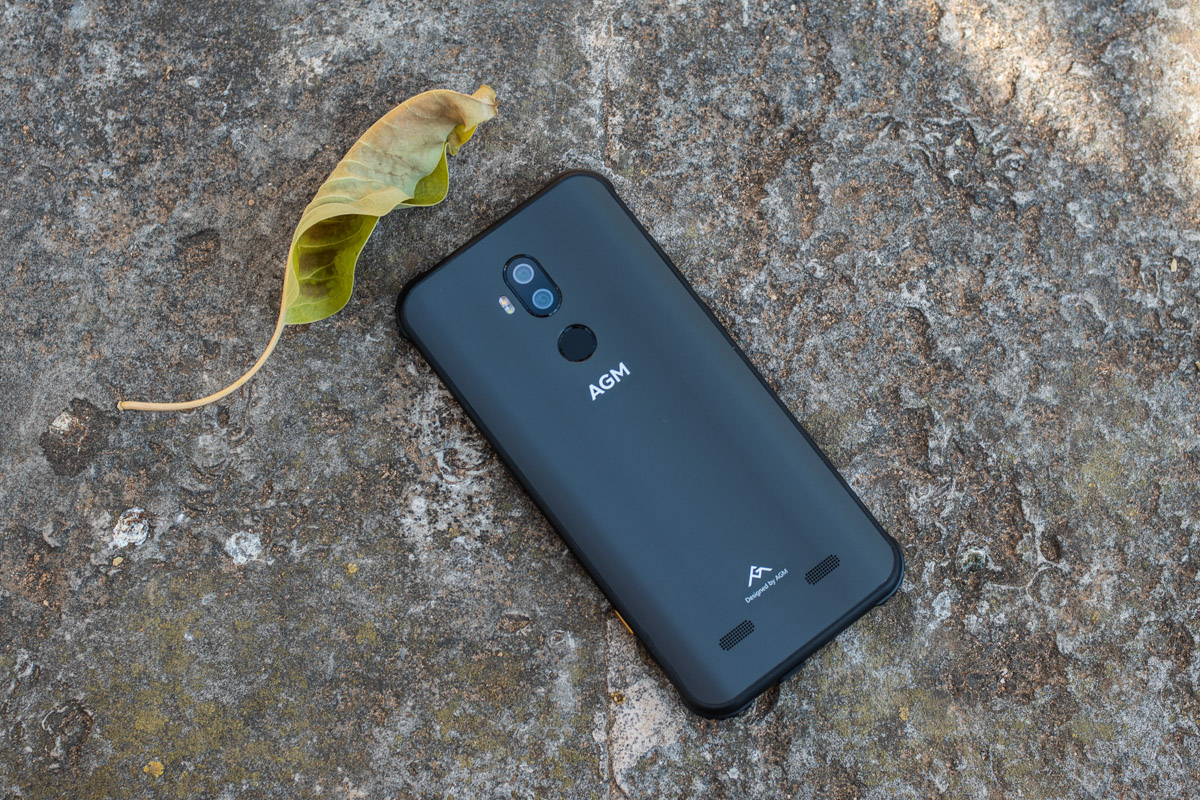