Oh, how often I have to repeat the phrase “Sorry, my English is bad” abroad, which hinders to enjoy the journey to the full. Sometimes, I want to express my desires distinctly and clearly in a store or a restaurant, but not to show by gestures. When the developers from Holland contacted me and offered to test the Travis Touch Plus pocket translator, my happiness had no bounds. As it turned out, the guys hit the nail on the head!

Travis translators saw the light thanks to the crowdfunding – Indiegogo platform – this is when the author publishes an idea, and ordinary people support it with money. The idea was so much liked by network users that it raised several million dollars, which exceeded the expected result by several times. The most important thing is that the creators didn’t only raise money, but also were able to realize their idea. 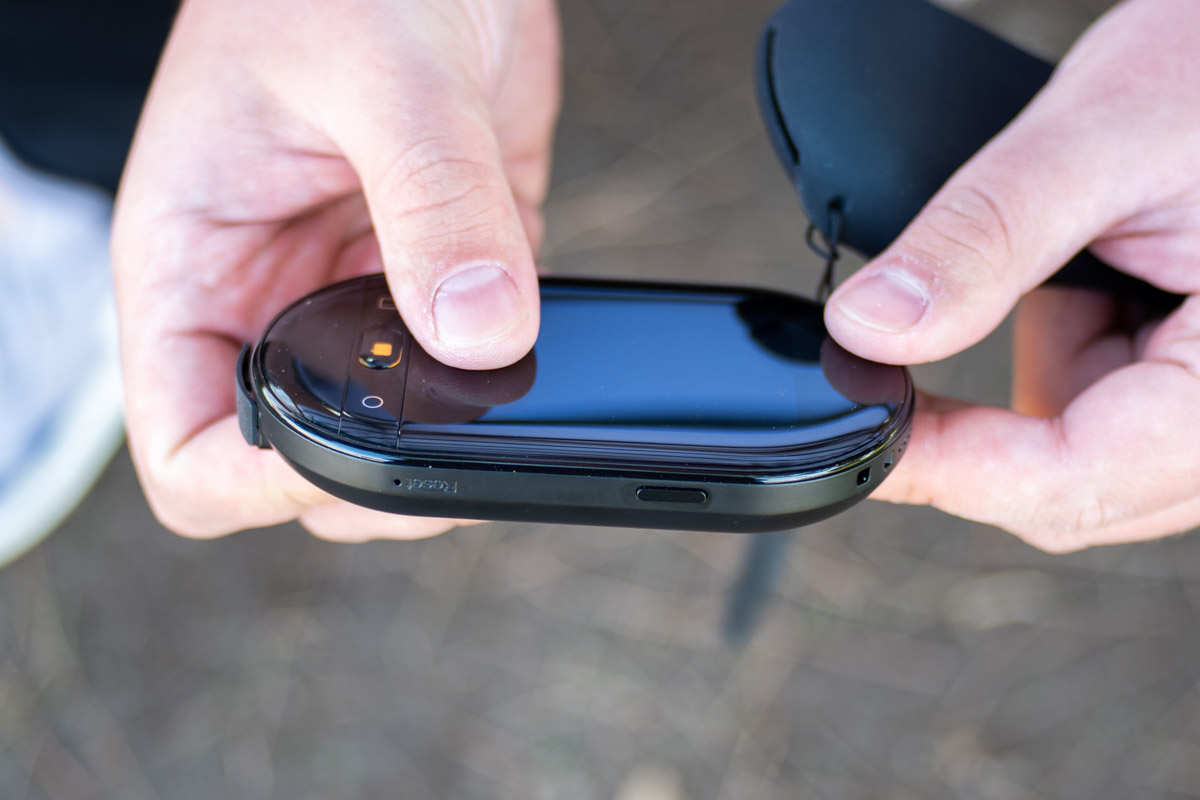 The Travis Touch Plus case has compact dimensions and fits comfortably in the hand. Most importantly, the device turned out to be light and doesn’t notice particular attention as an expensive smartphone. The translator is made of high-quality materials, so it’s very good to work with him. There is a soft silicone cover that protects the device from damages. 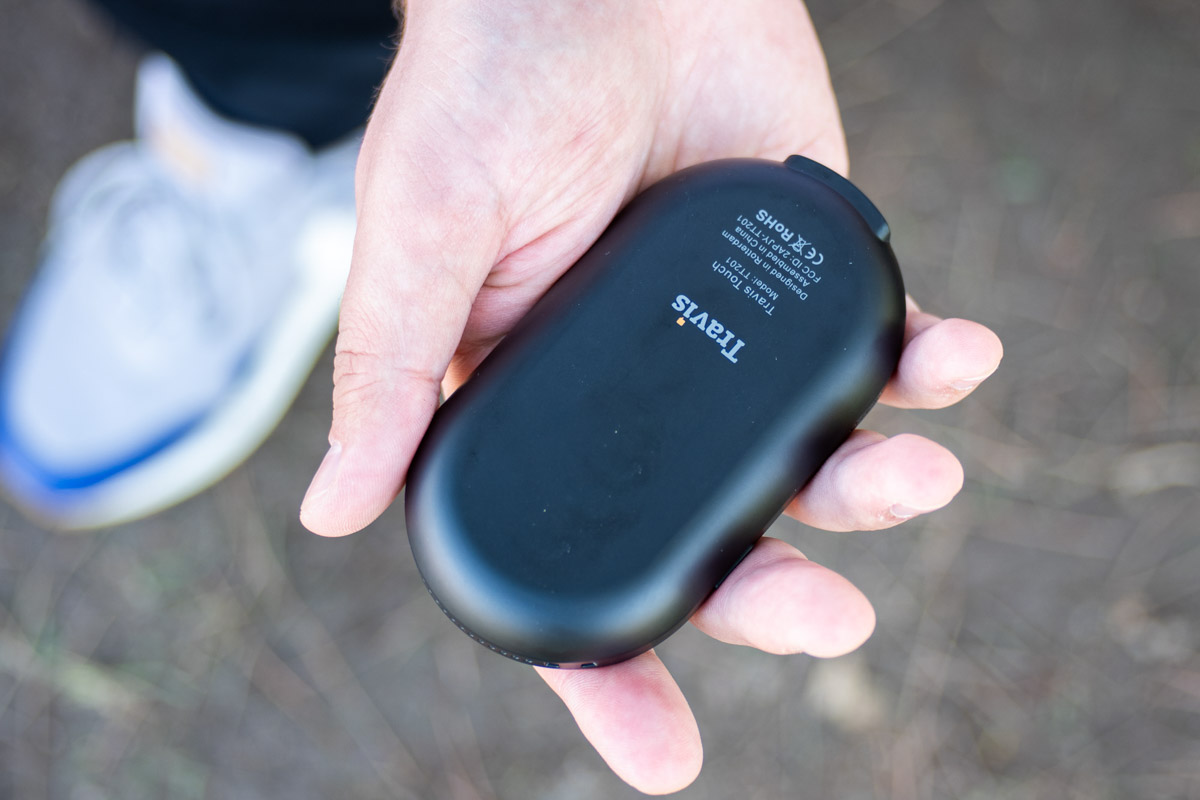 The touch screen has an oval shape and is quite informative. The matrix allows to view the image at any angle that doesn’t fade much even under the bright sun. The only thing – I couldn’t find the possibility to change the brightness of the screen in the settings. By the way, the battery capacity is 2500 mAh, which allows the device to work for several days. There is a wireless charging support. 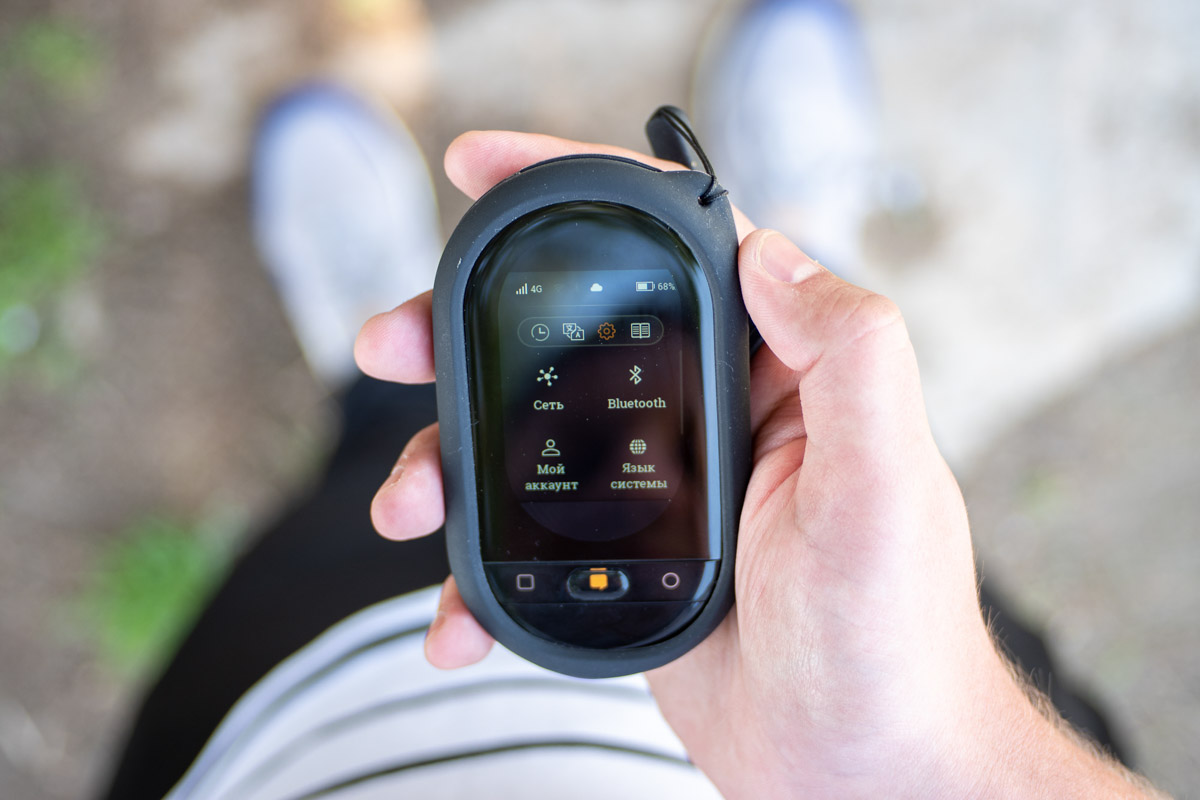 Android operating system is used as a base, but Travis Touch Plus works with its own exclusive shell. The system itself supports several languages, including Russian, Chinese, Japanese and Arabic. More than 100 languages can be used for translation, which support real-time conversation. The device can store up to 16 languages in memory and change them as needed.

Uploading new languages occurs after connecting to the Internet, which can be done in two ways: Wi-Fi and 4G. Global SIM card had already been installed in my Travis Touch Plus, which worked flawlessly in several countries. It’s possible to use the device as an access point, which is also convenient while traveling. 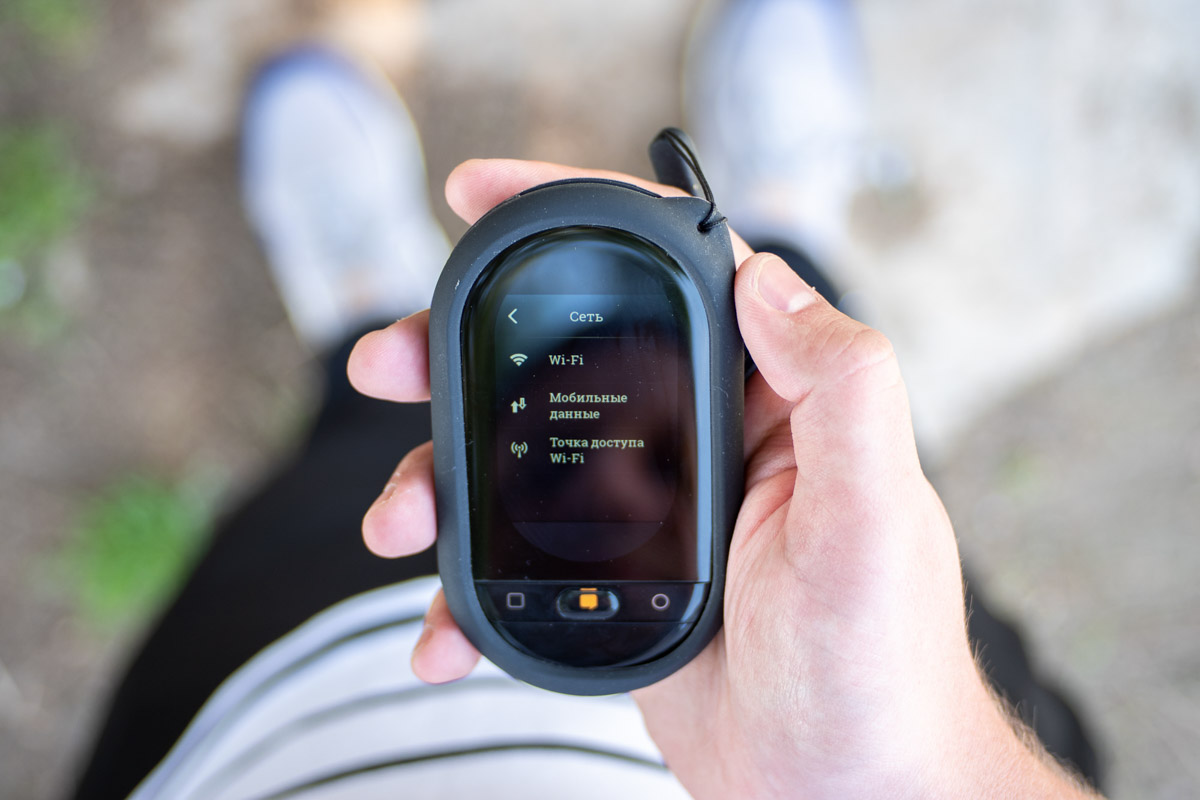 A microphone and speaker with noise reduction system are provided for communication. That’s why Travis Touch Plus understands you even in a noisy street. By the way, it can be used as a voice assistant and one may ask to show the current weather or exchange rate. I think that this functionality’ll be expanded in the future. The headset may be connected by means of the mini-jack connector or Bluetooth. 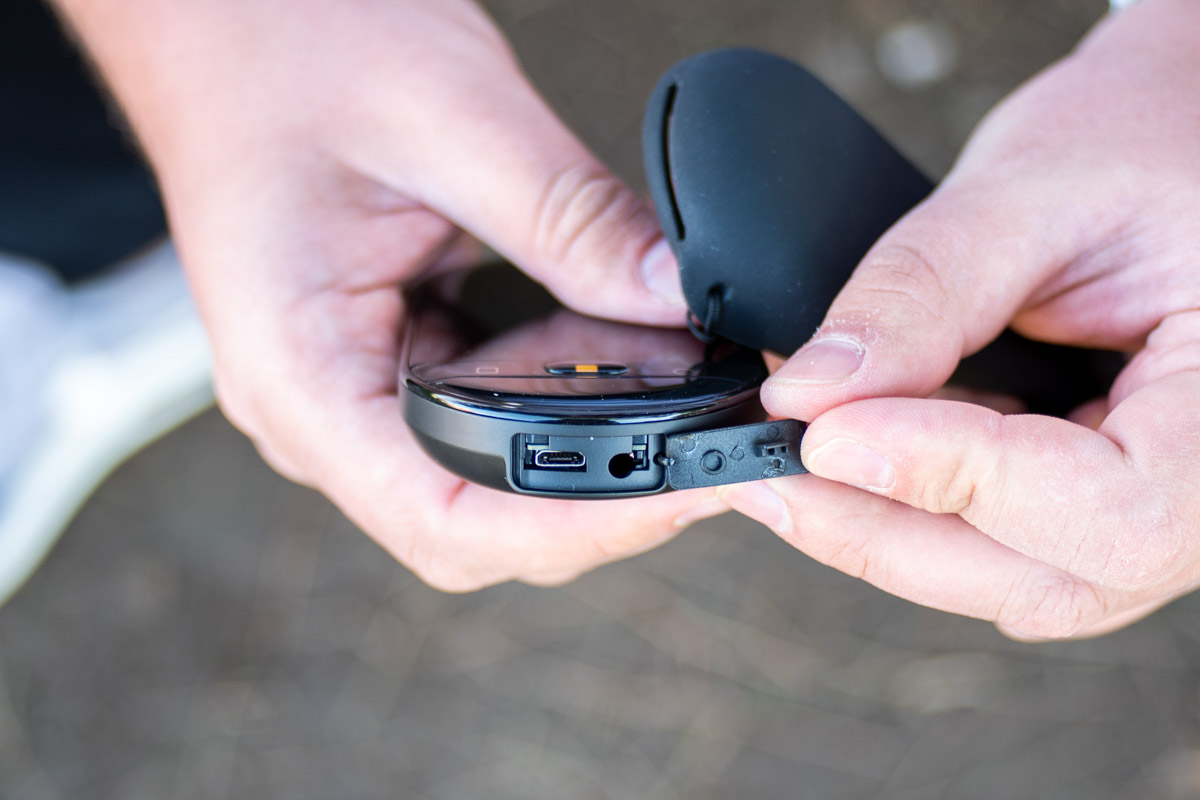 Travis Touch Plus interface is maximally simplified if one compare it with Android-devices. As the saying goes, all the things needed and extremely obvious. If something is unclear, you can use the voice assistant, which can perform the necessary settings at your request. Just press the button to start communication and say the phrase, after 1-2 seconds, the translation’ll appear on the screen, which will be pronounced by voice. 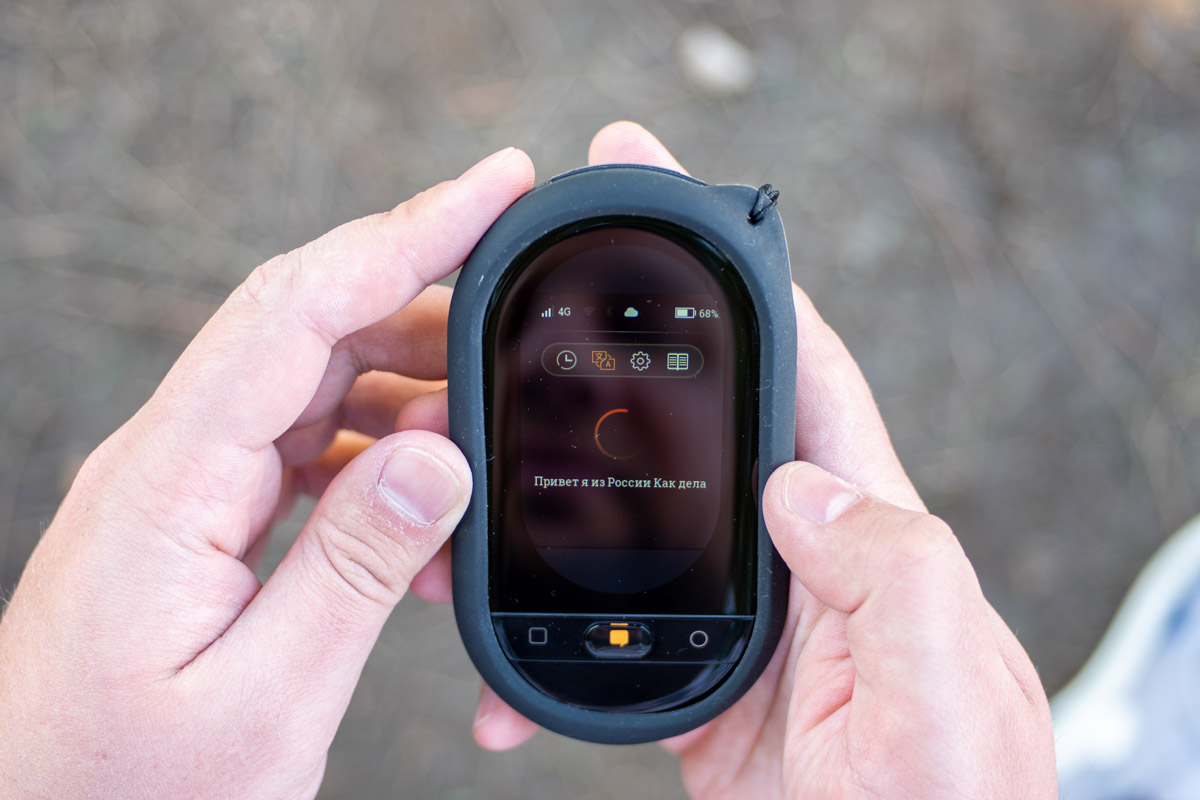 Training mode helps to memorize the “duty” phrases before traveling to a new country. You pronounce a word or a whole sentence in your language, and Travis Touch Plus says the same with the translation. Then, you need to repeat and if you pass the test of artificial intelligence, a green check mark’ll appear on the screen. 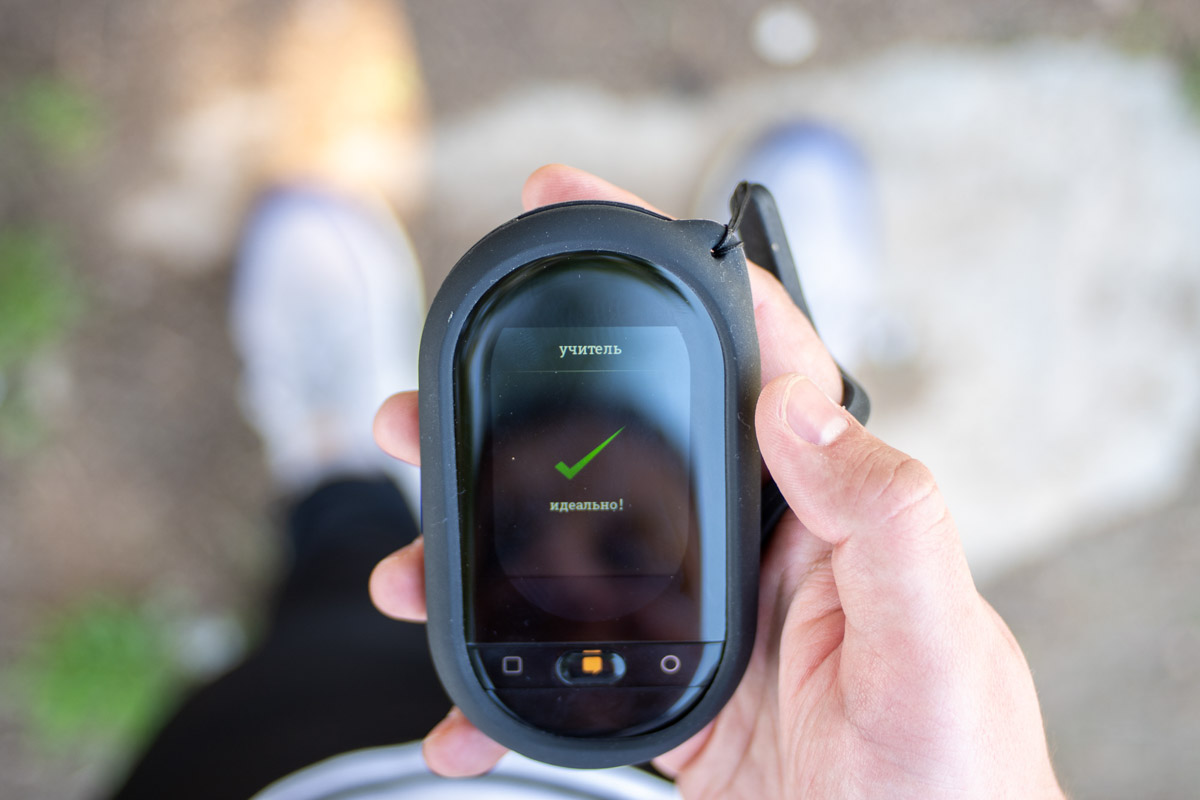 According to my personal experience, I can say that the most difficult thing for electronic translators is to understand the Chinese language. More than once I was a witness of how the inhabitants of the Celestial laughed, tearing stomachs, over the phrases issued by the same Google. So, I asked my Chinese friend, who knows Russian language quite well to check out Travis Touch Plus.

The test results showed that while translation from Russian to Chinese and back Travis makes about 5 out of 10 mistakes. For example, instead of the phrase “Hello! How are you?” it just said Hello twice, saying “Hello! Hi”. Instead of a question “Have you eaten today?” translator asked “Did you have dinner tonight?”. The situation changed sharply when we started to communicate in English and Chinese. In this case, the device has been mistaken 8 times out of 10. 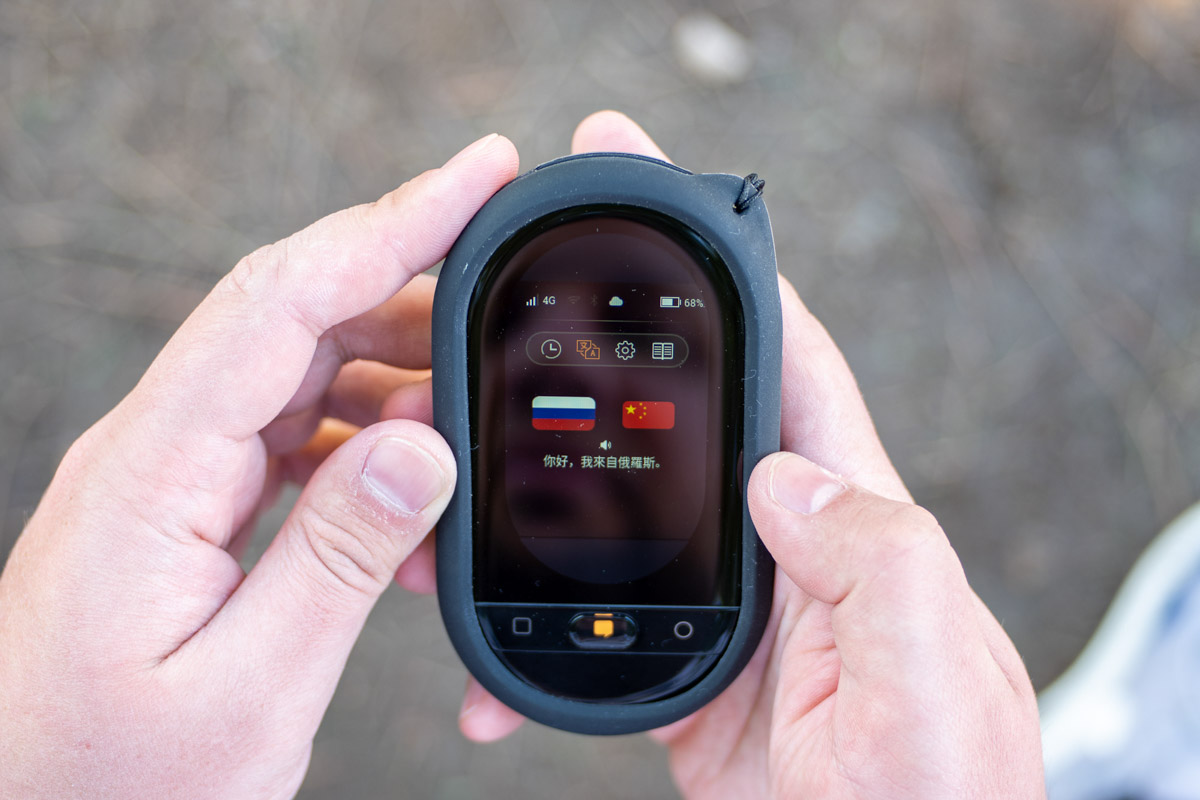 Of course, Travis Touch Plus isn’t a panacea and, anyway, it’s needed to learn the language. It’s very difficult abroad without having basic knowledge of spoken English. But, what are we talking about, when seven flights are planned during two weeks and three countries are awaited, where people speak different languages. In this case, the pocket translator’ll become an excellent ‘wand-lifesaver’ and won’t let to die of hunger. In addition, the training mode’ll allow to memorize typical phrases quickly during the flight, when there’s absolutely nothing to do. And the most important question is, will I use Travis Touch Plus in my work? Of course I will, I’m sending the guys from Holland great respect, in fact they made a really convenient and useful device. 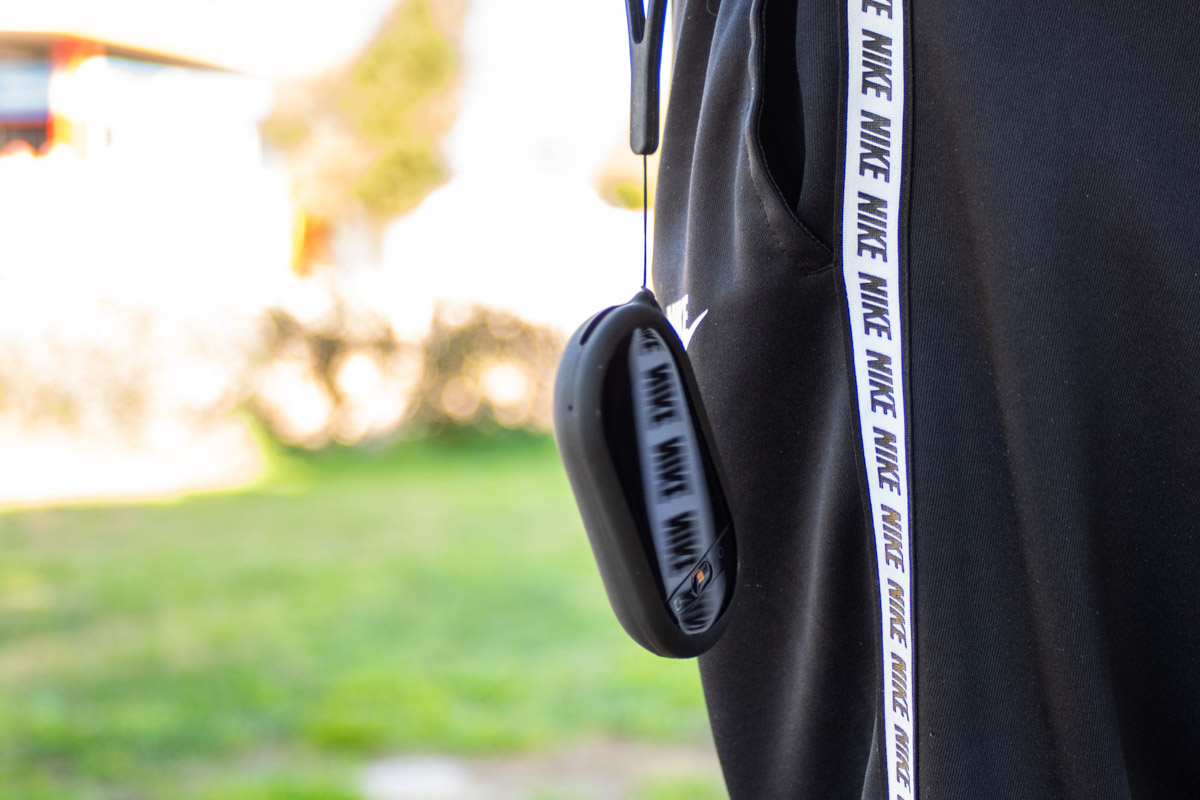 Advantages of the Travis Touch Plus pocket translator:

Things to work on: